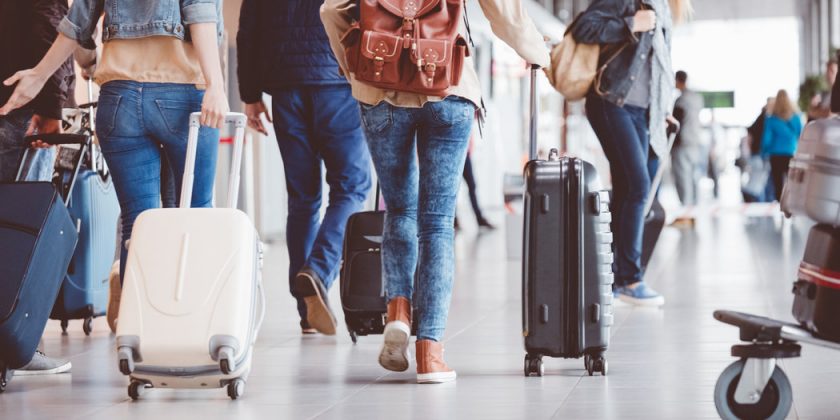 Parents tend to think of getting in to college as the finish line of a race. They may worry about their high schooler’s grades, or tech usage, or friend group, but tell themselves, “As long as my kid gets off to college, it will be fine.”

Unfortunately, that’s not always so. Thirty percent of freshmen won’t return for their sophomore year, and the wheels can start to fall off as early as Thanksgiving. We don’t talk about it much, but many teenagers go away to college only to recognize — either because of their grades, their habits, their mental health or all of the above — that they’re not ready for college life.

When the new batch of freshmen arrived on campus this fall, many of them were greeted as members of the class of 2022, based on the old assumption that college is a four-year program. In fact, according to data from the nonprofit Complete College America, only 20 percent of students complete a bachelor’s degree in four years.

And only 57 percent of students who enroll in college will graduate in six years. It’s not only the underachievers. Burnout is common among high-achieving high school students who sacrificed sleep and relaxation for four years to get into their college of choice, only to find once they get there that they can’t imagine another four years of grind.

Regardless of the reason for returning home, it can be devastating. Devastating for parents, who have spent money that could have been put toward retirement. Devastating for students, who feel the weight of their parents’ disappointment, and their own lack of confidence in themselves.

We are on the front lines of working with these families. Bill is a clinical neuropsychologist, and Ned owns a college prep company, and we know at least six young people who have already left college this year as freshmen, and two others who have left as sophomores.

As we see it, there are two critical issues at hand. First, college life is a highly dysregulated environment with inconsistent sleep patterns and diets, little structure, and an abundance of binge-drinking, pot-smoking, and abuse of stimulants like Adderall. Second, students haven’t been given control of their own lives until way too late. You wouldn’t tell a kid to merge onto the freeway the first time he gets behind the wheel of a car, and yet that’s essentially what we do in expecting students to go from parental control to near-total freedom.

We worry about college life a lot, and for good reason — on many campuses, including at highly elite universities, one out of every three freshmen reports symptoms of a psychological disorder, and the number of students seeking mental health care on campus is increasing rapidly. According to the American College Health Association, 62 percent of undergrads reported feeling “overwhelming anxiety.”

Lack of sleep, common on college campuses, especially affects people who are vulnerable to anxiety and mood disorders. Compounding the problem, when teenagers and young adults don’t sleep enough, they’re more likely to misuse caffeine, alcohol and drugs to deal with mood swings. Another way to handle those mood swings? Another way — other than the late-night coffee — to prepare for that exam? Sleep. It’s no great surprise that studies show that sleep and grades are intertwined across all grade levels.

In college culture, binge drinking is common. Whereas once kids drank to have fun, as early as the 2000s researchers began seeing a trend of kids drinking to manage negative emotions. They are also increasingly using pot as a way to manage anxiety, but chronic use may actually contribute to anxiety and mood disorders, as well as to psychosis. Bill’s practice has seen six college students in the last two years who were hospitalized after psychotic breaks, all of whom were heavy pot smokers. We also worry about the increase of nicotine addiction among young people, as kids turn in large numbers to vaping without necessarily recognizing its risks.

The problems start well before freshman orientation, however, and the teenagers are not the only ones to blame. For so much of these students’ lives, their parents, teachers, tutors and coaches have told them what to do and when. Ned frequently will offer to schedule a follow-up tutoring session with a high school senior, only to have them say, “I don’t know my schedule. Check with my mom.” Many have not developed the skills to run their days — filling their prescriptions on time, getting their homework done without being nagged, or turning off their phones for long enough to focus.

If you question your teenager’s readiness for college at the end of high school, you cannot expect that he or she will be ready by fall. It takes time, practice and some failure to learn how to run a life. And you don’t want your child to learn these lessons in an environment that is as toxic as it is expensive.

[Read more about helping a teenager to be ready for college.]

Options like gap years or plain and simple work experience can help students mature so that when they do enroll, they are more likely to be successful. For highly stressed, high-achieving students, a gap year offers time to recover from high school before tackling college. Other students may benefit from starting at local or community colleges.

If you have a student who has started college, the struggle may be evident in midterm grades. Many parents, however, don’t see those grades. We often recommend that parents — particularly those of vulnerable students — make signing the grade release a prerequisite of funding college. After all, you wouldn’t invest in a company without being able to see its quarterly earnings.

It’s tricky: We want to support student autonomy and not extend the problem of too much parental oversight in high school to college. At the same time, we’ve seen many kids who rarely go to class and their parents never know. Given the expense of college, parents are well within their rights to say, “I need to see that you’re working hard enough in order to justify my spending this money on your future.” The parents’ role is to avoid disaster, not micromanage short-term performance.

It may be worthwhile to try to carve out some quiet time during the Thanksgiving break to talk to your student about how the transition is going. For some, it can help to look into support services on campus, whether in the form of tutoring or mental health counseling. But at the end of the day, what your child needs most is practice running his or her own life — and college is a risky place to do that for the first time.

Both parents and students need to figure out how to adjust to the independence of college life, calibrating a new level of parental support so that the student is not merely launched to college but ready to thrive there.

William Stixrud and Ned Johnson are the authors of “The Self-Driven Child: The Science and Sense of Giving Your Kids More Control Over Their Lives.”