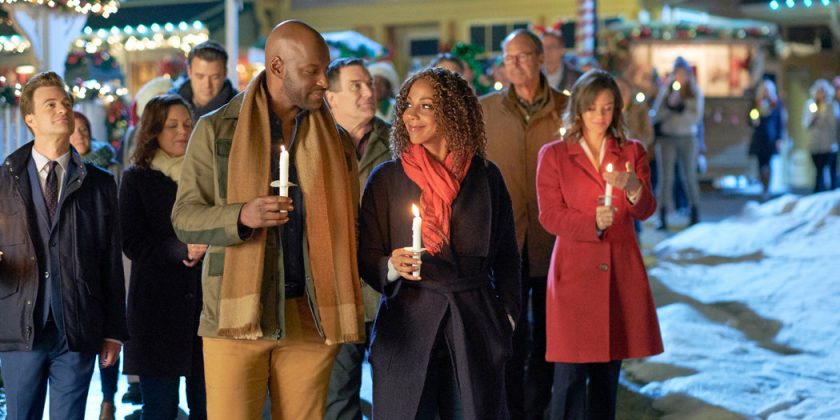 “My Brilliant Friend” makes its debut, and witness strife and genius in “Good Will Hunting.”

CHRISTMAS IN EVERGREEN: LETTERS TO SANTA 8 p.m. on Hallmark. When Lisa visits her hometown, Evergreen, she meets Kevin, a contractor who helps her restore the general store, and the two find themselves falling for each other. But when distance threatens their love, and Lisa finds an old letter to Santa in a mailbox, she and the locals rally to recreate the nostalgia of Christmases past. The magic might just help the couple out. 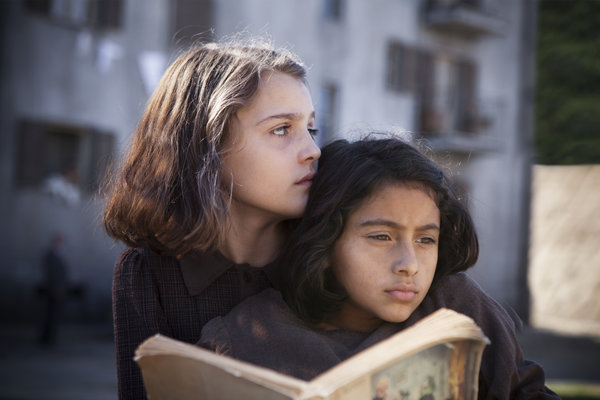 MY BRILLIANT FRIEND 9 p.m. on HBO. This series, filmed in Italian and based on the four Neapolitan novels by Elena Ferrante (who never actually corresponded face-to-face with the show’s director), revolves around the 60-year-old author Elena Greco (played by Elisa Del Genio as a child and Margherita Mazzucco as a teenager) and her longtime friend Lila (Ludovica Nasti as a child and Gaia Girace as a teenager). Lila disappears, and as Elena writes about their relationship, she finds herself recessing into her memory, recalling the birth of their friendship in 1950 to learning how to navigate the rough streets of Naples as adolescents. In his review for The New York Times, James Poniewozik called it a standout “in an HBO drama-series lineup that has been dominated by turbulent men” and named it a Critic’s Pick.

RETURN TO AMISH 10 p.m. on TLC. In this Season 5 premiere, Mary, Sabrina, Jeremiah and Carmela continue to attempt to acclimate to their new lives. Mary has to decide if she’s going to rejoin the Amish church while Jeremiah and Carmela find themselves struggling in their marriage as they try to start a family and pull off a cross-country move.

GOOD WILL HUNTING (1997) iTunes, Amazon, Google Play, Netflix and Vudu. Will Hunting (Matt Damon) is a genius — and troubled and perhaps misguided. While living in a rough Boston neighborhood and working as a janitor at M.I.T., he solves a graduate-level math problem left up on a blackboard. His talents are discovered by a professor, Gerald Lambeau (Stellan Skarsgard), who tries to groom Will into the mathematician he believes he can be. But when Will gets himself into serious trouble, he’s given an ultimatum: jail time or therapy. He opts for counseling, and winds up a patient of Sean Maguire (Robin Williams), who finds Will a challenge both professionally and personally.

SIXTEEN CANDLES (1984) iTunes, Amazon, Google Play, and Vudu and Netflix. This cult classic is a pinnacle of teenage angst. On her 16th birthday, a day supposed to be filled with excitement, Sam (Molly Ringwald) feels as if her world is crumbling around her. Her entire family forgets her birthday, the only boy pining for her affection is a geeky freshman (Anthony Michael Hall) and to top it off, her crush, Jake Ryan (Michael Schoeffling), intercepts a note in which Sam confesses her love for him. In her review for The Times, Janet Maslin called the film a “cuter and better-natured teen comedy than most.” So, if you’re looking to escape into a world of perms, shoulder pads and young love, this film is your getaway.