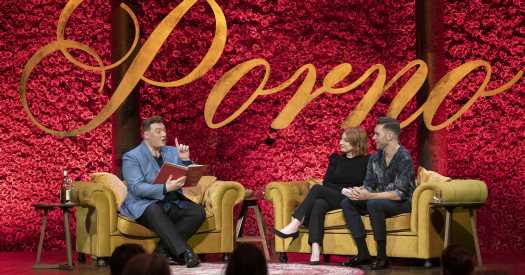 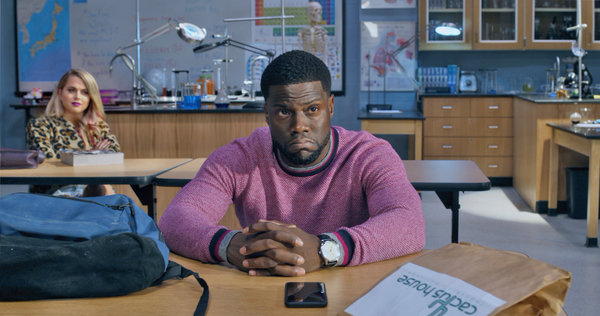 NIGHT SCHOOL (2018) 8 p.m. on HBO; stream on HBO platforms. Kevin Hart and Tiffany Haddish star in this comedy about a high school dropout who takes night classes to earn his G.E.D. after losing his job. The duo make for comedic gold, but somehow their chemistry couldn’t lift this movie up to its fullest potential. The plot “sometimes accelerates in the direction of genuine hilarity,” A. O. Scott wrote in his New York Times review, “only to downshift into sloppy, easy jokes and gags.”

SATURDAY NIGHT LIVE 11:30 p.m. on NBC. Emma Thompson hosts “S.N.L.” for the first time, while the Jonas Brothers perform. Thompson returns to the big screen on June 7 in the comedy “Late Night,” in which she plays a late-night host who hires a female writer (Mindy Kaling) in hopes of breathing new life into her show. Also on June 7, the Jonas Brothers will release their first album in six years, “Happiness Begins.”

SOMETHING IN THE AIR (2013) Stream on Hulu or Mubi; Rent on Amazon, Google Play, iTunes or YouTube. With Olivier Assayas’s new dramedy, “Non-Fiction,” in theaters, revisit his semi-biographical drama “Something in the Air.” It follows Gilles (Clément Mettayer), an aspiring painter who gets swept up in political movements in France after the student protests of May 1968. He tries to find himself amid the fervor and slips in and out of relationships with two women: the free-spirited Laure (Carole Combes) and the more serious and politically minded Christine (Lola Créton). All of the characters search for a salve for their post-revolution disillusionment; in Gilles’ case, the remedies are sex, exploration and art. A. O. Scott described Assayas’s method as “observant and immersive” in his review in The Times, adding that the “somewhat messy narrative is propelled by fidelity to feeling rather than by the machinery of plot.”