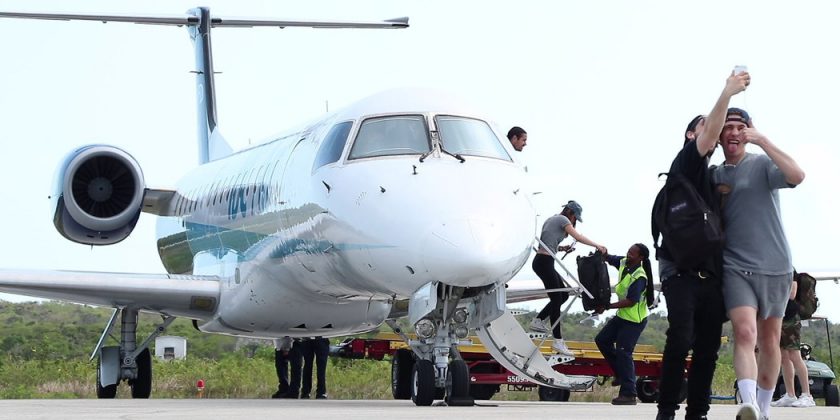 Stream Netflix’s behind-the-scenes documentary on the failed Fyre Fest, and the Season 5 premiere of “Grace and Frankie.”

FYRE: THE GREATEST PARTY THAT NEVER HAPPENED on Netflix. The viral unraveling of Fyre Festival became a big punch lines of 2017. What was originally billed as an ultraluxury music festival in the Bahamas — organized by the entrepreneur Billy McFarland and the rapper Ja Rule, and promoted by supermodels like Kendall Jenner and Bella Hadid — in fact involved soggy tents and deconstructed cheese sandwiches upon the arrival of hundreds of festivalgoers. The documentarian Chris Smith, who directed “Jim & Andy: The Great Beyond,” dives into what went wrong, and how millennial revelers were duped, by talking with festival organizers. Absent from Netflix’s documentary is an interview with McFarland, who was sentenced to six years in prison for fraud in October. He gave an exclusive interview to Hulu, which released its show about the festival, “Fyre Fraud,” days before the Netflix release. In his review of both films, Wesley Morris of The New York Times says, “You watch both movies in a kind of fascinated horror at how easy it was for McFarland to create a network of what appears to be unwitting co-conspirators to help him plan an experience that wound up losing $24 million.”

CARMEN SANDIEGO on Netflix. Where in the world is Carmen Sandiego? You can find her on Netflix in that streaming service’s new animated show, voiced by Gina Rodriguez. The 10-episode series is based on the globe-trotting criminal mastermind of the late-1980s educational video games, but aims to uncover more about the title character’s back story, from her time as a student at V.I.L.E. Training Academy for Thieves through to her transformation to a crook who steals valuable artifacts from other crooks. Finn Wolfhard, of “Stranger Things,” stars alongside Rodriguez in the series as her trusted sidekick, Player. 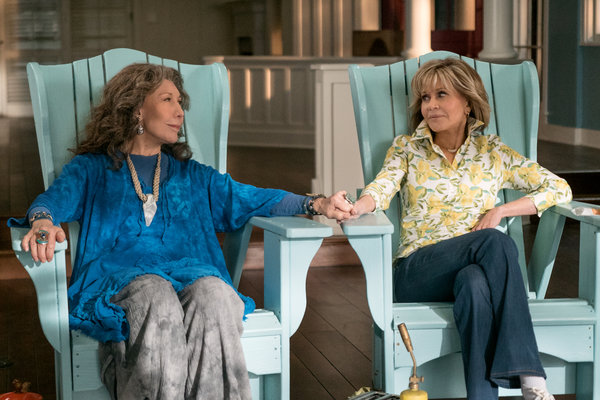 GRACE AND FRANKIE on Netflix. The complete fifth season of this buddy comedy finds the title characters (played by Jane Fonda and Lily Tomlin) continuing in the new chapters of their lives since their husbands (played by Martin Sheen and Sam Waterston) revealed they are gay and left their wives for each other. If Netflix’s trailer is any indication, fans can expect breaking-and-entering, New Age cults, marijuana edibles, some ill-timed nudity, a guest appearance by RuPaul and possibly even new love interests for the frenemies.

CHRIS DISTEFANO: SIZE 38 WAIST 11 p.m. on Comedy Central. This New York comedian, who just signed an overall deal with Comedy Central, performs standup in his hourlong special, in which he criticizes grown men in suits commuting to work on scooters, and likens his 2-year-old daughter to “a miniature baby woman.”

REAL TIME WITH BILL MAHER 10 p.m. on HBO. This comedian and satirist begins the 17th season of his talk show with the N.F.L. running back Marshawn Lynch and John R. Kasich, whose term as governor of Ohio ended this week.