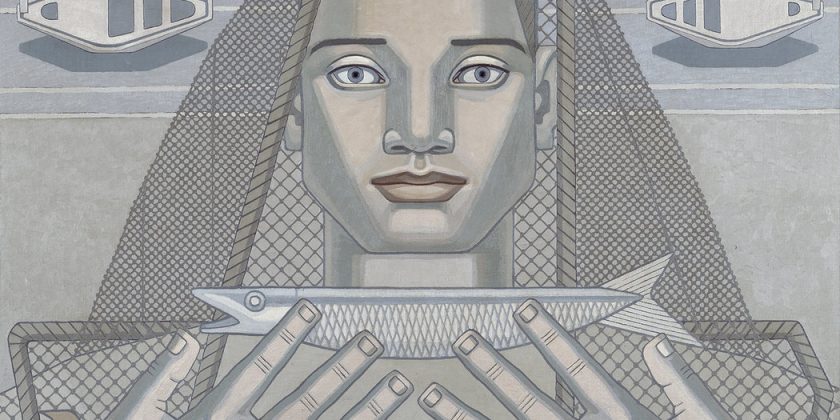 Maruja Mallo — whose given name was Ana María Gómez González — was an avant-garde painter living in Madrid in the 1920s and early ’30s, before fleeing to Argentina at the start of the Spanish Civil War. (She returned to Spain in 1965.) Mallo pursued Surrealism in the company of Salvador Dalí, the filmmaker Luis Buñuel and the poet Federico García Lorca, but as with many female artists, her contributions are only beginning to be studied.

“Paintings 1926-1952,” the current exhibition of Mallo’s work at Ortuzar Projects, is her second ever in New York City, after one in 1948. It presents a small selection of paintings made over a 26-year period in which she moved through distinct styles, from varieties of Surrealism to a riff on social realism to portraiture. The result is somewhat hodgepodge, but it’s best treated as an introduction.

The standout is “Arquitectura Humana/El Pescador” (Human Architecture/The Fisherman”), a 1937 painting that’s dominated by a blocky, androgynous human who wears a net like a nun’s habit and holds up a fish. This muted work is mesmerizing and enigmatic: It suggests a muralist paean to working-class life on the sea but lacks the expected energy of celebration. Along with the show’s other strong paintings, it demonstrates Mallo’s skill at composing scenes that subtly unsettle. She does so to lighter effect in three 1942 examples from her series Naturalezas Vivas (Living Nature), all featuring shells, flowers and other natural objects floating atop one another, like miniature, fanciful totem poles. Their rounded forms and pointed protrusions tease out a latent eroticism, while the composite constructions look almost mechanistic. Set against indeterminate backgrounds, they seem to represent the delicate and mysterious balance of the world. JILLIAN STEINHAUER 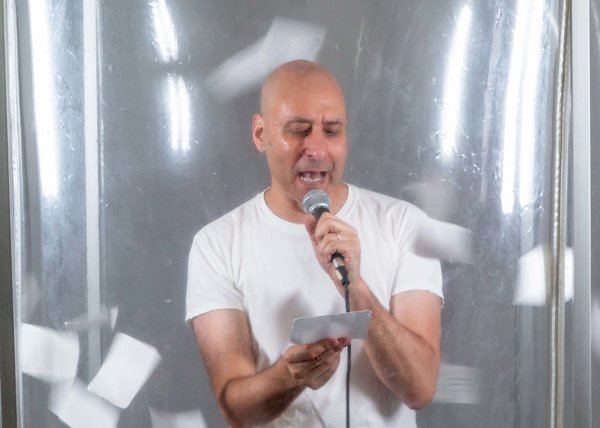 The video artist Neil Goldberg called his new show at Cristin Tierney gallery “Vote in the Midterm Elections” because, he explains in a handout, “It’s confusing to try to get people to see your art exhibition while the world is going up in flames.” The title’s concession that there may be more important things in the world than art also encapsulates the self-flagellating Jewish guilt and drive to find meaning in daily minutiae that characterize these assembled works of photo, video and installation.

Acting as a comic centerpiece is “Inhibited Bites: (Magic) Box Set,” a revolving glass raffle drum filled with more than a thousand of the index cards the artist has spent decades scrawling with insightful sentence fragments and one-liners like, “How my therapist told me not to trust my gut.” On most Fridays and Saturdays during the show’s run, Mr. Goldberg will be on hand to pull these cards out as prompts for conversation with gallery visitors, but the piece works well without him, too, as a self-deprecating stand-in for an obsessive stream of anxious digressions.

Imbuing that same metaphor with devastating pathos is the short 2001 video “A System for Writing Thank You Notes.” In a close-up, no-frills monologue reminiscent of Claude Lanzmann’s “Shoah,” Mr. Goldberg’s engineer father, Elliott, enumerates into the camera, without visible emotion, the 18 set phrases that he and Neil came up with to streamline responses to people paying condolences to Elliott when his wife died. (“7A: We hope you’ll think of Shirley as she was in the photo.”) It’s a reminder that, however you break it into bite-size pieces or apply a fantastic system of organization to it, there are some kinds of pain that just won’t go away. WILL HEINRICH

Martha Edelheit is yet another indication that 20th-century art history is still under construction, with large areas unfinished or invisible. Ms. Edelheit was included in last year’s “Inventing Downtown: Artist-Run Galleries in New York City, 1952-1965” at the Grey Art Gallery, which featured several artists unfamiliar to wider audiences. Now “Flesh Walls: Tales From the 60s” at Eric Firestone is devoted to Ms. Edelheit’s work from that era. She was part of the downtown, artist-run Reuben Gallery, where she had her first solo show in 1960.

The “Flesh Walls” title is not metaphorical or accidental. Ms. Edelheit’s meaty, sexy paintings and drawings iterate tales of the sexually permissive ’60s. She approached the human body through the skin, inspired initially by the writings of the anthropologist Claude Levi-Strauss, who suggested that the body was the original canvas for painting, in the form of tattoos. Ms. Edelheit’s early works, which focus on the body-ink style of drawing of tattooed circus performers, are interesting for their vivid coloring and curious detail.

Her work achieved liftoff in the mid-60s, though, in lush, mural-size paintings jammed with nude bodies. “Female Flesh Wall” (1965) is a dense canvas depicting women in a spectrum of colors, while two other 1965 “Flesh Wall” paintings include prosaic objects like ladders and tables, which ground the otherwise buoyant paintings. Ms. Edelheit’s paintings are redolent of art history: Rococo church domes, 19th-century academic painting, countless avant-garde artists. (She also studied with the distinguished art historian, Meyer Schapiro, at Columbia University.) Nonetheless, her paintings are bracingly fresh and pertinent. With human (and particularly female) bodies constantly in the news — as objects of violence, politics and commerce — and contemporary figurative painting flourishing, her canvases are full of pleasure — and look like they could’ve been made yesterday. MARTHA SCHWENDENER 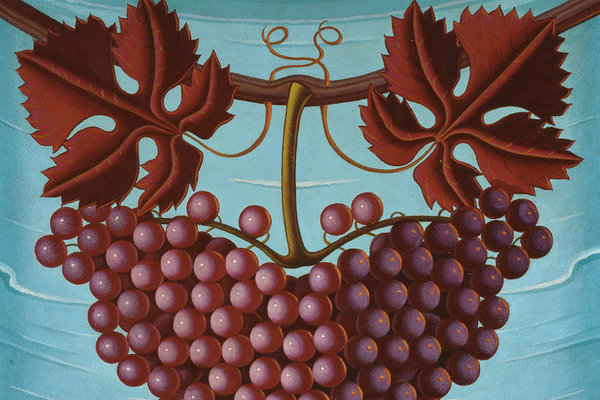 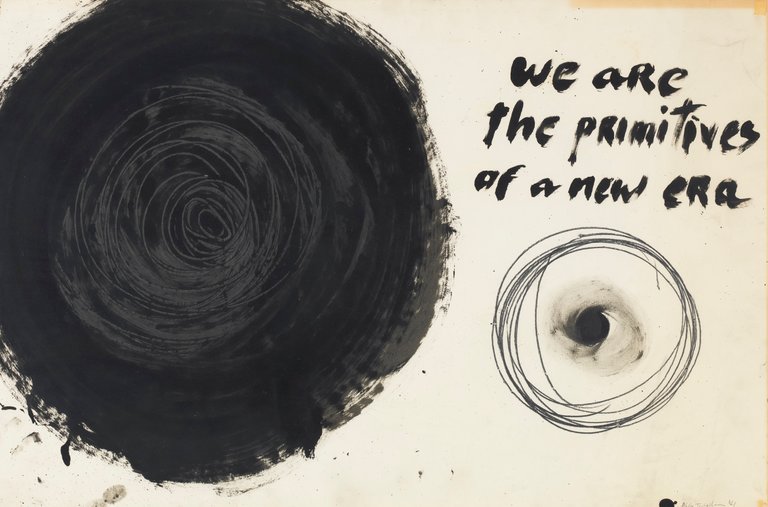