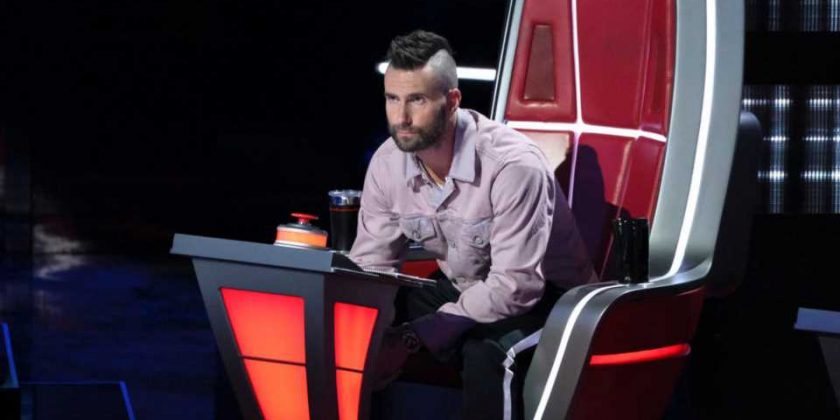 A week after the fact, the initial shock factor of Adam Levine’s seeming abrupt decision to exit The Voice has dulled ever-so-slightly with time. However, the question of why remains — more than ever in light of reports that Levine walked away from a $30 million payday. It’s common knowledge that Levine wasn’t a fan of the reality singing competition’s new format, but that can’t be his sole motive, can it? Because, real talk, $30 million is a lot of money. A lot. And while Levine probably isn’t hurting for money, it would undoubtedly take a lot to inspire any person to leave a figure like that on the table.

Per The Hollywood Reporter, Levine had signed on to appear in two more cycles of The Voice before Carson Daly revealed the Maroon 5 frontman had opted to leave early. Sources told THR that Levine’s per-season salary was in excess of $14 million, adding up to that whopping $30 million missed paycheck that has everyone scratching their heads. One possible reason, suggests THR, is that Levine was suffering from burnout due to The Voice’s demanding schedule. The show reportedly involves long shoot days, allowance for extensive edits, live shows, press and more — all of which cut into time Levine has to pursue other creative endeavors, like writing new music or touring.

That, coupled with Levine’s criticism of the show’s gimmicky new tactics (namely the Live Cross Battles), could have been enough to make Levine want to leave.

But was there also tension building behind-the-scenes that contributed to Levine’s untimely exit? The answer is yes if you ask Page Six. Per the outlet, the final straw turned out to be Levine’s behavior at the NBC Upfronts presentation on May 13. Having no contestants left in the competition at that point, Levine reportedly felt it was unfair for him to have to attend. As a result, he was “very difficult” during the taping and appearing entirely apathetic while performing on the stage alongside his fellow Voice judges. “Adam had been checked out for a while, but this was a new low. It was essentially the straw that broke the camel’s back,” an NBC insider allegedly told Page Six.

Levine’s pouting reportedly made his bosses at NBC “furious,” to the point that rumors say NBC Entertainment’s co-chairman Paul Telegdy wanted Levine fired on the spot. In all fairness, though, other sources say the execs were unbothered by Levine’s behavior and understood it was a sacrifice to fly to New York on Mother’s Day.

Naturally, Levine issued his own statement describing the entire experience as “life-shaping” and something he will hold “close to my heart forever.” In it, he insisted he was ready to move on — plain and simple — but filled with gratitude over the experience. He even gave a huge shout-out to his onscreen sparring partner, Blake Shelton, gushing, “I couldn’t hide my love for you if I tried. Seriously. I tried. Can’t do it. Our friendship is and always will be one for the books. Whatever this whole surreal experience was, I’m just happy I got to experience it with you. You’re my brother for life.” Go ahead and scratch any theories about bad blood between the boys being a factor in Levine’s departure!

Besides, at this point, nearly everyone ever involved with The Voice has commented on Levine leaving, and there certainly seems to be a core sentiment: sadness. By all accounts, Levine will be missed by the crew and his fellow cast.

Which brings us back around to the major money Levine is walking away from. If he loved the people he worked with and he was getting paid a metric ton to do so, why leave? Perhaps it really was due to the rigorous schedule. Or how much he hated the show’s new format. But there is one other plausible explanation: NBCUniversal wants to keep Levine happy and focused on a different music competition show. The network’s Songland, which Levine is executive producing and reportedly heavily involved in promoting, debuted mere days after his shocking exit from The Voice.

That timing seems significant, no?  If we were cynics, we might suggest that Levine’s seemingly surprising departure from The Voice was a ploy to drum up interest for his new venture. Either way, Songland seems to be well-received so far, meaning Levine is poised to keep racking up NBC dollars… even in the absence of those giant red spinning chairs.