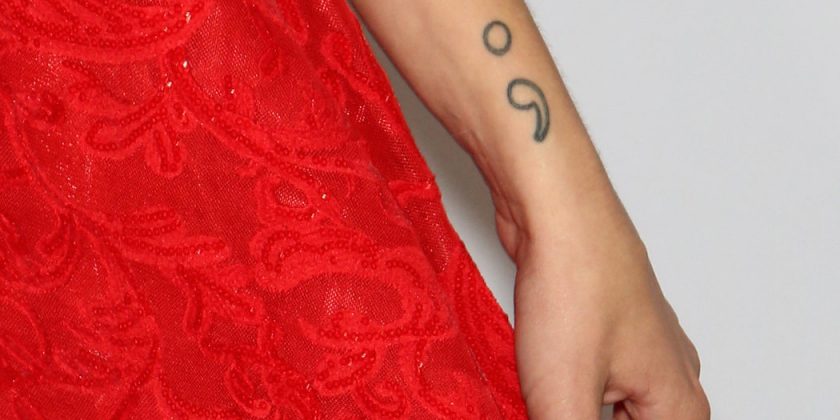 Three years after her acute leukemia was diagnosed, my patient, a woman in her early 40s, came to clinic looking as she usually did: sporting a Ben Roethlisberger jersey, and smiling ear-to-ear when I walked into the examination room.

She was from northeast Ohio, along the Pennsylvania border. Her husband, about 15 years her senior, sat next to her, as he did at every appointment. He was wearing a cutoff T-shirt with “God Bless America” emblazoned on one side, a bald eagle on the other. He got up from his chair to shake my hand, also as he did at every appointment. She had a good risk leukemia, paradoxical as that phrase may sound, and was likely to have been cured.

“I like your jersey,” I told her as I sat down near her. She beamed even brighter. She knew I was a Steelers fan too.

“The Steelers weren’t looking so good this weekend,” she said. “But I hope Big Ben will hang on for another season.”​

I nodded and knocked the particleboard desk for good luck. “What’s been going on in the past few months? I heard you were in the hospital near your home.” I had scanned her electronic medical record before entering the room, and had seen a couple of emergency room visits and a hospitalization. This was unusual — at this stage of her leukemia course, she shouldn’t be having any more symptoms.

She looked abashed and glanced quickly over to her husband, then back to me. He looked down at his hands.

“I, um …” She paused, trying to find the words. “I tried to kill myself a couple of times.”

“What?” I exclaimed, despite myself. “I had no idea! What happened?”

“I’ve been really depressed, so I took a bunch of pills, trying to end it. When I tried to commit suicide the last time, I did it when my daughter was home. She told me I had ruined her life and she won’t forgive me. But she doesn’t understand, you aren’t yourself when something like that happens. You just aren’t yourself.”

“Were you depressed before the leukemia?” I asked. I had never seen a diagnosis of depression on any of her problem lists. At every office visit, we assess patients about their mood, as if it were another vital sign. If anyone expresses sadness or despondency, it triggers an automatic social work consult. She never had any red flags.

She shook her head no, and then took a deep breath before answering. “I was raped when I was 13. Friend of my parents. I guess I suppressed it for 30 years … until I was treated for leukemia. And then it all came out.”

It wasn’t the first time patients have told me that having a life-threatening diagnosis like leukemia roused some past demons, or made them see their relationships in a different light. For some, dodging the bullet of leukemia made them cherish their partner and their parents and children even more. For others, with a second lease on life, they realized that they didn’t want to squander the opportunity with someone they really didn’t get along with, and divorce often resulted, or a rift with other relatives.

“What an awful thing to happen,” I told her. “I’m so sorry I didn’t pick up on it.” I blamed myself for not noticing her sadness. I know that patients often put on their best face for me, and try to see beyond that facade. But I missed it with her.

“Hey doc, don’t beat yourself up over it. I didn’t notice it either,” her husband said, taking her hand in his.

She chuckled. “Even though I was calm on the outside, I was screaming bloody murder on the inside. I kept thinking, ‘I shouldn’t feel this way. I should feel grateful for being alive two years from my diagnosis, when others aren’t.’ But the feeling wouldn’t go away.”

“Are you getting help for your depression?” I asked her.

“Oh yeah. For a while. When I started counseling, they told me it would feel like they were sticking a knife into my soul and slowly pulling it out. And it did,” she said, shaking her head with the memory.

“How are you doing now?” I asked, softly.

I looked down at her hand and saw a tattoo of a semicolon on her wrist, a symbol of suicide awareness, she told me. As with the punctuation mark, which writers use to extend a sentence, it stands for people who could have chosen to end their sentence, their lives, but chose not to. She had replaced the period of the semicolon with a heart.

I wondered if I should get one for myself, as a reminder that still waters in my patients often run deep.