When I set out to tell the story of the worst bushfires in Australia’s history, I figured it would be one of the biggest stories of the year. That was in January. As a producer/director for the documentary TV series “The New York Times Presents,” I spent about two weeks on the continent with my crew, recording the experiences of survivors.

Watch Friday on FX and Streaming on Hulu

[MOTOR SOUNDING] “Whoa, whoa, whoa, whoa. “Whoa.” “Move, Eve.” “I think I first realized it was going to be bad when I saw the fire come up over the mountain. Whoa, [BLEEP]. Look at that.” [ATMOSPHERIC MUSIC PLAYING] “It didn’t feel like the end of the year. It felt like—” [DRUMMING] ”—the end of the world.” [HAUNTING MUSIC PLAYING] “It’s funny looking back. We were doing our shopping, taking kids to the beach, planning our parties to ring in the new year, and all the while, oblivious to the notion that Australia, one of the first countries to welcome the new year in, would also be the first to experience the dramatic changes that it was going to bring. Now when looking back at the accounts of those who survived the worst bushfires in our history, it’s clear that their story is not just a story about fire. It’s also a story about us, how we as people react when the ground just shifts beneath us in what has become a year of upheaval.” 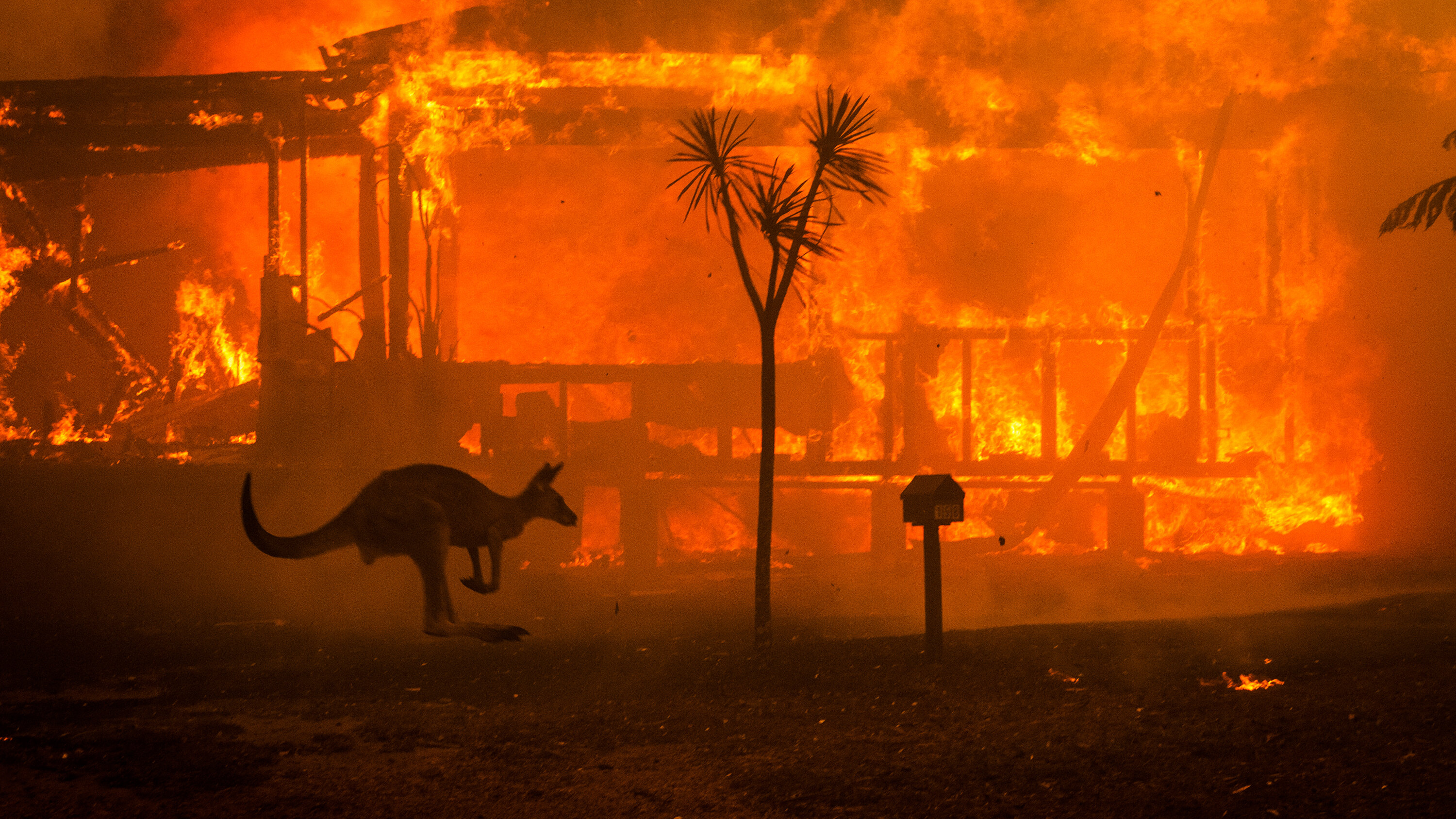 We finished the film this spring, and it was given a fall air date. (The episode, moved up, premieres on FX and Hulu on Friday.) As one colossal event followed another — the pandemic, the economic crisis, the movement for racial justice — I started to wonder if the story of fires that had decimated some 46 million acres and left thousands homeless was even worth paying attention to anymore.

Now, unfortunately, that story — along with its terrible lessons about climate change — has come home. Wildfires have scorched more than 5 million acres of the American West, leaving dozens dead and a smoke cloud that crosses the continent.

They say history doesn’t repeat; it rhymes. In this case, it practically stuttered.

Seeing images of the wreckage out West, I’m reminded of the day we were outside the town of Nowra on Australia’s southeastern coast. The smell of smoke was gone, thanks to a wind that had come through a few days earlier. All that was left were the charred trunks of dead trees as far as you could see. There were no birds singing, no crickets chirping, no wombats rustling through the underbrush. Just eerie silence.

Another vivid memory comes from later that day. We had stopped in the town of Batemans Bay, about 75 miles south, which had been pummeled by the fires. There, all you could see was house after house reduced to nothing but a chimney, a shell of a truck or two, and rubble. Stepping through the ashes and scanning the remains of what had been left behind, I felt as if I could be in Pompeii or Athens, exploring some ancient archaeological site, except that these houses had been someone’s home just a few weeks earlier.

But what I’ve been thinking about most is the way that people responded. Further down the coast in Mallacoota, we happened upon a town meeting that was packed with residents who had come to discuss a recovery plan presented by a local commission. In a sweltering golf club lounge, people lined the walls, and you could smell the sweat. But no one cared. It was clear that everyone’s lives had been devastated, and now they were all working together to figure out what to do next.

Traveling through the burned out countryside, just weeks after the fires, I was struck by how quickly and effectively communities had rallied to support those who had been affected. That generosity of spirit was partly to make up for a government response that had fallen well short of expectations. But it also stemmed from the simple fact that, despite deep political differences that divide Australian society just as they do here in the United States, people recognized that their neighbors needed help. And they reached out.

Everywhere we drove, we saw signs of the community coming to the aid of its most vulnerable members. In the town of Buchan, Stephen Duffy (known to friends as just Duffy) had traveled from the coast to camp out on farms for weeks, helping farmers get back on their feet. In Cobargo, along the south coast, I met Joe O’Donovan, who had driven hundreds of miles from Sydney with a couple of friends to deliver water tanks using their personal trucks.

In Mallacoota, between Sydney and Melbourne, Debbie Preston, who owns what seems like every housing accommodation in the devastated seaside town, moved mountains to get us into the last remaining cabin in the area — the rest had been rented out by volunteers who had come to help rebuild. Even on my flight home, I was surrounded by firefighters and park rangers from California. They had flown to the other side of the globe to lend a hand.

Witnessing all of that has left me changed in some way. Despite the despair I feel when I look out my Brooklyn window and see smoke that might have come from Oregon, I’m also hopeful. The challenges — wildfires and much more — burning through our country are enormous, but when we see those in our community suffering, we will do what Australians, Americans, humans do best. We will help.

“The New York Times Presents” airs on FX on Friday at 10 p.m. E.D.T. and can be streamed on Hulu.