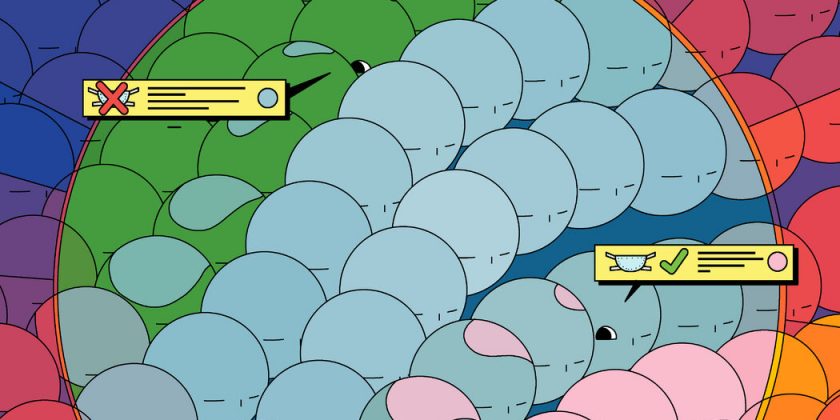 At this point, we have all the scientific information we need in order to prevent the surgings of the coronavirus: Avoid gathering indoors with people from outside your household, keep physically apart from others, wear a mask, wash your hands often. Among those who can follow these precautions — a lot of people, as policymakers should recognize, can’t afford to — too many are still disregarding public health advice. A recent report by researchers from Northeastern University and elsewhere found that the number of Americans heeding most recommendations has dropped steadily since April. (Mask-wearing, which has increased, was an exception.)

This is a problem that societies have wrestled with for centuries: How do you persuade people to do things that are beneficial to the community, like social distancing — or crucially, being vaccinated when the time comes — if such actions don’t immediately benefit those who take them or even put them at a disadvantage in some way? As it turns out, research suggests that we are more likely to engage in “prosocial behavior” if we think lots of others are doing so, too. But that creates an obvious conundrum: How can you persuade more people to adopt a new behavior if, to do so, it needs to already seem ubiquitous?

In 2008, The Journal of Consumer Research published what has become a classic study that showed how describing “social norms” to people — that is, telling them what a majority of others are doing — can encourage prosocial behavior. Robert Cialdini, then a professor of marketing and psychology at Arizona State University, and his colleagues conducted a series of experiments to explore how hotels could get more visitors to reuse their towels, thereby conserving resources (and boosting a hotel’s bottom line). Typically, washroom signs informed guests that the reuse of towels would help protect the environment. But the researchers wondered whether learning that lots of other people reused their towels would prove even more motivational.

To find out, they had the hotel leave the usual sign on the washroom towel racks of one group of rooms — the sign emphasized that reusing towels was environmentally friendly — and gave another group of rooms signs with the additional information that “almost 75% of guests who are asked to participate in our new resource savings program do help.” This second group turned out to be more than 25 percent more likely to reuse their towels. “Seeing what many others are doing lends itself to imitation,” Cialdini says. “We think that gives us a clue to what is the most valid response, what is the objectively correct thing to do.”

Of course, countless factors influence our behavior, making it nearly impossible to isolate the impact of a single message. But the towel study’s basic finding — that we are more likely to do something when we are told that many others do it — “has been replicated in lots of different settings,” David Rand, director of the Human Cooperation Laboratory at M.I.T., told me in an email. “It’s a real and reliable effect.” At least in the short term, according to Cristina Bicchieri, the director of the Center for Social Norms and Behavioral Dynamics at the University of Pennsylvania; it’s still unclear how long that effect lasts. 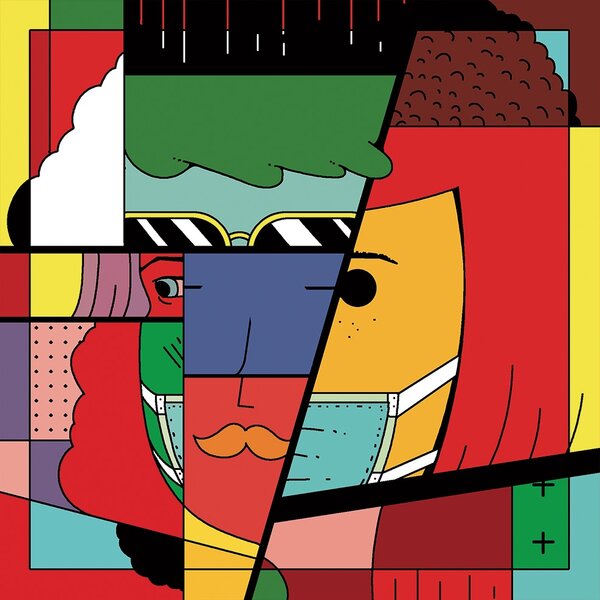 There is evidence the principle is relevant to Covid-19 guidance: Researchers from Doshisha University in Japan surveyed Japanese citizens about why they have worn masks during the pandemic and found that it is not because they believe the masks protect them or others from the virus. Rather, the researchers reported in an August paper published in Frontiers in Psychology, respondents who did so said overwhelmingly they understood that was what most other people were doing and that doing it themselves relieved their anxiety.

Unfortunately, this suggests many of the tactics officials are using to try to change people’s behavior may be reinforcing it instead. For example, when governors blame too many residents’ ignoring ordinances — by holding house parties, say — for rising case counts, they are unintentionally depicting those very gatherings as the norm. That means that, instead of emphasizing risky behavior, it would probably be more effective to highlight how many people are taking safety precautions. “To create a new norm,” Bicchieri says, “you need to build this sense that other people are following the rules.”

To create that impression, you first need to figure out who your audience is. Then, says Aisha Langford, an assistant professor of population health at N.Y.U.’s Grossman School of Medicine, you need to know: “Who are the people they trust and who are they looking to, to gauge their norms? It might be a doctor. It might be an influencer mom or dad on social media.” Often, it’s those we see in our immediate surroundings who shape our sense of what’s common. “You look around at what other people seem to be doing,” says Douglas Storey, a director of research at the Johns Hopkins Center for Communications Programs, “and that affects your motivation for doing something.”

What we believe others are doing influences our actions, but so does what we imagine they view as acceptable. In a series of 1990 experiments published in Journal of Personality and Social Psychology, Cialdini and his colleagues observed that 33 percent of those who received a handbill on their car windshield threw it on the ground; when the researchers arranged for them to see a man throw a bag he was carrying into a waste bin on his way to his car, the number who littered the handbill fell to 17 percent. And, as Cialdini recounts in an October essay on his website, among those who saw a man pick up trash disapprovingly (frowning, shaking his head), none littered.

Earlier this year, to assess the effect of perceived approval on Covid precautions, Bicchieri and her colleagues conducted a survey in nine countries with disparate cultures whose experience of the pandemic differed. They noted that when people expected that lots of their fellow citizens, as opposed to a few, both practiced and approved of social distancing and staying at home, they were 55 percent more likely to follow those rules; but expecting that many people either only practiced or only approved of the rules did not sway their behavior nearly as much. (The paper was published as a preprint in November and has yet to be peer-reviewed.) Notably, Bicchieri says, whether respondents trusted science also had a major effect on their willingness to follow health guidance, regardless of what they believed about their peers.

There’s a way to encourage prosocial behavior even more, Rand says: “Make it so that other people will know if you’re doing it or not.” He and his co-authors saw this in an experiment conducted with a California utility. The company wanted to enroll customers in a program that would allow it to remotely lower their use of air-conditioning during periods of high demand, in order to prevent blackouts. In a 2013 paper published in PNAS, they reported that putting a sign-up sheet for the program in a building’s lobby, where residents could see which neighbors had registered, was seven times as effective as offering a $25 incentive.

Observability is easy to achieve with some coronavirus precautions: You can see whether people at your grocery store are wearing a mask. But it’s harder to know whether they wash their hands or host parties, and harder still for them to determine your approval and vice versa. Hence ad campaigns that explicitly tell community members what a majority does (like the placards in the towel study) and agrees with might improve compliance. And if only a minority is following guidance, citing trends moving in a positive direction or using raw numbers — Rand suggests “millions of Americans do X” rather than “1 percent of Americans do X” — can help. Right now, everyone is flooded with Covid information from all kinds of sources; it’s unlikely that a single public health initiative will change the trajectory of the virus. But employing research-based communication strategies could help scientists and government officials make their messages more influential, thereby saving lives. Yet, Cialdini says, the focus instead has been “on health science, epidemiology and medical science. Not on behavioral science.” 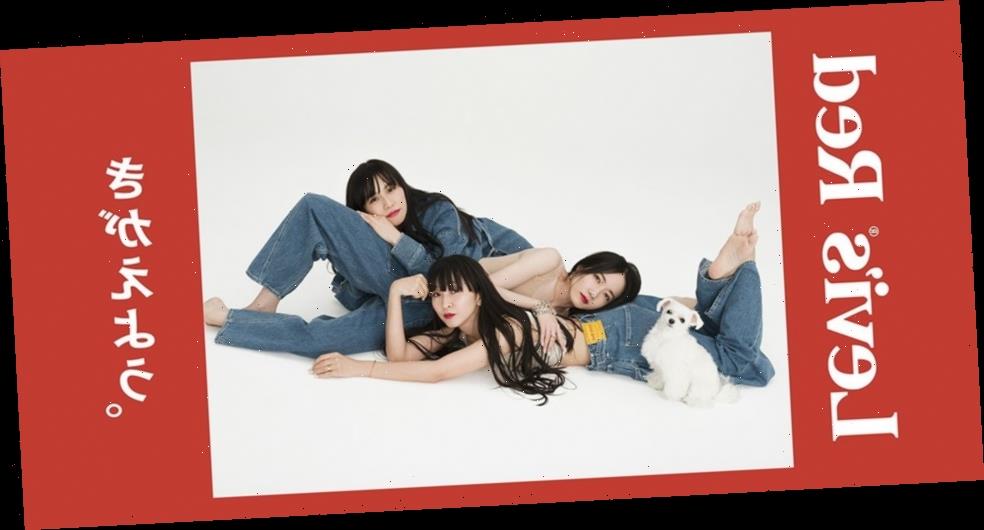