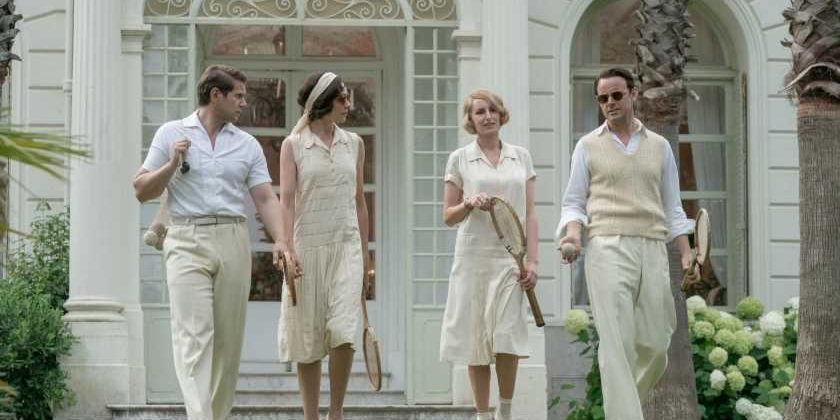 Whether you loved it, loathed it, or managed to pass through the 2010s without ever watching an episode of it, there’s no denying that Downton Abbey – aka Julian Fellowes’ lavish star-studded ITV series about the aristocratic Crawley family and their household staff – has always been something of a Very Big Deal.

So it’s understandable, then, that so many fans of the period drama have lost their minds over the fact that a second Downton Abbey film (aptly titled Downton Abbey: A New Era) will be hitting cinemas next spring.

Now we have a proper look at the new film with four first-look images. Here’s what you need to know about the movie sequel.

What’s the plot of Downton Abbey: A New Era?

Fellowes may have written the scripts, but that doesn’t mean he’s given us any inkling as to what the Downton Abbey sequel will actually be about.

However, it’s worth noting that (spoilers) the first film saw Dame Maggie Smith’s Violet Crawley inform her granddaughter, Lady Mary (Michelle Dockery), that she was dying.

“I’m leaving the family and the place that I treasure in talented hands,” she said.

Fellowes has hinted that this could make up the plot of the second film, telling Empire: “We should remember that at the end of the film, Maggie was by no means dead.

“You imagine Violet is on her way out, but that decision hasn’t been reached.”

Who will star in Downton Abbey: A New Era?

It’s been confirmed that all the key players of Downton Abbey’s main cast – including Smith, Dockery, Matthew Goode, Jim Carter, Laura Carmichael, Elizabeth McGovern, and Hugh Bonneville – will be back for the film’s sequel.

“It was very emotional”: Downton Abbey cast on the tears and drama of final season filming

As if that weren’t enough to excite you, Focus Features has announced that they’re adding some new star power to the cast; think Hugh Dancy, Laura Haddock, Nathalie Baye and (wait for it) Dominic West, to drop just four big names.

It’s worth noting, though, that the full cast has yet to be released. So here’s hoping that Downton will take inspiration from Netflix’s Bridgerton and give us a diverse cast – and one which feels representative of the world we live in.

Is there a trailer for Downton Abbey: A New Era?

The film only began production this April, which means that, so far, all we have to satisfy our curiosity about it is a poster.

What are people saying about Downton Abbey: A New Era?

Gareth Neame, the film’s producer and executive chairman of Carnival Films has said: “After a very challenging year with so many of us separated from family and friends, it is a huge comfort to think that better times are ahead and that next Christmas we will be reunited with the much beloved characters of Downton Abbey.”

Focus Features chairman Peter Kujawski, meanwhile, shared: “There’s no place like home for the holidays, and we can’t imagine a better gift than getting to reunite with Julian, Gareth, and the entire Downton family in 2021 to bring the Crawley’s back home for their fans.”

And Carter, during a recent appearance on ITV’s This Morning, teased: “The script for a second film is there. We’ve seen it, it’s very funny!”

Best ever period dramas streaming now, for anyone in need of some cosy viewing

What’s the release date for Downton Abbey: A New Era?

The movie will be coming to cinemas on 18 March 2022, so mark the date in your calendars now.