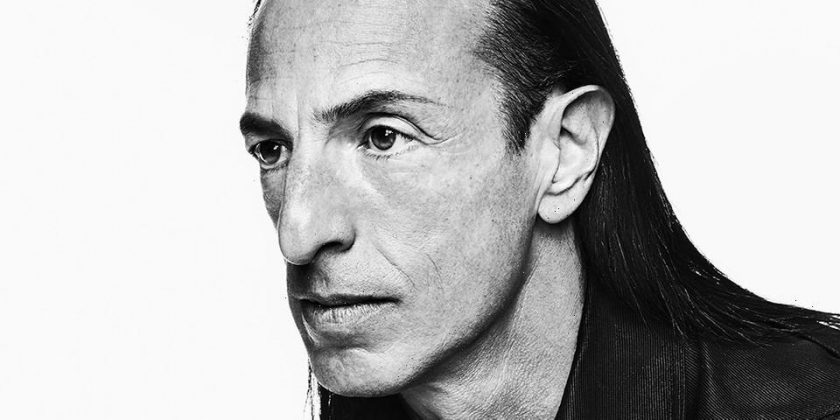 Rick Owens is one of the most influential designers in fashion, with his seminal work inspiring many emerging designers today — but before the fame, he was Michèle Lamy‘s menswear designer, and now a Club MTV video from 1988 has unearthed showing the then-unknown designer speak about his soon-to-boom career.

Aged 17 in the video, Owens is seen wearing a tight-fitting ensemble comprising a tank top and lilac lycra leggings, buckled with a thick belt that suggests he’s ready to dance. This is key, as Club MTV was the media company’s first dance-centric show, which would host special episodes with fashion designers in the ’80s who could talk about their brand under the vein of music and how it infiltrates the dance scene.

Hosted by Downtown Julie Brown, the video hears Owens talk about what Lamy’s menswear looked at the time and who it was for. “Our menswear, we really like to keep our minds on a man who’s really confident and a little bit reckless,” says Owens. His vision is later explored when Brown asks Owens how the clothes are made for people to wear, and are not clothes that wear people, to which he responds: “You have to be confident, you have to go out and look for fun because having fun isn’t as easy at it sounds, there’s a lot of stuff out there to go after.”

The video cuts between Owens being interviewed and dancing alongside the crowd to Johnny Hates Jazz’s “I Don’t Want To Be A Hero” and “Staying Together” by Debby Gibson,” but perhaps the most poignant part of the interview is when he talks about masculinity and confidence. “We don’t like to really think about the kind of people that are gonna be self-conscious in clothes… We like people who can be relaxed and free and feel good about their bodies without having to be Adonises or Junos or something.”

It’s a far cry from the Rick Owens we know today, who himself is chiseled with an edge of relaxed freedom and controlled yet chaotic energy that frequently comes out through his runway show presentations.

Take a look at the video above to find out more.