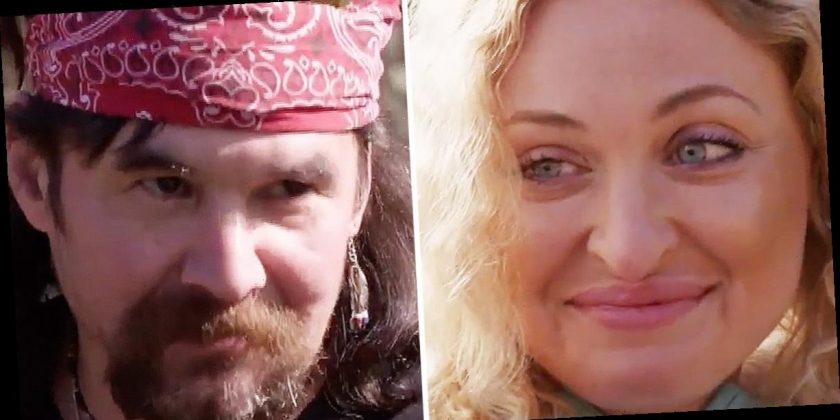 Say what?! 90 Day Fiancé’s Natalie Mordovtseva had a rather unexpected conversation with fiancé Mike Youngquist’s Uncle Beau about his desire to nab a sugar mama.

In Us Weekly’s exclusive sneak peek from the latest episode of the Discovery+ series 90 Day: Bares All, Beau tells Natalie that he will have to teach her “how to ride a lawnmower” before he leaves the family farm in Washington.

Which ’90 Day Fiance’ Season 7 Couples Are Still Together?

Still uncertain about what he’s talking about, Natalie replies, “Oh, sugar mama. Seriously, what do you mean ‘sugar mama’? She’s a good character woman?” Beau notes that a sugar mama is “a real hard-working woman” before he adds, “She’s like me. … I can be a sugar daddy, she can be my sugar mama, you know? We could have sugar babies.”

While later speaking to a producer, Natalie said that she doesn’t “understand anything Beau says.” Beau then asks Natalie if she has “any girlfriends” that she can set him up with.

“Would they like me though?” Beau asks, as Natalie responds, “We have a pretty huge age difference, but I’m sure women in Ukraine would like you, like, closer to your age.”

In a 90 Day Fiancé episode from December 2020, Natalie previously expressed her concern about being alone on the farm with Beau as Mike visited his son in Seattle.

“I will not stay in the house with a stranger,” she told Mike at the time, as he explained that Beau is “family.”

Natalie and Mike met through mutual friends and started chatting online thereafter. During their second meeting, he proposed to her in front of the Eiffel Tower in Paris.

The pair have experienced major road bumps along the way, including her issues with his drinking habits. Natalie also accused Mike of cheating on her during the 90 Day Fiancé Tell-All in February 2020. The Washington native denied the allegation.

Though they are still together, the TLC couple have clashed over their religious beliefs as well. Natalie is a devout Christian, while Mike is an atheist.

“I believe that we are not the only thing in this universe. The universe is way too big, there is something out there that is far more intelligent than we are,” he explained during the reunion special. “I don’t believe in God. It doesn’t make me a bad person. I don’t judge anyone. I support Natalie the fullest. I’ll be there. I want her to go to church.”

New episodes of 90 Day: Bares All hit Discovery+ on Sundays.