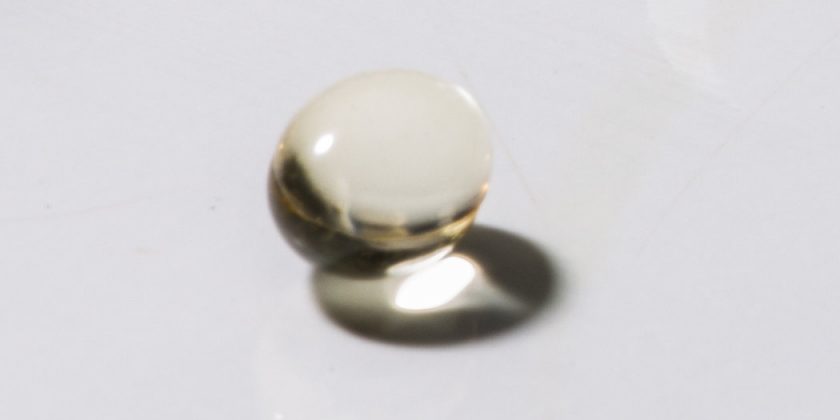 In recent years, many Americans have embraced vitamin D and fish oil pills, their enthusiasm fueled by a steady trickle of suggestive research studies linking higher levels of vitamin D with lower rates of cancer and other ills, and fish consumption with reduced heart disease.

Now a large and rigorous government-funded randomized trial — the only such study of omega-3 fish oils ever carried out in healthy adults, and the largest trial ever done of high-dose vitamin D — has found the supplements do not lower cancer rates in healthy adults. Nor do they reduce the rate of major cardiovascular events, a composite of heart attacks, strokes and deaths from cardiovascular disease. The trial is of the kind considered the gold standard in medicine.

“It’s disappointing, but there have always been such high expectations that vitamin D can do all these different things,” said Dr. Clifford J. Rosen of the Maine Medical Center Research Institute in Scarborough, who was a co-author of an editorial on the studies in The New England Journal of Medicine. He said doctors had engaged in “magical thinking about vitamin D,” often testing their patients’ blood levels and advising them to take supplements.

“In terms of preventing cancer, I think the door is closed. I don’t think there is anything there,” Dr. Rosen said. The study also showed that omega-3 fatty acid supplements do not reduce major cardiovascular events or cancer, “period,” he said. “That’s what people should take home with them.”

The results hinted at some potential benefits, which would have to be explored in separate trials. Secondary analysis of the data found, for example, a reduction in cancer deaths for people who took vitamin D for at least two years, and fewer heart attacks in people who took fish oil. And people do need vitamin D in order to absorb calcium and for other bodily functions.

Regarding fish oil, Dr. Rosen asked, “Are there subgroups where it may be effective, or reduce heart attacks? It’s possible.

“But that’s got to be proven in another trial. If this were a drug being tested for approval by the F.D.A., it wouldn’t make it.”

“The data have to be very strong before you go out and recommend to everyone in the world to take supplements, and we’re certainly not doing that,” Dr. Manson said. “We’re saying, ‘Talk to your doctor, especially if you have low fish intake or are African-American.’”

The National Institutes of Health funded the trial, which recruited 25,871 healthy American men and women age 50 or older, including 5,106 African-Americans. Study participants were split into four groups and randomly assigned to take supplements or placebos, and they were followed for 5.3 years on average.

One group took 2,000 IUs (international units) of vitamin D3 and 1 gram of omega-3s every day. A second group was given vitamin D and a dummy pill in lieu of omega-3. A third group got omega-3s and a vitamin D placebo. And the final group received two placebos.

Pharmavite LLC of Northridge, Calif., donated the vitamin D agents and matching placebos, and Pronova BioPharma of Norway and BASF donated Omacor, a fish oil sold under the brand name Lovaza in the United States.

The results, published in The New England Journal of Medicine, are being presented Saturday at a conference of the American Heart Association in Chicago.

In many ways, the results are not surprising. The public has been barraged by a steady torrent of information about the health benefits of vitamin D in recent years, as studies have linked low levels of the vitamin to conditions as varied as diabetes, high blood pressure, cancer, heart disease and depression. Many primary care doctors now routinely test patients’ vitamin D levels and declare them deficient, and supplement sales have skyrocketed in recent years.

All along, however, critics have questioned whether vitamin D is merely a marker of overall health, and whether the threshold for deficiency was set too high. The so-called sunshine vitamin is synthesized in the body when skin is exposed to sunlight and is depleted by smoking, obesity, poor nutrition, and other factors. Certain foods, like fatty fish, eggs and fortified milk, also contain vitamin D.

The Institute of Medicine in 2011 concluded that most Americans get enough vitamin D and that deficiencies have been overstated. The group also noted that reports of potential benefits with higher blood levels have been inconsistent.

The United States Preventive Services Task Force similarly concluded there is not enough evidence to evaluate whether supplements of vitamin D prevent cancer or cardiovascular disease, or to make recommendations for or against screening.

While the new study found few potential benefits from vitamin D or omega-3s in terms of cancer or cardiovascular disease, there was also little potential downside at the levels provided in the study. Participants did not report any serious side effects, such as bleeding, gastrointestinal symptoms or “fishy burps,” Dr. Manson said. She warned, however, against taking “megadoses” of either supplement. An excess of vitamin D can cause potentially serious health problems. Several studies of other supplements, like vitamin E and beta carotene, for example, found higher death rates in those who took high doses.

As for vitamin D and omega-3’s effects on other conditions, stay tuned. The researchers expect to publish additional findings about diabetes, depression, autoimmune disorders and cognitive function over the coming months, Dr. Manson said.