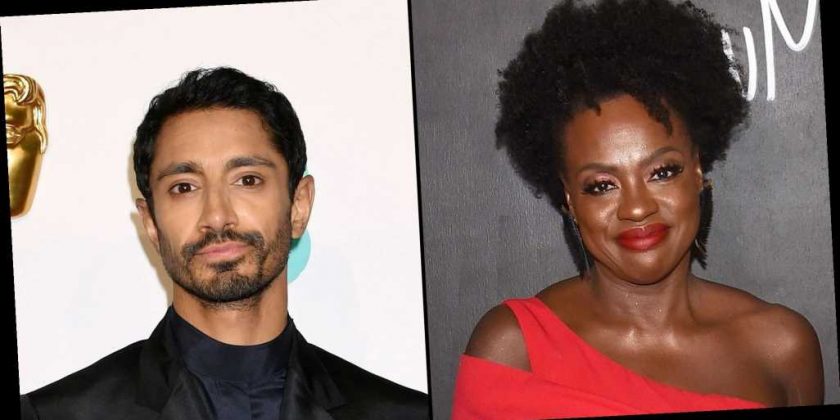 Let’s hear it for the nominees! Several stars have something to celebrate after being nominated for 2021 Academy Awards on Monday, March 15.

The nominations were announced during a global livestream on Monday by Priyanka Chopra Jonas and Nick Jonas. The pack included Riz Ahmed, who received his first-ever nod for best actor in Sound of Metal.

In a statement to Us Weekly, the 38-year-old English actor expressed how “honored” he was to be nominated and explained the importance of his film, which received a whopping five nominations. “Sound of Metal is about how a health crisis can cut you off from your life and loved ones and force you to grow in unexpected ways,” he shared. “In a challenging year for so many, I hope this story can inspire us to forge new and deeper connections with ourselves and others.”

Viola Davis, meanwhile, noted via Instagram how she was “absolutely thrilled” to see her and her Ma Rainey’s Black Bottom colleagues recognized. The George C. Wolfe-directed project scored an impressive total of five nominations, including a posthumous Best Actor nod for late Chadwick Boseman, who died in August 2020 from colon cancer.

This year’s Oscar nominations brought about many historic milestones. Davis, for one, became the most-nominated Black actress for Ma Rainey’s Black Bottom, marking her third overall nod. Minari’s Steven Yeun is now the first Asian American to be recognized within the best actor category. Additionally, filmmakers Chloé Zhao and Emerald Fennell are now among a small yet growing group of women that have been honored within the best director category for Nomadland and Promising Young Woman, respectively.

There were also many first-time nominations including for LaKeith Stanfield (Judas and the Black Messiah), Maria Bakalova (Borat Subsequent Moviefilm), Leslie Odom Jr. (One Night in Miami) and Amanda Seyfried (Mank).

The 93rd annual ceremony is set to commence at the Dolby Theatre in Los Angeles on Sunday, April 25, and honor some of the most critically acclaimed films released between January 1, 2020, and February 28, 2021. The event will occur two months later than its normal time frame due to the novel coronavirus pandemic.

“During this time, it has become necessary to make exceptional changes to the Academy’s standard annual awards schedule,” the Academy said in a statement via its official website in June 2020. “The intent going forward is to ultimately return to awarding excellence for films released in the January-December calendar year. Future eligibility windows and the Oscar show date for 2022 will be announced at a later date.”

It is uncertain whether someone will be tapped to host the prestigious affair. However, the last person recruited for the gig was Jimmy Kimmel, who hosted the Oscars in 2017 and 2018.

ABC executive Robert Mills previously spoke of the possibility of hiring a host again, telling Entertainment Tonight in February 2020, “I think the producers have done the best possible version of the hostless Oscars. Going forward, you’ll look at if you can get the right host, that would be great. If not, there is a way to do it hostless. It’s great having a host.”

Ahead of the big show, scroll down to see how this year’s nominees reacted to the news of their achievement!