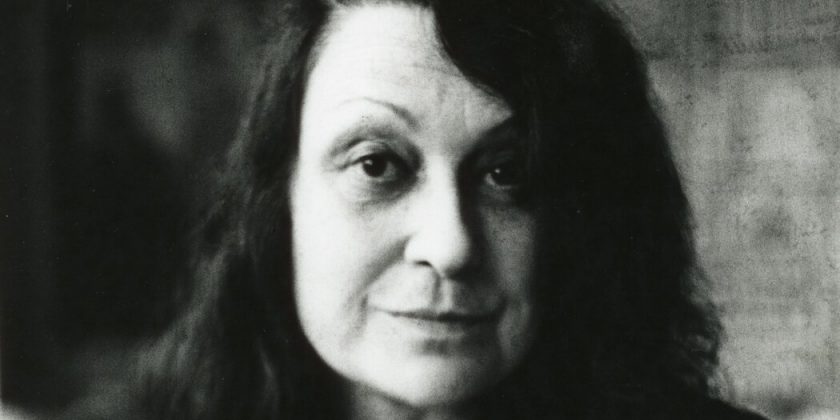 ROME — To Hashim Sarkis, the choice of Lina Bo Bardi to posthumously receive the Special Golden Lion for Lifetime Achievement at this year’s Venice Architectural Biennale could not be more timely.

Ms. Bo Bardi “most fittingly” embodies the theme of this biennale, “How Will We Live Together,” said Mr. Sarkis, the event’s curator, who cited her achievements in a dizzying number of fields — including designer, curator and activist — and her perseverance during difficult times. And, of course, there are her “powerful buildings.”

They stood out, he said in a statement, “in their design and in the way that they bring architecture, nature, living and community together.” He added, “In her hands, architecture becomes truly a convening social art.”

And the obstacles were not only political. She was a woman working in a mostly masculine world, an outspoken critic and a foreigner in Brazil, where she was “both part of the establishment and an outsider: an insurgent in noble garb,” wrote Zeuler R. M. de A. Lima, an architect and scholar who has written five books on Ms. Bo Bardi, including a recently published 500-page biography, and wrote and directed a documentary about her life.

“There was a lot of resistance to her,” Prof. Rocha Lima said in an interview.

She also designed buildings that put people at the center of the project. The best known are in São Paulo, where she and her husband, the art dealer, curator and journalist Pietro Maria Bardi, moved shortly after they arrived in Brazil.

There, Ms. Bo Bardi designed the city’s principal art museum, known as MASP, which opened to the public in 1969. In her bold design, the building — a glass-paned rectangle suspended on two large concrete beams that rest on huge piers — almost seems to float in midair. She created the open area beneath the galleries to serve as a huge public space.

Another of her works, the SESC-Fábrica da Pompéia, a former factory turned community center that opened in 1986, is perhaps best known for its two distinctive concrete towers — one with windows in the form of punched-out holes, which she called “cave mouths,” and the other spotted with random square windows — linked by concrete skywalks that originally spanned a channeled creek.

She also designed the São Paulo home she shared with her husband, a Modernist glass house known as the Casa de Vidro, which today houses the Instituto Bardi, an organization keeping their legacy alive.

In 2016, Martha Schwendener, writing for The New York Times, called Ms. Bo Bardi’s design for the permanent collection at MASP, where paintings suspended on glass easels appear as if they are floating, “one of the wonders of the art world.”

Ms. Bo Bardi is the first female architect to receive the Golden Lion for Lifetime Achievement, in what Mr. Sarkis called “a long-overdue recognition.” (The Canadian architect Phyllis Lambert received it in 2014, but for her contribution “as a client and a custodian.”)

In an interview, Mr. Sarkis said that this year’s biennale “touched on broader questions of equity and inclusion” and that Ms. Bo Bardi’s work in relationship to inner-city communities and underrepresented groups, as well as nature and the environment, made her especially pertinent today. In her work as an architect she “reached out to others in a kind of deep vocational way,” he said.

In Italy, the affirmation in Venice follows a groundswell of interest in Ms. Bo Bardi that grew in 2014 with exhibits commemorating the 100th anniversary of her birth, at the MAXXI in Rome, where she was born and studied architecture, and at the Triennale in Milan, where she began her career writing and editing architecture magazines.

In more recent years, she has inspired fashion designers and prompted others to reimagine her furniture. Major exhibitions of her designs have traveled to the United States and Europe.

Ms. Bo Bardi also inspired other artists. In a 1993 documentary about her, the Brazilian composer Caetano Veloso credits her with energizing a flourishing artistic movement in the city of Salvador de Bahia, where she was director of the modern art museum in the late 1950s and early 1960s, when he was growing up. “We used to worship Dona Lina,” he said.

In Salvador, Ms. Bo Bardi became enamored of the local popular culture, and worked to create a museum and school so that craftsmen and designers could develop an industrial design deriving from Brazilian handicraft. “She was clear that it was not as folklore or documentation of a curious, and exotic and fun style, but as a real cultural strength,” Mr. Veloso said. But the project never took off, cut short by the dictatorship.

The British filmmaker and artist Isaac Julien said he became enchanted with Ms. Bo Bardi when he had his first solo show at SESC Pompéia in 2012 and spent five years researching his tribute to the architect, “A Marvelous Entanglement.” He traced her steps in Sâo Paolo and Salvador de Bahia, and in an interview he described the project as “a fantastic journey.”

His nine-screen installation, exhibited recently in Rome after opening in London, allowed visitors to immerse themselves in Ms. Bo Bardi’s works and “have a sensation of her buildings,” said Mr. Julien, even as his own voice emerges via interlaced photographs, choreographed dance pieces and performances by Brazilian actors. He said he hoped the piece would make Ms. Bo Bardi even better known.

Mr. Sarkis said that the Golden Lion would be a “contribution to raising her profile in the world.” Though Ms. Bo Bardi’s archives spill over with building projects, fewer than two dozen were ever realized, and some of these have been destroyed or are not visible to the public.

The Instituto Bardi has worked for decades “to put Lina outside to the world,” and “bring her legacy into the contemporary context,” said Sol Camacho, its cultural director.

In thanking the biennale for the award, the institute stated that it hoped that “rather than inflate her popularity as an architectural icon” the award would “help to even better contextualize and communicate the depth of Lina Bo Bardi’s critical view of the world: always caring for the least culturally represented, consistently aware of the importance of diversity in art and architecture, and committed to a multidisciplinary approach to architecture bringing together people from all walks of life.”

Later this month, the institute plans to unveil a revamped version of its website, which will include Ms. Bo Bardi’s archive, allowing her work to speak for itself. “Lina is deeply grounded in the work she did and in what she wrote and taught,” Ms. Camacho said. “And the projects, which are lived by users.”