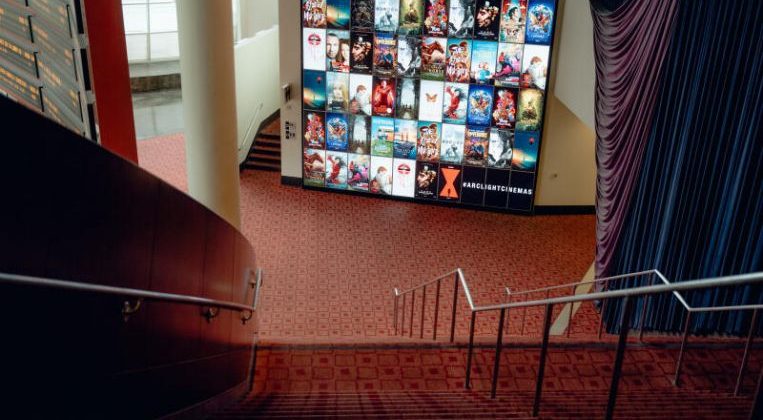 LOS ANGELES (NYTIMES) – Universal Pictures said on March 16 that it would no longer give theatres an exclusive period of roughly 90 days to play new movies, a break with long-standing Hollywood practice that could have wide-ranging reverberations.

The decision, prompted by the coronavirus pandemic and likely to anger theatre owners, makes Universal the first old-line studio to become more like Netflix in its approach to film distribution.

“We hope and believe that people will still go to the movies in theatres where available, but we understand that for people in different areas of the world, that is increasingly becoming less possible,” said Mr Jeff Shell, the chief executive of NBCUniversal, said in a statement.

A spokesman for United International Pictures (which is jointly owned by Paramount Pictures and Universal Pictures) in Singapore says they have no updated information about the streaming of movie titles outside of the traditional three-month window.

At least some competing studios are likely to follow.

Executives across Hollywood saw the move by Universal as an opening to experiment with a pay-per-view model that would allow consumers to gain immediate or near-immediate access to new movies in their homes for a premium price.

Starting Friday, three Universal movies that have already been released in theatres will become available in homes – for US$20 (S$28.40) for a 48-hour rental period – through online stores like iTunes and Amazon Prime Video and on cable systems like Comcast, Universal’s parent company.

Those recent films are horror satire The Hunt, sci-fi horror flick The Invisible Man and Emma, a new take on the classic Jane Austen novel.

The studio’s animated sequel Trolls World Tour will roll out in theatres worldwide – those that are open – on April 10 and will be made available simultaneously for rental in homes for US$20. Trolls World Tour is currently showing in cinemas in Singapore.

To compare, the average price of a movie ticket in the United States is US$9.16, according to the National Association of Theater Owners.

Standard movie tickets cost US$16 to US$18 in cities like New York and Los Angeles, and Imax screenings run about US$22.

The association did not respond to a request for comment on Universal’s move. Neither did AMC, the largest chain in the United States.

But in a sign of the challenging environment, the owner of Regal Theatres, the second-largest chain, said that beginning Tuesday it would be shutting down its 542 theatres with a total of 7,155 screens.

Universal stopped short of saying that every other film on its release calendar would get the same home rental treatment, but an executive at the studio said it was a possibility, depending on market conditions.

Beyond Trolls World Tour, Universal films include Jon Stewart’s Irresistible, scheduled for theatrical release in America on May 29; Judd Apatow’s The King Of Staten Island, slated for June 19; and Minions: The Rise Of Gru, on the calendar for July 3.

What had been the company’s most likely theatrical blockbuster this year, the ninth iteration of the Fast and Furious series, has been postponed until April 2021.

Comcast has been eager to shorten or eliminate the exclusive period given to theatres for some time, in part because it would allow the company to reduce marketing costs. Studios currently mount separate campaigns to support the arrival of films in theatres and then later in homes.

With as much as 80 per cent of premium video-on-demand revenue going to studios, movie executives see a new engine to compensate for sputtering DVD sales.

Studios are also aware that consumers have been impatient about being unable to see all movies whenever and wherever they want.

The theatre chains have long contended that once studios are allowed to speed new films into homes there will be no going back. But they may not be able to hold the line any longer.

Ticket sales in North America fell to an all-time low over the weekend, after adjusting for inflation.

Mayor Eric Garcetti of Los Angeles has announced that all movie theatres in the city would be shut down until March 31. New York City will follow suit, though Mayor Bill de Blasio of New York did not give an end date to the closings.

The two mayors’ actions follow closures by local authorities in counties in Pennsylvania and New Jersey.

AMC has said that it would curb admission to 50 people per auditorium nationwide in an effort to remain open where possible.

Have a question on the coronavirus outbreak? E-mail us at [email protected]

To get alerts and updates, follow us on Telegram.