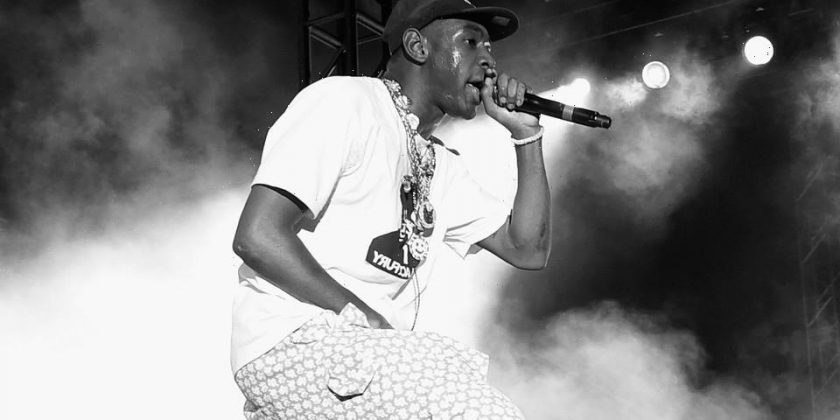 Tyler, the Creator’s Camp Flog Gnaw won’t be taking place this year. Curated by Tyler himself, the music festival brings together alternative hip-hop and R&B acts across a weekend in Los Angeles.

​​ “It’s really not that deep,” Tyler’s manager Chris Clancy told Billboard. “Tyler toured all year and was busy with a number of projects. Reading the tea leaves and what’s happening with festivals coming out of the pandemic, we thought it would be best to come back next year.”

Over the past year, Tyler has been touring his GRAMMY-winning sixth studio LP, Call Me If You Get Lost, hitting 32 cities across North America alone. The artist was also just announced to be joining season six of Nick Kroll’s animated series Big Mouth in a guest role.

The inaugural Camp Flog Gnaw took place in 2012 and its last iteration was held in 2019. That year’s lineup consisted of Solange, FKA twigs, Juice Wrld, Daniel Caesar, Dominic Fike and Brockhampton, among others.

A surprise headliner was teased ahead of the 2019 festival, which many fans believed was Odd Future affiliate Frank Ocean and were disappointed when Drake walked out on stage. The rapper ended up ending his set early due to the booing of fans.

Plans are reportedly in store for Camp Flog Gnaw to return in 2023.

In other music news, Steve Lacy’s “Bad Habit” nabbed the No. 1 spot on the Billboard Hot 100.
Source: Read Full Article