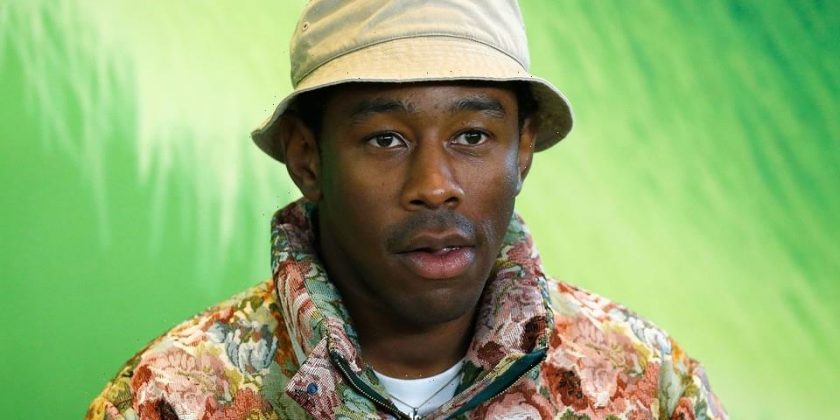 Following the release of his latest album Call Me If You Get Lost, Tyler, the Creator has returned with a self-directed music video for “Corso,” co-starring DJ Drama, who features on the track.

The visual opens with two kids bickering about arriving to a birthday party on time outside an unassuming venue, before taking the viewer inside the the DJ Drama-helmed celebration, where Tyler takes the stage to perform the song. Hopping from table to table in an all-black suit and a cheetah-print button-down, Tyler swiftly captivates the entire room under a singular spotlight. After wiping the sweat off his forehead in the final verse, the rapper walks through the crowd of children as they silently surround him with blank expressions and sits back down in his original seat.

Prior to the “Corso” music video, Tyler dropped visuals for “Lumberjack” and “WusYaName,” as well as teasers — “Side Street” and “Brown Sugar Salmon” — leading up to the album’s release.

Watch the “Corso” music video above.

Elsewhere on the artist’s agenda, Tyler recently unveiled an album art generator that provides fans with their own personalized rendition of the ID on the Call Me If You Get Lost album cover.
Source: Read Full Article