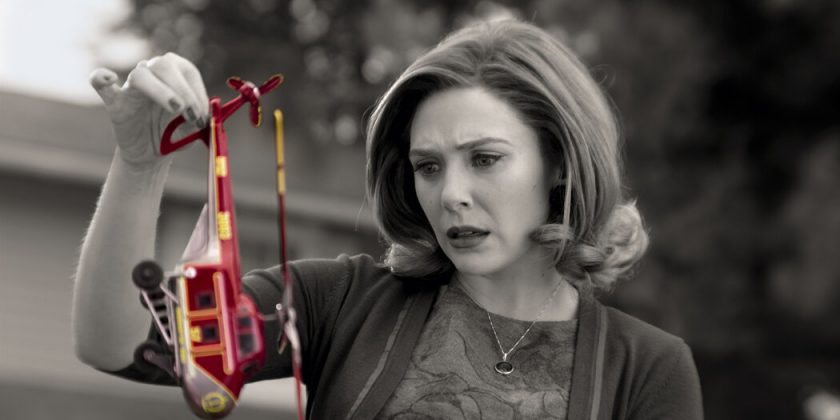 Disney+’s “WandaVision” began with a bold, disorienting move, taking viewers and depositing them without explanation into an unsettling bubble of 1950s television.

I am referring, of course, to the show’s practice of releasing new episodes only once every week.

Releasing TV installments on a schedule — “Same bat-time, same bat-channel,” as the show’s superhero predecessor “Batman” promised — was standard practice in the days of black-and-white TV, and still is on most traditional networks. But the age of Netflix has led accustomed streaming fans to getting full seasons all at once, and some WandaViewers did not care to wait for what an IndieWire review referred to as “inconvenient weekly installments.”

“WandaVision” is not the first streaming show to face complaints for not feeding its audience on the all-you-can-eat plan. Last year, Eric Kripke, the showrunner of Amazon’s dystopian superhero drama “The Boys” defended the decision to release Season 2’s episodes weekly, against some fans’ objections, “to have time to sort of slow down a little bit and have conversations about everything.” (“The Boys” did release its first three episodes on its premiere date, “WandaVision” its first two; Disney is also following the weekly model with its latest Marvel series, “The Falcon and the Winter Soldier.”)

Slow down? We are not much of a slowdown society these days. If people can have something, they increasingly believe they should, in Costco-size portions, to be savored or swallowed anaconda-like as they see fit. Who the hell is anyone else to tell us to chew in between bites? We’ll — cough — we’ll chew when we feel like it!

Fans’ increasing expectation of — and creators’ occasional pushback against — the binge model resonates with other tech-driven arguments over how art should properly be enjoyed. Should the audience or the artist decide how the work is best experienced? Are you violating the artistic intention of an album when you listen to it on shuffle? Are you a cretin for watching a movie on your phone when the director insisted it be viewed on a big screen?

Certainly, advocates of “I want it all, now” can sound entitled, like kids on the Wonka factory tour grousing that the gobstoppers aren’t coming fast enough. But there can also be a kind of high-handedness to the defense of weekly airings, as if the communal watercooler ritual were somehow more authentic, and as if viewers needed to be guided toward the correct choice lest they, like children failing the marshmallow test, make the wrong one.

Maybe a more useful way of looking at the weekly and binge models is that neither is inherently better. Instead, they’re one more set of storytelling tools — like shooting in front of a studio audience, or not — creatively suited to different kinds of stories.

Release schedules, like many aspects of TV, are a case of the creative format following the business model. In the days of rabbit-ears TV, you watched a show when it was beamed at you or not at all. Weekly (or daily) schedules built habits and fan bases. 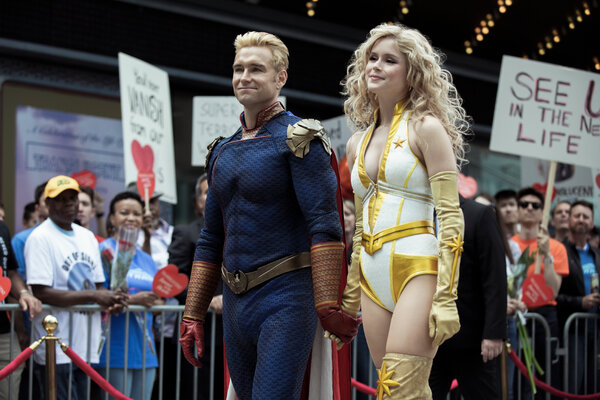 When Netflix entered the original-series business in the early teens, it could have followed some form of scheduling. Instead, dropping full seasons at once was a way of branding it as a forward-looking business — this ain’t your grandma’s TV! — and a way to find viewers where broadcast TV wasn’t. (By letting viewers watch at their leisure, Netflix laid claim to the vast stretches, like Fridays and Saturdays, when fans had a lot of time and less marquee scheduled programming.)

For an era — well, a few years — this defined streaming TV. And the different formats led to different creative forms. Traditional TV serials broke stories into structured units with tune-in-next-time endings. Binge series are often looser in episode structure, sometimes to the extent that whole seasons can feel like extended “episodes.” (Or extended movies, like Netflix’s “Stranger Things,” whose season titles — “Stranger Things 2,” “Stranger Things 3”— recalled the film franchises that inspired the series.)

Eventually some competitors, like Hulu, Apple and Disney, separated themselves from Netflix with old-school weekly schedules, at least for some series. And Disney+, with its first streaming phenomena, showed that the traditional TV schedule works best for shows that play like traditional TV, with tight episode construction and careful maintenance of suspense.

Mystery, in particular, lends itself well to the waiting game. In “WandaVision,” part of the mystery was the show itself: What were these weekly “sitcoms,” really, and who was in charge? The effect wasn’t ruined by bingeing (I recently rewatched it with my wife, who caught up on it over a couple of days), but it really benefited from giving it a long-term lease in your head.

Disney+’s “Star Wars” western, “The Mandalorian,” was a different sort of mystery. Each episode arrived with little information about what it was or where it was going. (The existence of its pint-size breakout star, Grogu, a.k.a. Baby Yoda, wasn’t even revealed until the end of the first episode.) Every installment dropped you into a new world, on a new adventure, without warning; it felt like watching a serial short before the main feature at an old-timey movie parlor.

But “mystery” here doesn’t have to mean genre mystery. This was the case with “Mad Men,” whose creator, Matthew Weiner, has said, with justification, that it wouldn’t work released a full season at a time. Its artfully withholding storytelling and its willingness to drop the viewer in unexplained circumstances made watching feel like allowing yourself to be blindfolded and kidnapped once a week. (Of course, that hasn’t stopped bingers from mainlining it during the pandemic.)

Bingeing, on the other hand, benefits certain kinds of immersive long-form TV that Netflix has gotten adept at: more straightforward mini-series, like “The Queen’s Gambit,” and the visual equivalent of page-turner novels, like “Bridgerton.” In some cases, a binge also helps gloss over weaknesses or repetitions that you might linger on with more time to dwell on them. (In general, I’m thinking of serial stories here; sitcoms, anthologies or procedurals with self-contained episodes feel less affected by the choice.)

There are also business dimensions to the debate, in particular the argument that spreading a season over months can allow a show to build word of mouth and grow, whereas binge series just crash and recede, like a waves on an endless content ocean. But business and artistic choices are two different things.

HBO’s “Game of Thrones,” for instance, might not have become the same mass phenomenon if it had dropped its seasons Netflix-style. But (unpopular opinion alert) it plays better as a binge. All those slow-rolling character arcs are clearer, the ending feels better foreshadowed — even Daenerys’s years wandering Essos don’t seem quite so interminable.

NBC’s afterlife comedy “The Good Place,” likewise, always felt to me like a binge show trapped in weekly form, with the end of each episode igniting the story line of the next, in the chain-smoking fashion of so many Netflix shows.

On the other hand, the first season of Amazon’s corporate mystery “Homecoming” might have built more suspense if it had been doled out over weeks. And on the other other hand, Apple TV+’s alternative space-race drama “For All Mankind,” a slow-burn of a series whose current season builds to two gripping final episodes, might have been better dropped all at once; I could see it losing viewers on the long, digressive journey before the payoff.

Regardless, it’s good to see streaming platforms experimenting with their schedules; hopefully, they’re starting to see “To binge or not to binge?” as one creative choice among many. It made sense for Netflix to prove that the binge model could work, which unlocked a form of TV storytelling whose rules creators are still figuring out.

But just because you can make TV a certain way now doesn’t mean you always should. Sometimes, good things come from those who make you wait.