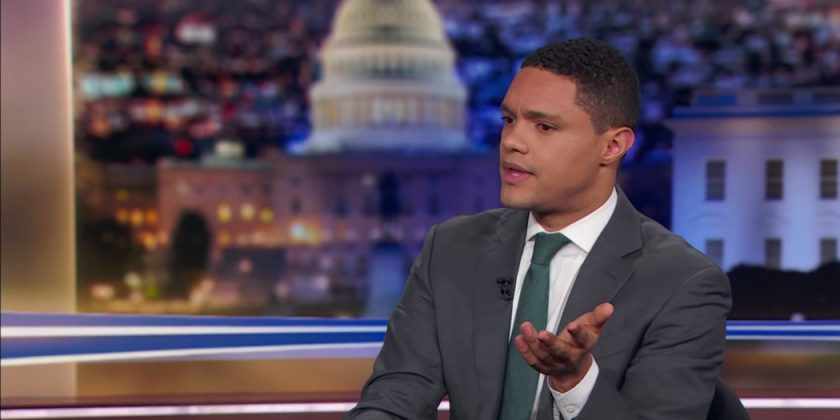 ‘The Second Amendment Is Not Intended for Black People’

Trevor Noah on Tuesday had harsh words for the American criminal justice system. He’d heard the news that the Alabama authorities had shot and killed a black man, Emantic Fitzgerald Bradford Jr., after wrongly assuming he was the gunman in a Thanksgiving mall shooting.

Noah said that the death of Bradford, an Army veteran, was only the latest reminder of how hard it is for black people to rely on law enforcement — or the law at all, for that matter. “You start to realize that really, the Second Amendment is not intended for black people,” he said. “It’s an uncomfortable thing to say, but it’s the truth.”

Noah was particularly amazed that the victim had served in the Army, and that Bradford’s father is a police officer.

“It’s going to get to the point that black cops should warn their partners before they go into a crime scene. They should be like, ‘Hey, Dave, it’s me. When we get in there, it’s me. Look at me. It’s me. I’m the guy with the gun.’” — TREVOR NOAH

At a campaign stop on behalf of Senator Cindy Hyde-Smith in Tupelo, Miss. — the birthplace of Elvis Presley — President Trump said that in his youth, people used to tell him he looked like Presley, only with light hair.

Jimmy Fallon thought that was funny, and took it as inspiration to create a White House-themed parody of “Jailhouse Rock.”

Noah responded sarcastically to news that General Motors will idle five plants across the United States and Canada, something that President Trump had suggested he would not let happen. The company worded its announcement carefully, saying it would not allocate products to those plants after March — but avoiding the world “close.”

“Oh, thank God. I thought they were shutting down the plants, but I guess they’re just not allocating products there anymore. I wish I could use that language when I break up with someone. ‘Look, I’m not ending the relationship, I’m just not allocating any love for you after March.’” — TREVOR NOAH

Colbert in the Hot Seat

After returning from Thanksgiving vacation, Stephen Colbert on Tuesday aired a show of all never-before-seen content that had been taped far in advance. In these clips he flipped the script on himself, allowing Jon Stewart and Neil deGrasse Tyson to sit behind his desk and put their questions to him.

Stewart didn’t get an answer when he asked Colbert, point blank, which of his children he loved the most. But he engaged Colbert on one of the host’s favorite topics: President Trump.

“I don’t think Donald Trump likes the job of president, but he likes the trappings of power,” Stewart said. “I don’t think he likes the, like, ‘Why are you talking to me about energy policy? Just get the shot of me going onto the helicopter looking like a Mafia don.”

“The C.D.C. says it’s now safe to eat romaine lettuce, as long as it’s not from central California. When people asked how to tell if the lettuce is from that area, officials said, ‘Well, eat it and see what happens.’” — JIMMY FALLON

“A new study found that it takes about 1.7 days for a Lego to pass through the human body. The guy who ate it says it was painful, while Lego Batman said, ‘Hey, it’s no picnic for me, either, buddy.’” — JIMMY FALLON

“The holiday season is here, and I saw that tomorrow is the White House Christmas tree lighting. But when Trump first sees a bunch of blinking lights outside, he’ll shout, ‘Oh my God, it’s the F.B.I. Tell them we’re not home!’” — JIMMY FALLON

What We’re Excited About on Wednesday Night

Former Vice President Al Gore will sit down with Noah on Wednesday. He’ll most likely have some things to say about the federal government’s recent climate report. 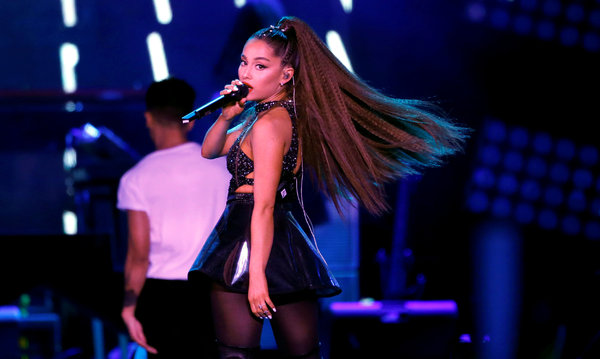 A new Ariana Grande video; the death of Stephen Hillenburg, the creator of “SpongeBob SquarePants”; and Roald Dahl on Netflix — it’s all in Tuesday’s pop-culture roundup.