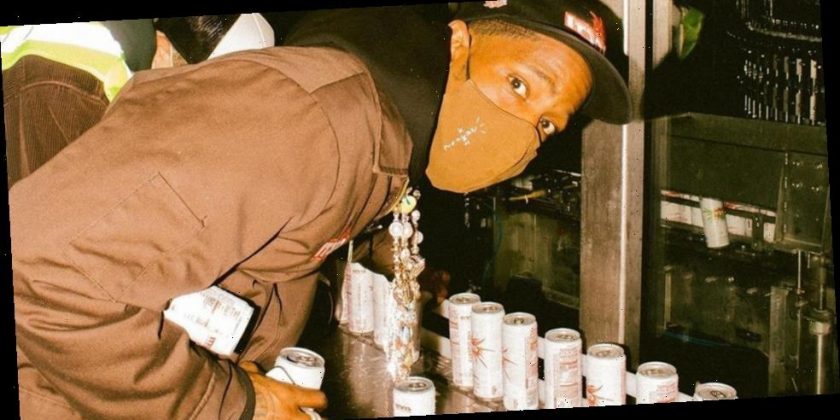 Travis Scott has become a savant of collaborations as he has been able to lock in partnerships with the likes of Nike, Jordan Brand, McDonalds, Fortnite and more, and in 2021, the multi-platinum artist has aspirations of expanding his business portfolio even further. One of those initiatives include a team-up with Anheuser-Busch entitled ‘CACTI‘ — a new line of agave spiked seltzers that will arrive in three fruity and refreshing flavors.

La Flame first teased the launch of the alcoholic beverage brand back in mid-December of 2020, revealing the colorful designs of the cans, as well as the packaging of the Lime, Strawberry and Pineapple options, all of which draw heavy inspiration from tequila. The thirst-quenching seltzers are crafted in Los Angeles and will be made available in 12oz cans sold in an assorted pack of 9 in addition to 16oz and 25oz single cans.

To accompany the official announcement, the Cactus Jack head honcho released a short video clip of him touring inside the CACTI Brewery headquarters to taste test each flavor and see the thousands of drinks in production.

For those interested in stocking your fridge with the new beverages, you can expect them to hit the shelves starting on March 15, 2021.