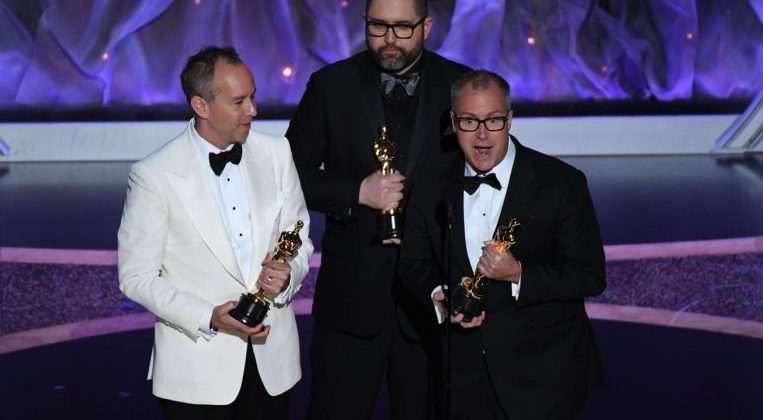 HOLLYWOOD (AFP) – Toy Story 4 on Sunday (Feb 9) took home the Oscar for Best Animated Film – the third golden statuette for the innovative Pixar franchise about a collection of toys, the value of friendship and accepting change.

The latest installment added Forky – a handicraft made by child heroine Bonnie from a plastic spork – to the mix, where he joined Woody, Buzz Lightyear and the rest of the now iconic merry toy band.

Toy Story 3 won the same award in 2011, as well as the Oscar for Best Original Song – a powerful trifecta for the computer-animated flicks released by Disney.

“We take great pride in the fact that we get to make family films,” producer Jonas Rivera said as he accepted the award. “Toy Story 4 is a love letter to our families.”

Toy Story 4, which was also nominated for Best Original Song this year, is the final chapter in the saga begun in 1995 by Pixar.

It was the then-little-known studio’s first feature film. Since then, the technology has changed dramatically, making the series an interesting study in the evolution of the genre.

“I felt a great pressure, I could not sleep. But at the same time it was an honour because I love these characters very much,” he added.

Many, including the team at Pixar, thought the franchise would end as a trilogy.

But then the question kept coming up, Cooley said during a visit in June 2019 to Pixar’s studios in Emeryville outside San Francisco: “What’s next for Woody?” – the toy cowboy voiced by Tom Hanks.

Toy Story 3 ended with Woody being passed by Andy – his former boy owner, now all grown up – to Bonnie.

Woody finds himself “in a different room with a different girl, different toys… something he’s never lived through, and we felt we had the beginning of another story,” Cooley said.

The porcelain Bo Peep, who once adorned a lamp, is childless – something which in Woody’s eyes is a tragedy. But she does not care.

After being discarded by her previous owner, Bo is happy with her newfound freedom – she even drives a battery-powered car.

In short, she is the sort of empowered, independent woman audiences increasingly want to see on the silver screen.

Becki Tower, who worked on Bo’s animation, said she was “excited” by a character who represents a “strong, innovative, daring” woman.

But she clarified that Bo, who appeared in the first two films, did not return with her new attitude simply in response to the pressures of movements like Time’s Up, which demand full gender equality.

The film was in development long before Time’s Up was launched, and in fact even before the departure of the man who created the character, John Lasseter.

Lasseter – known for transforming Pixar from a small Lucasfilm graphics department into the world’s most successful animation studio – resigned from Disney in 2018 after several allegations of sexual misconduct were made against him.

Rivera previously told AFP that the “DNA and love of the toy and characters” created by Lasseter remain, but that the saga has evolved.

“We’ve taken over, the second and third generation of Pixar filmmakers – we’ve made it a little our own,” he said.