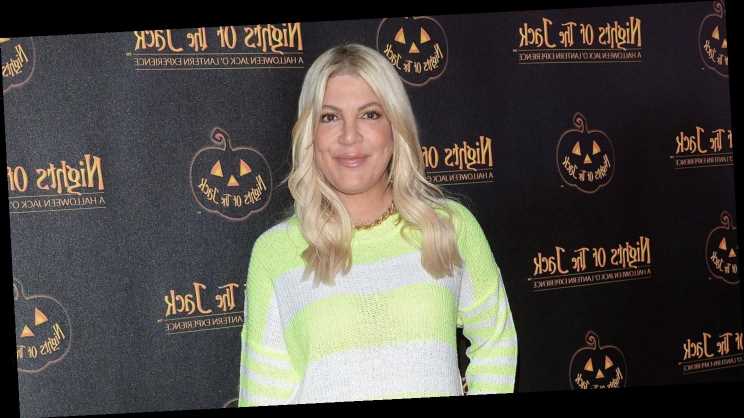 Tori Spelling is no stranger to reality TV, but does she have any regrets about letting cameras into her marriage to Dean McDermott? The actress recently revealed bestie Jennie Garth warned her not to do season 2 of her former docuseries True Tori.

The topic of reality TV came up during the Monday, March 29, episode of Spelling and Garth’s “9021OMG” podcast when a listener asked whether the former Beverly Hills, 90210 costars tuned into each other’s projects after the ‘90s drama. After cohost Sisanie Reategui noted that she wanted to go back and watch their old reality shows, Spelling, 47, warned, “Watch Tori and Dean. Not True Tori.”

Garth, 48, subsequently asked, “Do you regret doing that show?”

“I don’t regret the first season. I regret the second season, which you told me not to do. And you were right on,” the sTORI Telling author replied. “Because it shouldn’t have been a series. It wasn’t a series. It was about me expressing myself at a moment in time where I felt like I wanted to have a voice and a voice for women everywhere who were going through what I was going through at the time. It should have been a self-contained, one season and that was it.”

True Tori, which aired for two seasons on Lifetime in 2014, followed the fallout of McDermott’s affair. Us Weekly broke the news in December 2013 that the Canadian actor cheated on Spelling with then 28-year-old Emily Goodhand while on location shooting Chopped Canada.

“It was great, it was really well-done and groundbreaking,” Spelling said of season 1 on Monday. “The second season was just silly. Only your best friend will tell you the truth. … It was a train wreck.”

McDermott was candid about how hard it was to film the series while it was airing.

“I can’t keep opening a vein, opening my soul and sharing my feelings and thoughts and demons with the world. I don’t watch it. I can’t. It’s really difficult. I can’t do it anymore, for my soul,” he told Access Hollywood at the time.

Years later, McDermott, who checked into treatment for mental health and sex addiction after the scandal, told Us that he felt like True Tori put their marriage “under the microscope.”

“I thought that Tori was just going to run for the hills, and I could totally understand why. But she was like, ‘I just can’t turn off the love for you. I love you. You hurt me. I’m angry, but I love you. I can’t turn that off,’” he said in October 2019. “Every relationship is work, and when you get to that point, you can’t bail. You got to knuckle under and work it out. It is hard.”

Spelling and McDermott were both married to other people when they met on the set of made-for-TV movie Mind Over Murder in 2005. They wed less than a year later and went on to welcome five kids: Liam, 14, Stella, 12, Hattie, 9, Finn, 8, and Beau, 4.