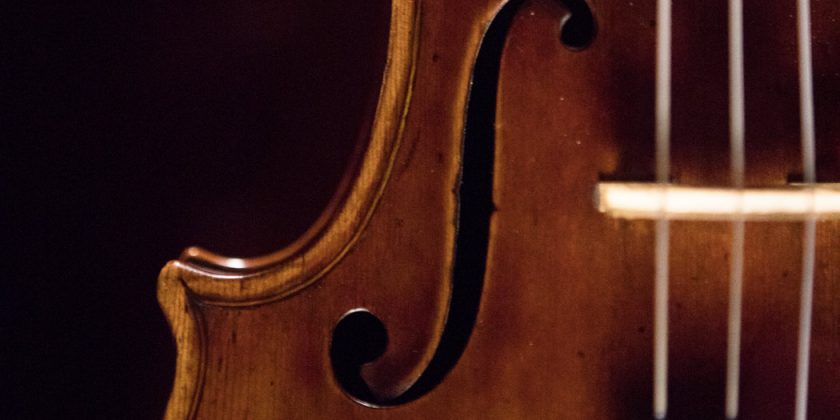 CREMONA, Italy — Florencia Rastelli was mortified. As an expert barista, she had never spilled a single cup of coffee, she said. But last Monday, as she wiped the counter at Chiave di Bacco, the cafe where she works, she knocked over a glass and it shattered loudly on the floor.

The customers all stood still, petrified, Ms. Rastelli recalled. “I was like: Of all days, this one,” she said. “Even a police officer popped in and asked me to keep it down. I was so embarrassed.”

The people of Cremona are unusually sensitive to noise right now. The police have cordoned off streets in the usually bustling city center and traffic has been diverted. During a recent news conference, the city’s mayor, Gianluca Galimberti, implored Cremona’s citizens to avoid any sudden and unnecessary sounds.

Cremona is home to the workshops of some of the world’s finest instrument makers, including Antonio Stradivari, who in the 17th and 18th centuries produced some of the finest violins and cellos ever made. The city is getting behind an ambitious project to digitally record the sounds of the Stradivarius instruments for posterity, as well as others by Amati and Guarneri del Gesù, two other famous Cremona craftsmen. And that means being quiet.

A Stradivarius violin, viola or cello represents the pinnacle of sound engineering, and nobody has been able to replicate their unique tones.

Fausto Cacciatori, the curator of Cremona’s Museo del Violino, a museum devoted to musical instruments that is assisting with the project, said that each Stradivarius had “its own personality.” But, he added, their distinctive sounds “will inevitably change,” and could even be lost within just a few decades.

“It’s part of their life cycle,” Mr. Cacciatori said. “We preserve and restore them, but after they reach a certain age, they become too fragile to be played and they ‘go to sleep,’ so to speak.” 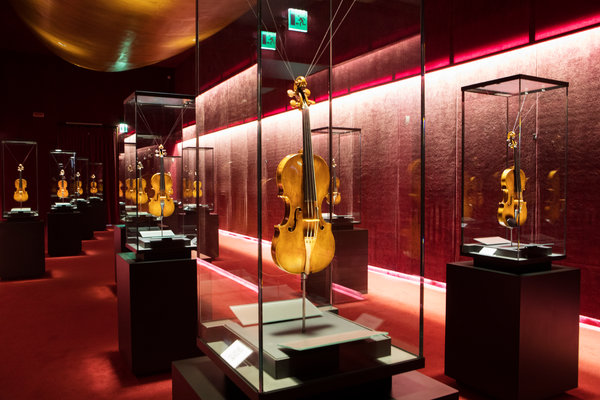 So that future generations won’t miss out on hearing the instruments, three sound engineers are producing the “Stradivarius Sound Bank” — a database storing all the possible tones that four instruments selected from the Museo del Violino’s collection can produce.

One of the engineers, Mattia Bersani, said that the sounds in the database could be manipulated with software to produce new recordings when the tone of the original instruments degraded. Musicians of the future would be able to “record a sonata with an instrument that will no longer function,” he said.

“This will allow my grandchildren to hear what a Strad sounded like,” said Leonardo Tedeschi, a former D.J. who came up with the idea for the project. “We are making immortal the finest instrument ever crafted.”

Throughout January, four musicians playing two violins, a viola and a cello will work through hundreds of scales and arpeggios, using different techniques with their bows, or plucking the strings. Thirty-two ultrasensitive microphones set up in the museum’s auditorium will capture the sounds.

“It’ll be physically and mentally challenging for them,” said Thomas Koritke, a sound engineer from Hamburg, Germany, who is leading the project. “They’ll have to play hundreds of thousands of individual notes and transitions for eight hours a day, six days a week, for more than a month.”

Organizing the project had also taken a long time, Mr. Koritke added. “It took us a few years to convince the museum to let us use 500-year-old stringed instruments,” he said. Then they had to find top musicians who knew the instruments inside out. Then the acoustics of the auditorium, which was designed around the sound of the instruments, had to be studied, as well.

In 2017, the engineers thought their project was finally ready to get underway. But a soundcheck revealed a major flaw.

“The streets around the auditorium are all made of cobblestone, an auditory nightmare,” Mr. Tedeschi said. The sound of a car engine, or a woman walking in high heels, produces vibrations that run underground and reverberate in the microphones, making the recording worthless, he explained. “It was either shutting down the entire area or having the project not seeing the light of day,” Mr. Tedeschi said.

Luckily for the engineers, Cremona’s mayor is also the president of the Stradivarius Foundation, the municipal body that owns the Museo del Violino. He allowed the streets around the museum to be closed for five weeks, and appealed to people in the city to keep it down.

“We are the only city in the world that preserves both the instruments and their voices,” Mr. Galimberti said. “This is an extraordinary project that looks at the future, and I’m sure people from Cremona will understand that closing the area was inevitable.”

On Jan. 7, the police cordoned off the streets. The auditorium’s ventilation and elevators were turned off. Every light bulb in the concert hall was unscrewed to eliminate a faint buzzing sound.

Upstairs in the museum, Mr. Cacciatori put on a pair of velvet gloves and took a 1615 Stradivarius viola from its glass display case. He inspected it thoroughly, and then a security guard escorted him and the instrument down two flight of stairs to the auditorium.

The curator handed the Stradivarius to Wim Janssen, a Dutch viola player, who walked to the center of the stage.

He sat on a chair in the semidarkness under a cluster of microphones. The three engineers left the hall, and took their seats in a soundproofed room beneath the hall filled with speakers and computer screens, servers and cables.

The violist played a C-major scale as the recording team watched graphs on their screens responding to the crisp sound of the instrument. Mr. Tedeschi grinned in satisfaction.

Then it happened, and they froze. “Stop for a moment, please,” Mr. Koritke said, and the violist held his position.

The engineers rewound the recording, and played it again.

Mr. Koritke heard the problem, loud and clear: “Who dropped a glass on the floor?”