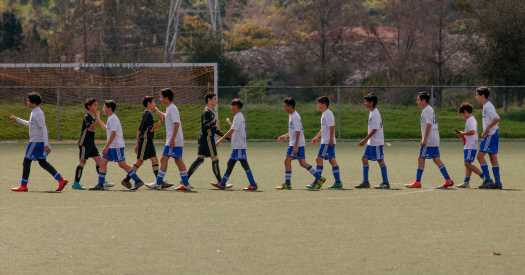 A need and desire to be in motion may have been bred into our DNA before we even became humans and could have helped to guide the evolution of our species, according to a fascinating new study of the genetics of physical activity.

The study uses big data and sophisticated genetic analyses to determine that some of the gene variants associated with how much and whether people move seem to have joined our ancestors’ genome hundreds of thousands of years ago, making them integral to human existence and well-being and raising interesting questions about what that means today, when most humans are sedentary.

There has been evidence for some time that whether and how much people and other animals move depends to some extent on family history and genetics. Past twin studies and genome-wide association studies — which scan genomes looking for snippets of DNA shared by individuals who also share certain traits — suggest that about 50 percent of physical activity behavior in people may depend on genes.

Our tendency to move or not is different from our innate aerobic fitness. Someone could be born with a large inherited endurance capacity and no interest at all in leaving the couch, or vice versa.

Little has been known, though, about when any of the gene variants associated with moving became integrated into the human genome, and that question matters. Many of the most common chronic illnesses and conditions in people today, including Type 2 diabetes, obesity, heart disease, osteoarthritis and others, are associated with being inactive.

But some other species, including chimps, which share much of our DNA, retain robust good health even when they move relatively little.

Knowing when, in our long history, the human genome started prompting us to be physically active could allow scientists to compare that moment to changes occurring in the broader environment then, such as alterations to climate, landscapes or food availability. This cross-referencing should provide clues as to why the gene variants became part of our DNA and how, fundamentally, they relate to human health, even now.

Such complex genetic analyses would have been impossible until recently. But in the past decade or so, large scientific databases have gathered and stored genetic information culled from human and other fossils, allowing researchers to compare genetic differences within and across species and time. Other databases have begun comparing how certain DNA snippets relate to other snippets from bones to determine when variants seem to have entered a genome, providing them with an approximate evolutionary age.

For the new study, which was published in April in PLOS One, researchers at Texas A&M University in College Station, Tex., decided to use many of these databases to try pinpointing, to the extent possible, the moments in human evolution when genes started urging us to move.

They began by trolling through past genome-wide association studies and other studies to find snippets of DNA that already are associated with either more or less physical activity in people. They found 104. Of these, six produce proteins that affect biological functions, usually related to metabolism. The functions of the other 98 snippets are unknown.

The Texas researchers then checked these snippets against a huge database of genomes from many different animals, to see if they are common to most mammals. They are not.

The researchers then ran the snippets through another database containing DNA from chimps and Neanderthals, our closest biological relatives, to get a sense of whether we share activity-related gene snippets with them. And they found some overlap, but mainly in the few gene variants associated with relative inactivity. The snippets related to frequent moving were more common in people.

Finally, the researchers cross-referenced a database of gene ages, to estimate when our physical-activity-related variants probably entered our DNA. They had expected that the snippets promoting activity would have taken root between about 10,000 years ago, when humans began subsistence farming, a lifestyle that demands long hours of physical labor.

But it turned out that most of the relevant snippets were far older, according to the database estimates, having probably arisen in early humans about 500,000 years ago, when our ancestors still were Homo erectus and not yet Homo sapiens — i.e., us.

This was also about the time of an evolutionary inflection point, when human bodies and brains began to grow and the open savanna to spread, inspiring a need to forage more widely for food, says J. Timothy Lightfoot, a professor of kinesiology at Texas A&M. He conducted the new study with his doctoral student Ayland Letsinger and others.

“If you were lazy then, you did not survive,” he says.

Instead, the physically active lived, procreated and passed on their genes, Dr. Lightfoot says.

Of course, this study relied on data and estimates, not experiments, and it remains impossible to know precisely why or when human genes changed.

The researchers also do not know whether or how any of the gene snippets related to moving might cause people to be more active.

But the findings are provocative, Dr. Lightfoot says. They suggest that being active was built into us “from the beginning,” he says, helping to make us human.