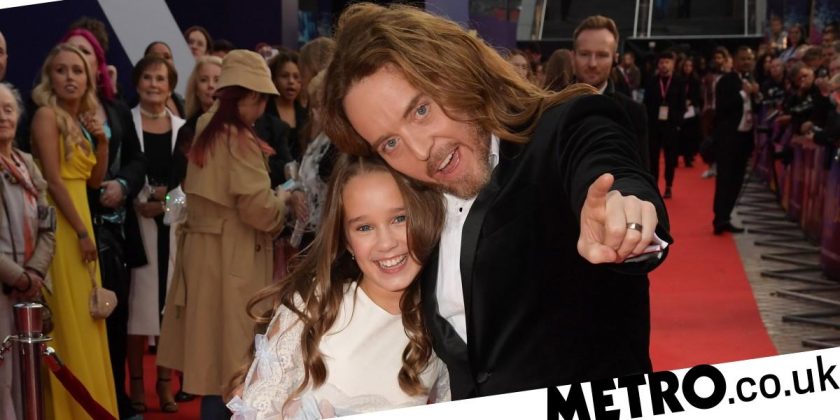 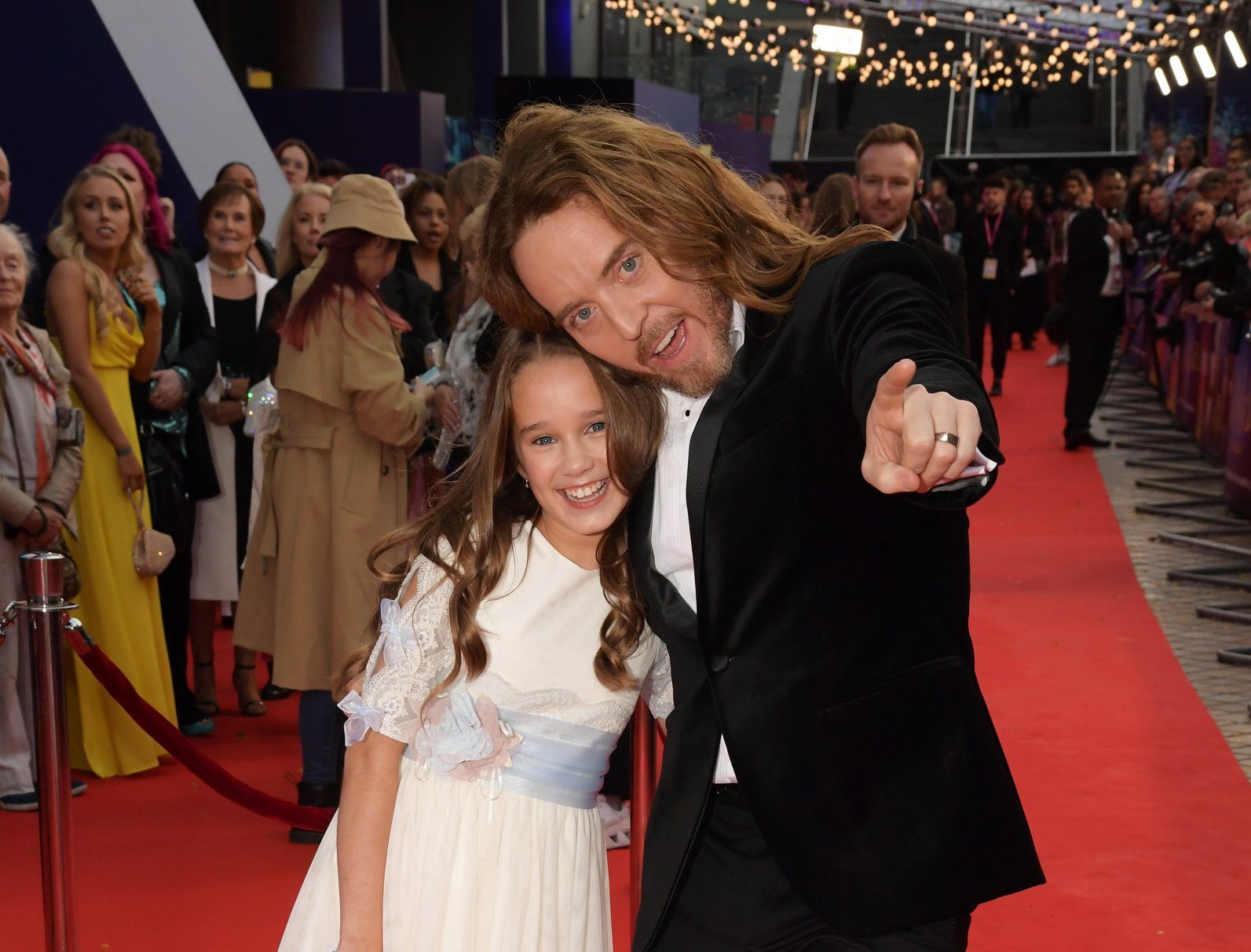 Teaming his trademark tangle of ginger hair with black skinny jeans and studded ankle boots, comedian and polymath Tim Minchin is looking very rock’n’roll as I enter his hotel suite – at least what I can see of him.

‘Do you always hug cushions?’ I ask.

‘It’s taken f***ing years to get on top of that,’ he laughs, relaxing slightly on the sofa. ‘Because being able to exercise is something that rich people get to do. That’s one of the privileges of things having gone well.’

The reason they’ve gone so well is Matilda: The Musical. In 2008, Minchin was paid £10,000 by the RSC to write a stage adaptation of Roald Dahl’s classic children’s story about a book-loving girl with magical powers.

Still running in the West End, the show became a record-breaking smash and is now a movie, with Dame Emma Thompson as the demon headmistress, Miss Trunchbull and Alisha Weir in the title role. Is Minchin fed up of talking about it? Not a bit.

‘Matilda is such a beautiful thing in my life,’ he says. ‘There is just no f***ing downside to Matilda. It hasn’t hurt anyone. It employs hundreds of people. It makes money for charities and it puts good ideas in the world that have stood up really well.

‘The messages about defiance are beautiful for young girls. Not to be trite about it, I saw a photo of a bunch of Iranian girls giving the finger to a picture of the Ayatollah Khomeini – I mean [he starts quoting the lyrics of Matilda’s anthem, Naughty] if that’s not “if that’s not right! You have to put it right!”, I don’t know what is.’

A natural rebel himself, Minchin built his career on shows that hold a mirror up to society, including the notorious Pope Song – a tirade against the church’s cover up of child molestation. It’s that spirit of speaking truth to power that he brings out in Matilda.

‘Dahl’s heroes were always children and their superpower is their childness. In most children’s literature, even Harry Potter, it’s the moral clarity that you get before you are compromised by the complexity of adulthood that attracts us.’

Not that anything’s that simple. Minchin is a chap with a pathological urge to interrogate ideas. We are soon knee-deep in a multi-layered re-examination of Matilda within the context of what he calls ‘a post-digital age that manifests itself as call-out culture’ to the point my brain is pretty much as messed up as Minchin’s hair.

If you ever thought Matilda: The Musical was just for kids, you would be very mistaken. And if the stage show already made adults cry for their inner child, be warned that the film is even more emotional. That’s because, as Minchin says, thanks to the camera, ‘you’re right there – you’re in the experience.’

What makes him sob is the response he’s received over the years to Quiet, another tear-jerking number that Matilda, who is more obviously neurodivergent in the movie, sings about sensory overload.

Who’s who in Roald Dahl’s Matilda The Musical

Yes, that’s Dame Emma under the face prosthetics. Though the padding she wears as Dahl’s horrible head teacher has triggered ‘fattist’ controversy.

The No Time To Die Bond girl shows her softer side as a downtrodden primary school teacher with a sad past, who treats Matilda with rare kindness.

The TV favourite plays Matilda’s dad, a dodgy second-hand car salesman. Fans of the stage show will be disappointed that his big number, Telly, didn’t make the cut.

The chameleonic actress gets to play it large and loud as Matilda’s big-haired, neglectful mum, who wishes her daughter had never been born.

We predict great things for this 13-year-old Irish newcomer who bagged the lead role after what director Matthew Warchus called ‘an unforgettable audition’.

‘I’ve had letters from autistic people or parents of autistic kids who have been largely non-verbal their whole lives saying how this song describes their life.’

Minchin’s own daughter, Violet, was diagnosed autistic aged 13 – and after he had written the musical – following ‘a massive f***ing crash and acute depression’.

Being able to send Violet and her brother ‘to a school where their slightly odd little brains are slightly more looked after’ is, he says, the main perk of Matilda’s huge success. That and a nice Sydney house by the beach.

Surely he never has to work again?

‘If I lived a modest life, I probably could’ve retired,’ he says.

‘And what I should be doing is leveraging this extraordinary privilege into taking holidays but I’m just really bad at that, because I’m unfortunately completely addicted to work.’

And with a final pat of his cushion, he rocks off to do some more.

Roald Dahl’s Matilda The Musical is out Friday in cinemas