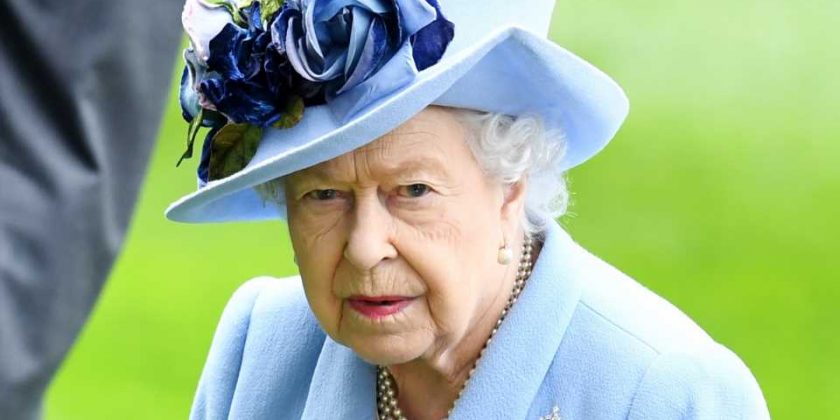 She isn’t called the Queen of the United Kingdom for nothing. Queen Elizabeth ordered her lady-in-waiting to hold her bag, and the video is a total mood. The moment happened on Tuesday, July 10, when Queen Elizabeth II was National Institute of Agricultural Botany near Cambridge to celebrate 100 years of crop research. There, the Queen was asked to plant a hornbeam tree in honor of the celebration, which is when the sassy moment with her royal aide happened.

Video of the moment shows the Queen ordering her lady-in-waiting to hold her black Launer handbag before she was handed a shovel to plant a sapling, according to Express. “Can you take that? I can’t do both,” she said to her lady-in-waiting. When it came time to shovel some dirt around a sapling, an assistant offers to help the Queen with the task. Not having it, Queen Elizabeth responded, “No. No. I’m still perfectly capable of planting a tree.”

It’s been 25 years since the Queen last visited the institute. The last time she was there was for its 75th anniversary, where she was gifted a mulberry bowl from a tree that her grandmother, Queen Mary, planted on October 14, 1921, when the institute first opened.

Queen Elizabeth, who turned 93 in April, may soon have a lot of time for gardening. According to Phil Dampier, a royal expert for Yahoo, the Queen is expected to relinquish some of her power as sovereign by the time she turns 95 in less than two years. Though the Queen isn’t expected to abdicate completely, she likely will relinquish some of her responsibilities to her son Prince Charles (who will become king when the Queen dies) and Prince William, her grandson, who is second in line for the throne.