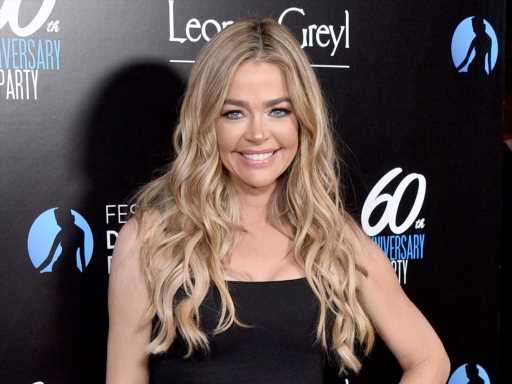 It looks like Denise Richards is getting ready to serve up some new content on her OnlyFans platform. She gave a sneak peek to her Instagram followers on Friday, sharing a sexy hint of what is to come.

Wearing a black dress that hugged every curve, Richards gave a few sultry moves and looks to the camera. She accessorized the stylish outfit with black platform heels, a gold necklace, and her wavy hair in a half-up, half-down style. The photo shoot even had a fan blowing her long locks with every shot, giving her the ultimate Mariah Carey glam vibe.

The clip played Milky Chance’s single, “Stolen Dance,” which certainly set the mood for every smokin’ hot move she made. The 51-year-old actress captioned her post, “Never gets boring.” We doubt her fans find her social media account boring because she’s been stepping up her game now that she, and her 18-year-old daughter Sami Sheen, are OnlyFans content creators.

Richards has no problem with her daughter having an account, and that’s why she joined the adult site to support her. “I’ve done things in my career, I’ve done Playboy and obviously Wild Things, and I’ve done sexy shoots before promoting movies and stuff like that,” she told Sirius XM’s Jeff Lewis Live. “I thought this is not fair that she would be getting this much backlash when a lot of people post stuff like that even just on Instagram.” So far, it looks like her move of solidarity is quite a success for Richards, who probably is looking at The Real Housewives of Beverly Hills in the rearview mirror.

Before you go, click here to see all the celebrity women who have posed for Playboy. 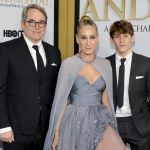