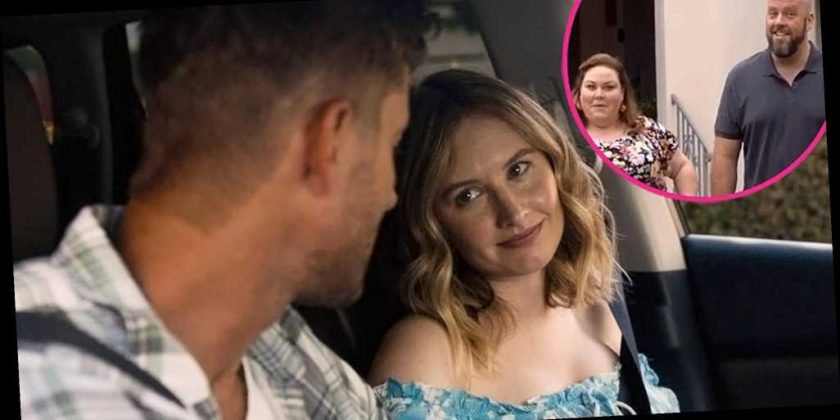 The season 5 premiere of This Is Us is days away, but Justin Hartley couldn’t wait to share Kevin’s big news. In a sneak peek shared by the actor on Friday, October 23, Kevin tells Kate and Toby that Madison is pregnant.

8 Questions We Still Have After the ‘This Is Us’ Finale

In the clip, Kevin arrives at Kate (Chrissy Metz) and Toby’s (Chris Sullivan) home — in a mask — to tell the couple news he didn’t feel was appropriate to share via Zoom. (This Is Us creator Dan Fogelman previously confirmed that the NBC drama would tackle the coronavirus pandemic “head on.”)

“It’s the big one! Yes! Just say it, you’re the new Batman,” Toby quips to Kevin. “What else could it be? What, did you start a tequila company? Did you get somebody knocked up?”

After an awkward silence, Madison (Caitlin Thompson) gets out of the car to reveal her baby bump.

“Why is Madison getting out of the car? What is Madison doing here? Madison, are you pregnant?” Toby says. “Kevin? Kevin! Kevin, did you get Madison pregnant?”

Madison subsequently reveals that they are expecting twins.

“What are these words that you’re saying right now? What is happening!” Toby exclaims.

Kate, meanwhile, is quiet before she starts crying. While it’s initially unclear if she’s happy about the news, she ultimately exclaims, “We need a massive air hug right now! Congratulations!”

Season 4 of This Is Us ended with Kevin learning that Madison is pregnant with his babies. In the season 5 trailer, fans seemingly learn that she is also Kevin’s fiancée.

7 Bombshells Revealed on ‘This Is Us’

“You’re going to need to explain the use of the word fiancée,” Kate says to her brother, who is seen rubbing Madison’s pregnant stomach. Madison, however, isn’t wearing a ring in the clip.

This Is Us also stars Milo Ventimiglia, Mandy Moore, Sterling K. Brown and Susan Kelechi Watson. During the season 4 finale, Kevin and Brown’s Randall got into an explosive fight.

This Is Us returns with its two-hour premiere on NBC Tuesday, October 27, at 9 p.m. ET.