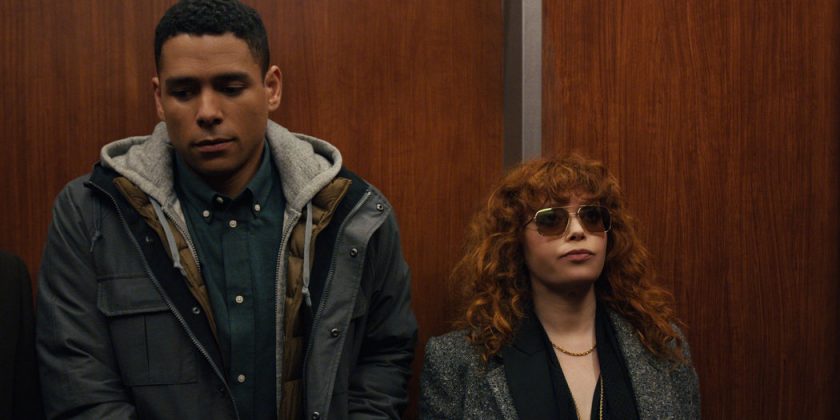 Spoilers ahead for the first season of “Russian Doll.”

In the new Netflix series “Russian Doll,” Nadia (Natasha Lyonne), a cynical video game programmer with commitment issues, finds herself caught in a never-ending cycle of death and resurrection on the night of her 36th birthday party. No matter what Nadia does, she eventually dies and awakens in the same bathroom on that same night at that same party. And with almost every reset, the staccato piano chords of a nearly 50-year-old pop tune kick in.

That song is “Gotta Get Up,” the opening track from the late singer-songwriter Harry Nilsson’s 1971 album “Nilsson Schmilsson,” and its bright, infectious instrumentation belies melancholy, wistful lyrics about growing older.

Lyonne, who created “Russian Doll” with Amy Poehler and Leslye Headland, was struck by the “buoyant doomsday quality” of Nilsson’s famously troubled life, as chronicled in the 2010 documentary “Who Is Harry Nilsson (And Why Is Everybody Talkin’ About Him)?” (An alcoholic, Nilsson struggled financially throughout his career and died at 52, of heart failure, in 1994.)

“There was always a kind of ending that was unpleasant,” Lyonne said this week, “that was percolating under the surface of his songs, even at their most upbeat and certainly at their darkest.”

The Brooklyn-born Nilsson — whose legacy didn’t endure to the extent one might have expected in his ’70s heyday, which was distinguished by songs like “Everybody’s Talkin’” and the respect of celebrated peers like John Lennon — was the “perfect marriage of all those ideas.”

Early on, there were other contenders for Nadia’s reset song, including Lou Reed’s “Crazy Feeling,” The Stooges’s “No Fun” and Lil’ Kim’s “Not Tonight.” But though they may have fit the tone, the creative team kept coming back to “Gotta Get Up” — as Lyonne put it, the other artists “didn’t pack the guttural punch” of Nilsson.

Obtaining the rights to the song was another matter. The plan to reuse it many times, à la “I Got You Babe” in “Groundhog Day,” the show’s most obvious antecedent, ate into most of the music budget. Nilsson’s estate also limited the production to a certain amount of uses.

As editing progressed, uncertainty about the song’s availability hung over the show like a “daily albatross,” Lyonne said, and the creators pondered which songs they might be willing to give up in order to afford “Gotta Get Up.”

Because “Gotta Get Up” had become the song — if there was a Plan B, neither Lyonne or Headland, who discussed the topic in a separate interview, recall what it was. Fortunately, approval finally arrived late in the editing process. 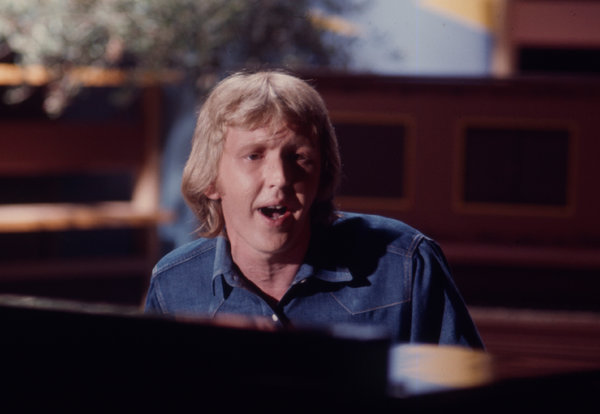 In an email, Brienne Rose, the show’s music supervisor, did not specify the terms of the licensing deal, citing confidentiality. But she did note that the team was able “to find a balance between the maximum number of uses, and what the budget would allow.”

The constraints contributed to the varying ways in which “Gotta Get Up” is employed for Nadia’s resets — in the second episode, she dies several times within a four-minute montage, while the song continues to loop underneath, uninterrupted. In the pivotal fifth episode, in which Nadia begins to question her own goodness and morality, the song doesn’t appear at all.

“We were able to kind of straddle that line and put you in a particular head space as you were watching the rest of the loop,” Headland said. “It’s the kind of thing you probably don’t notice, but your brain did.”

(For the record, the theme song for Alan, the show’s other oft reanimated character, played by Charlie Barnett, was Beethoven’s “Piano Concerto No. 4 In G Major.” For both Headland and Lyonne, the composer is inextricably linked with Stanley Kubrick’s “A Clockwork Orange” — Headland views Beethoven primarily through the lenses of “pent-up energy” and “violence,” she said, themes that are found throughout “Russian Doll.”)

The reset song technique does “more heavy lifting than just marking where you are in time,” Headland said, noting a scene from Episode 4 where, in a departure from the other sequences, “Gotta Get Up” intrudes on Alan’s reset.

“Russian Doll” is about being haunted, she added. “So that music — what happened with Nilsson in his own personal life, and all those things — it’s just so obvious to me that he’s one of the many ghosts that are in that story.”