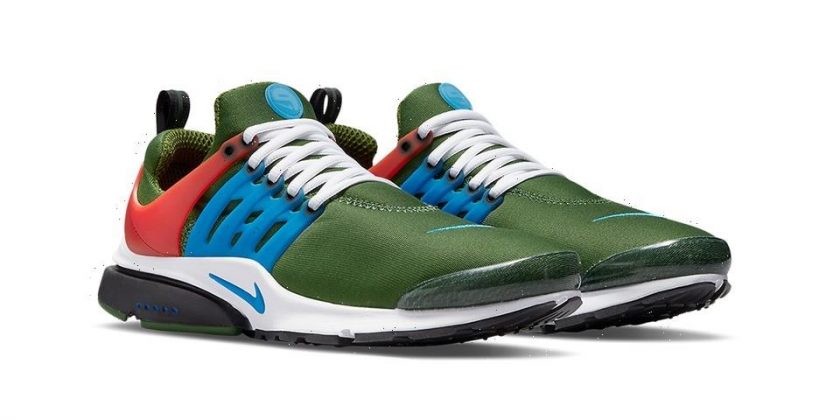 On the outside, the sneakers are dressed with a trifecta of core colors. “Forest Green” is certainly the most prevalent in this case as it drapes over the synthetic base and mesh interior lining while “Photo Blue” follows closely behind as it ornaments the cages, Swooshes on the toe boxes and midsoles as well as the Presto badges on the tongues. Additionally, “Team Orange” accents are present across heel counters and the cozy knitwear patterns that act as the insole’s wallpaper. Solid black notes also make an appearance atop the heel loops, outsoles and back end of the midsoles.

These have now sold out via Nike Japan, but expect a stateside drop to arrive likely in the coming weeks via Nike for $130 USD.