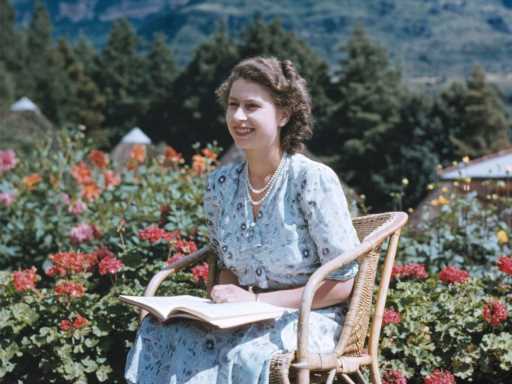 Today marks the 96th birthday of Her Majesty Queen Elizabeth II, long may she reign. From a young age, the Queen — once Princess Elizabeth — knew her destiny in the eyes of the people, and her near-century of life in photos shows how wholly she committed her life to royal duty. The royal’s moment of celebration comes a little over a year after the funeral of Her Majesty’s late husband late husband Prince Philip, Duke of Edinburgh, who lived to the age of 99. Queen Elizabeth II has enjoyed the longest reign of any monarch in British history, and still has not indicated she intends to pass over the throne to heir Prince Charles anytime soon. And indeed, as we look back at her years rising through the royal ranks, it’s hard to remember her as anything but the Queen.

For her birthday, the royal family’s Instagram shared a rare peek at the Queen well before she took on her royal title: at the tender age of 2-years-old.

“Today as The Queen turns 96, we’re sharing this photograph taken when she was 2-years-old,” the royal Instagram reads. “Then Princess Elizabeth, she was the eldest daughter of The Duke and Duchess of York and was never expected to become Queen. Her life changed in 1936 when her uncle, King Edward VIII abdicated, her father became King George VI and the young Princess became the heir presumptive.”

“Following the sad death of her father in 1952, Princess Elizabeth became Queen Elizabeth II aged just 25, and this year is celebrating 70 years on the throne -— a first in British history.”

Queen Elizabeth II has had an unforgettable life. These photos of Elizabeth over the years showcase a side to the monarch you may have forgotten.

A version of this story was originally published in 2021.