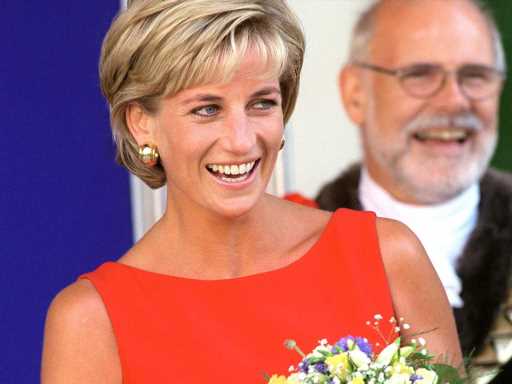 For the fans of The Crown, season 5 of the Netflix hit is promising some uncanny royal lookalikes. In newly released photos from the set, Australian actress Elizabeth Debicki is a spitting image of the late Princess Diana.

In the images, shared by People Magazine and taken in Mallorca, Spain, Debicki is seen smiling in a red figure-flattering belted dress with white shoes and a white bag. The look is a nod to the former Princess of Wales’ 1997 outfit — a belted red dress in a visit to the Northwick Park & St. Mark’s Hospital in Harrow, Middlesex, England.

Next to her are the actors playing young Prince William (Rufus Kampa) and Prince Harry (Will Powell). In the image, the duo also show a shocking similarity to their real-life counterparts, William with his signature side-part and Harry with ginger hair and chipper personality. See photos here!

Debicki is set to portray Princess Diana for the final two seasons of the show, which will feature the royal in her last few years before her tragic accident in 1997. Prior to Debicki’s era, Princess Diana was played by newcomer Emma Corrin in the fourth season.

Back in 2020, Debicki’s casting as the late royal was announced on social media. “Princess Diana’s spirit, her words and her actions live in the hearts of so many. It is my true privilege and honor to be joining this masterful series, which has had me absolutely hooked from episode one,” she said in a statement at the time. 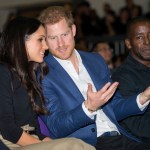 Regarding the future of the show, the show’s creator Peter Morgan explained that there will be a sixth season but it will be the final one in the series, per The Hollywood Reporter.

“As we started to discuss the storyline for Series 5, it soon became clear that in order to do justice to the richness and complexity of the story we should go back to the original plan and do six seasons,” Morgan told the outlet. He added, “To be clear, Series 6 will not bring us any closer to present day — it will simply enable us to cover the same period in greater detail.”

Before you go, click here to see the best royal family tell-all books in House of Windsor history.