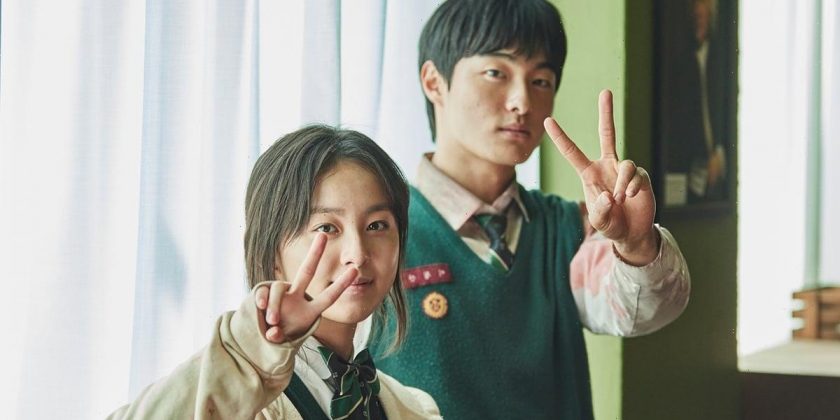 For a show about a raging zombie apocalypse, heartbreak, and the unwavering power of friendship, Netflix’s “All of Us Are Dead” produced some hilarious behind-the-scenes cast moments that have us tempted to risk it all against the undead for a chance to join their badass crew.

The second Korean drama to hit number one on Netflix since the viral success of “Squid Game,” “All of Us Are Dead” is packed with gruesome horror scenes, hyperrealistic movie makeup, and storylines so harrowing that we exhausted the pause buttons on our remotes to compose ourselves every step of the way. But even if bloodthirsty zombies biting into human flesh and ruthless survival techniques aren’t your thing, these adorable behind-the-scenes photos of the cast unleashing their silly sides are worth a scroll.

The main cast feature Park Ji-hu (Nam On-jo), Yoon Chan-young (Lee Cheong-san), Cho Yi-hyun (Choi Nam-ra), Park Solomon (Lee Su-hyeok), Yoo In-soo (Yoon Gwi-nam), Lee You-mi (Lee Na-yeon), Lim Jae-hyeok (Yang Dae-su), and Ha Seung-ri (Jang Ha-ri) as a group of students at Hyosan High School in South Korea who find themselves trapped in the center of a zombie virus outbreak. On screen, On-jo, Cheong-san, Nam-ra, and Su-hyeok are caught in a love square, but off screen, they’re basically best friends. And that photo of Yoo — aka the most terrifying bully you could ever imagine on screen — and Cho, the class president, is a welcome reminder that even heroes and villains can get along when the cameras aren’t rolling.

As we recover from that painful ending on season one and mentally prepare ourselves for the possibility of a second season, see what kind of fun the cast got up to behind the scenes ahead.