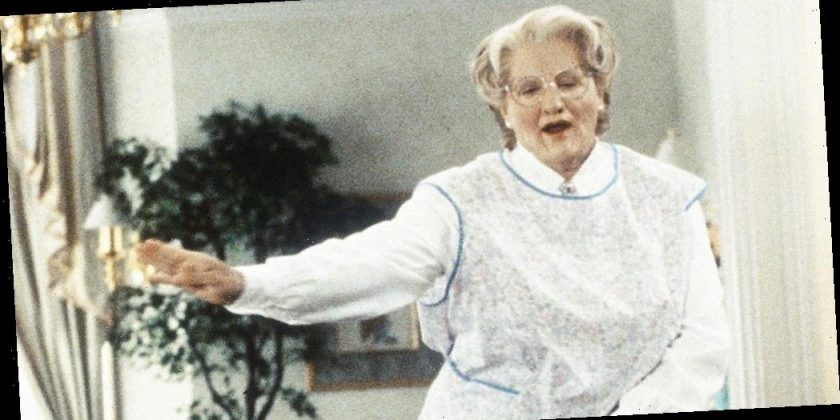 The only person more naughty than Daniel Hillard was Mrs. Doubtfire, and Robin Williams’ iconic characters may have been even racier than fans thought.

The Twitter account Film Facts drove cinephiles wild with a viral post on Thursday, March 18, that claimed the late actor “improvised so much” on the set of Mrs. Doubtfire “that there were PG, PG-13, R and NC-17 cuts of the film.” The tweet caused quite a stir on the social media platform as users begged for the NSFW version to be released.

“After the year we’ve had we deserve the NC-17 version of this movie,” one Twitter user wrote amid the COVID-19 pandemic. Another echoed, “Release both the Rated R and NC-17 cut of Mrs. Doubtfire! The world needs Robin Williams more than ever!”

Some Generation Zers were confused what could have possibly made the PG-13-rated comedy-drama so risqué, to which a third Twitter user clapped back, “You obviously grew up with Disney Robin Williams,” referencing the comedian’s role as the Genie in Aladdin.

The rumor seemingly originated from director Chris Columbus’ wide-ranging July 2015 interview with Yahoo! Entertainment, in which he confirmed that he had four different cuts in the editing room: “a PG-rated version of the film, PG-13, R and NC-17.” Columbus, now 62, did not share any further details about the unseen footage.

Mara Wilson, who played Natalie Hillard in the beloved 1993 movie, has also confirmed that Williams pushed the envelopes behind the scenes, but maybe not to the extent that Columbus teased.

“I don’t know about NC-17, but with some of the things [Robin] said, I’m sure there was probably an R cut somewhere,” the actress, 33, said on Logo’s Cocktails & Classics in November 2016, making sure to note that her onscreen father “was very respectful” around her 5-year-old self on set. “He had kids himself, and obviously he’s known for some of his blue material. He didn’t do that around us. But he was hilarious. He did all sorts of crazy, funny stuff with us all the time too. We had a lot of fun.”

Most Shocking Celebrity Deaths of All Time

20th Century Fox announced in April 2014 that a sequel to Mrs. Doubtfire was in the works, with Williams and Columbus set to return. However, after the Mork & Mindy alum died by suicide at age 63 that August, the plans were scrapped.

The flick has since been adapted into a musical, which began previews in Seattle in November 2019 and in New York City the following March. However, its official premiere on Broadway has been indefinitely postponed due to the coronavirus crisis.