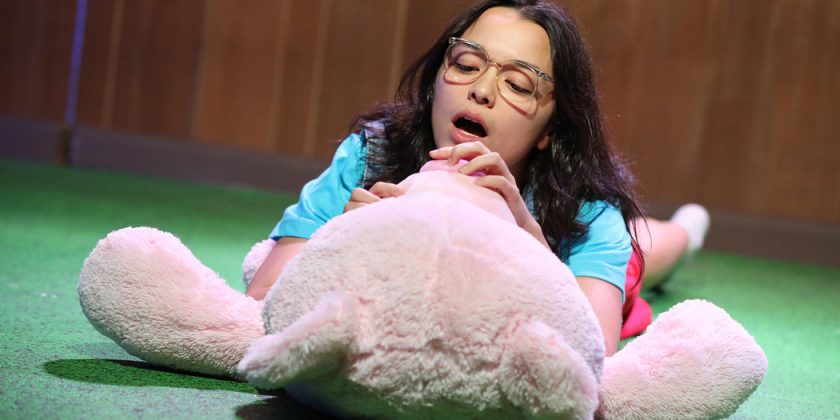 The overalls. The pigtails. The eyebrow-penciled spray of freckles on the cheeks.

Anyone with even a passing familiarity to children’s theater knows (and probably dreads) the telltale signs of grown-ups playing kids on stage. Lisps are not uncommon.

In an era when audiences and actors alike expect to see traditionally underrepresented demographics portrayed by actors from those communities, age has become a more fluid concept to explore. (This also allows for provocative content that would be questionable at best with actual children involved.) Not the mild suspension of disbelief wherein 23-year-olds play high school sophomores on TV — some things will never change — but a more drastic shift appears to be underway onstage.

The most visible current example of this can be found at the Shubert Theater, where three pivotal roles in “To Kill a Mockingbird” — Dill, Jem and the play’s narrator, Scout — are being played by performers double and triple the characters’ ages.

Aaron Sorkin, who has adapted Harper Lee’s beloved 1960 novel for the stage, has described his version as a memory play, a quality that it shares with “Dance Nation” and “Usual Girls.”. This creates a plausible framework for older actors to portray a variety of ages, as they do in works like “The Glass Menagerie” and “Dancing at Lughnasa” — but it also requires audiences to accept the unexpected. One “Dance Nation” performer, Ellen Maddow, turned 70 during the run of the play, in which she played a 13-year-old.

What’s the secret to success? Here are some thoughts, warnings and tips from the performers themselves, the playwrights who give them language, the directors who steer them and (a crucially important component) the costume designers who dress them. Some answers have been edited for space and clarity. (The “Mockingbird” cast and creative team declined to be interviewed.) 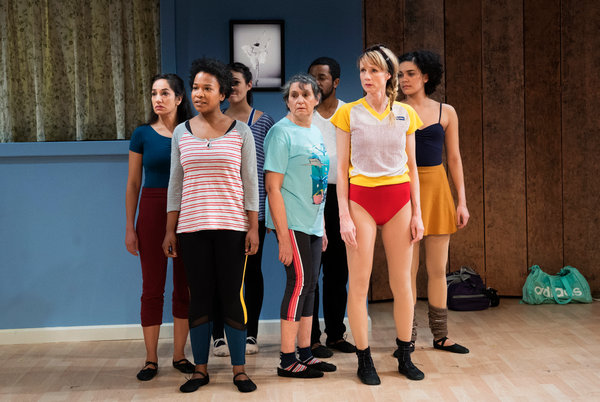 ELLEN MADDOW (“Dance Nation”) I happen to be naturally awkward, so some of it came easily to me! … One danger were those cutesy vocal cadences. We would often say to each other, “You’re drifting,” any time those would creep in.

JAYNE HOUDYSHELL (who played the 9-year-old title character in “Coraline”) I did spend time watching children in order to specifically observe how they lived in their bodies. They don’t worry about how their clothes look, or whether their stomach is sucked in, or whether their hair is messed up. There is an ultimate freedom from all of that self-centered worry about how they appear to others that is marvelous.

EBONI BOOTH (“Dance Nation”) Clare was trying to make a point about how we’re a lot of different ages at different times. She and Lee [the director Lee Sunday Evans] kept using the word “grounded” to describe how we use our adult experiences to convey youth. From the audience’s perspective, watching a child approximate a situation — especially a potentially inappropriate one — is very different from watching an adult with hindsight navigate that same terrain.

ANDREW KEENAN-BOLGER (“Newsies,” “Tuck Everlasting”) When I was 15, I was performing in the out-of-town tryout of “Seussical” when my voice changed. Most teenage boys have a hard enough time grappling with voice cracks, but I had to do it every night in front of 2,000 people. Theater was something that had been a hobby and a joy but was now keeping me up at night and making me resent my changing body. You just don’t have those problems when you’ve cast an adult as a kid — which I think is better for audiences and, frankly, a little healthier for kids who shouldn’t feel worried that growing up will be bad for their career.

MIDORI FRANCIS (“Usual Girls”) It requires you to be very, very open to the world, to everything you see and hear, and that’s really cool. Some days, if I’m feeling particularly old or cynical, I’ll watch a YouTube video of a little kid. And my scene partner and I play tag in the lobby every night before we go on.

‘Those Names Stuck’: Writing the Parts

NOAH HAIDLE (author of “Mr. Marmalade” and “Smokefall,” which featured grown actors playing a 4-year-old and a pair of fetuses, respectively) I think verisimilitude in theater is stupid. We don’t have many advantages over TV and film, but at least we have this heightened vocabulary to work with. Plus, I’d get arrested if I put an actual 4-year-old in “Mr. Marmalade.”

MING PEIFFER (“Usual Girls”) The characters go through a lot of sexual situations, and it didn’t feel ethically right to have young girls in those roles. It also lets you play on the audience in a more psychological space rather than alarm them in an “Oh, that poor kid!” level.

CLARE BARRON (“Dance Nation”) The play is about how what happens to us at 13 stays with us for the rest of our lives. I sort of think of my early adolescence as the crucible of my identity — the moment where I named myself as weird or sensitive or good at this and bad at that, and those names stuck. I wanted the 13-year-old characters to be haunted by the adults they would become. And the older actors to be haunted by their 13-year-old shadow selves. The biggest compliment I’ve ever received about the play came from a 13-year-old audience member who said that the play was everything she felt, but didn’t know how to say yet. The older actors know how to say it.

‘Clarity and Complexity’: Directing the Parts

LEIGH SILVERMAN (“Coraline”) There’s rarely a dramatic need for cuteness in the theater.

LEE SUNDAY EVANS (“Dance Nation”) I felt that we gained clarity and complexity. The complexity came from how the tension between these younger roles being inhabited by these adult actors asked all of us to endow these preteen characters with a lot of intelligence, maturity, emotional depth and wisdom that I think our culture often minimizes in the portrayal of young people.

JAMES LAPINE (who cast Celia Keenan-Bolger, the current Scout in “To Kill a Mockingbird,” in “The 25th Annual Putnam County Spelling Bee”) I made all the actors bring photographs in from when they were kids, and I’d ask them a lot of questions about what they were like at that age. It jogged a lot of memories for them. We also rehearsed it for a while with them playing the roles at their own age, which they hated. Then, once they begged me to stop, we gradually worked our way backward.

‘Honor the Humans’: Dressing the Parts

ASTA HOSTETTER (costume designer, “Dance Nation” and “Usual Girls”) Clare Barron was specifically interested in 13-year-olds because it is the age in life when you learn to curb your ambitions, to be more quiet. The intoxication of “Dance Nation” was the ambiguity between child and performer — the poetic text required the costumes to support the hopefulness of youth while honoring the maturity of the performers. We wanted the clothes to melt away and honor the humans wearing them.