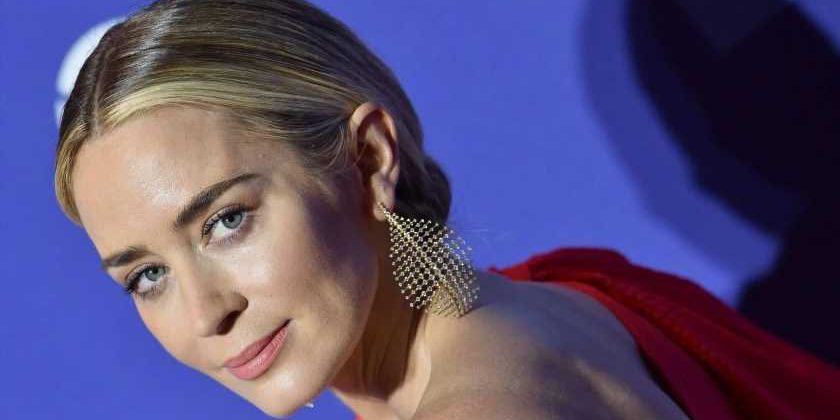 With over 11 Academy Awards from 36 nominations, British filmmaker Christopher Nolan is widely considered one of Hollywood’s very best directors.

From mind-bending Inception to space drama Interstellar, along with Tenet and Christian Bale’s Batman trilogy, Nolan has a reputation for thrillingly complex and high-octane films with a touch of darkness.

We can expect his latest film, Oppenheimer, a gritty thriller about the scientist who invented the atomic bomb, to be no different then.

And with The Hollywood Reporter confirming that Cillian Murphy and Emily Blunt have now been cast as leads, we already can’t wait to hear more about it.

Here’s everything we know about Oppenheimer so far.

What’s the plot of Oppenheimer?

As per Deadline,the upcoming biopic will track the life of J. Robert Oppenheimer (played by Murphy), the scientist who ran the Manhattan Project that led to the invention of the atomic bomb. Blunt will take on a role as his wife, Katherine “Kitty” Oppenheimer Vissering.

Universal describes the project as an “epic thriller that thrusts audiences into the pulse-pounding paradox of the enigmatic man who must risk destroying the world in order to save it.”

Who stars in Oppenheimer?

According to reports from Deadline, Murphy and Blunt join “what is believed to be an all-star ensemble,” however no other casting details have been confirmed.

But having previously directed some of Hollywood’s biggest names, from Heath Ledger and Leonardo DiCaprio, to Anne Hathaway and Morgan Freeman.

Nolan will write and direct the film, while his creative partner and wife, Emma Thomas, will produce with Charles Roven of Atlas Entertainment.

What is the true story behind Oppenheimer?

Nolan’s Oppenheimer is based on American Prometheus: The Triumph and Tragedy of J. Robert Oppenheimer, a 2005 book by Kai Bird and Martin J. Sherwin that won the Pulitzer Prize.

J. Robert Oppenheimer (1904-1967) was an American theoretical physicist.During the Manhattan Project – the World War II project that produced the first ever nuclear weapons – Oppenheimer was director of the Los Alamos Laboratory and responsible for the research and design of an atomic bomb.

A child genius and Harvard graduate, Oppenheimer is widely considered the “father of the atomic bomb”.

The first ever atomic bomb was detonated in New Mexico on 16 July 1945. Later, in August 1945 two atomic bombs were dropped on Hiroshima and Nagasaki, which ultimately pushed the Japanese to surrender to US forces.

Oppenheimer was largely credited with the success of the Manhattan Project, however he spoke about feeling that “he had blood on his hands” for his role in its development.

In 1946, Oppenheimer told a university audience that when the Manhattan Project team spoke of what they had done, “we thought of the legend of Prometheus, of that deep sense of guilt in man’s new powers that reflects his recognition of evil, and his long knowledge of it.” He felt he held responsibility for the ensuing arms race and threat to civilization brought about by the bomb.

Later in his life, along with Albert Einstein, he established the World Academy of Art and Science in 1960. He continued lecturing physics around the world, before passing away from throat cancer in 1967.

When will Oppenheimer be available to watch?

Filming has not yet begun for Oppenheimer, but the studio has set a 21 July 2023 release date for the film.

Too long to wait? Check out our list of the best Netflix thrillers, from psychological to true crime, to watch now.