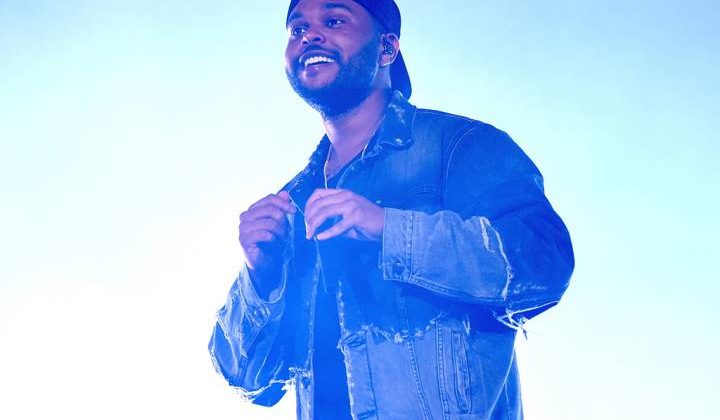 On Tuesday night, The Weeknd (a.k.a. Abel Tesfaye) headlined an intimate show at Toronto’s Rebel nightclub to launch his newest project, HXOUSE. He headlined a with a 14-song set featuring a handful of special guests, including Bryson Tiller, NAV and the Neighbourhood.

Towards the end of the night, Tesfaye hinted that his fourth album is coming. “I want you guys to be the first to know that I’m working on my new album right now,” he admitted to the crowd. (The Open HXOUSE concert was live-streamed on Twitter.)

The Weeknd performs live on stage during Lollapalooza Berlin music festival at Olympiagelände on Sept. 8, 2018 in Berlin, Germany.

The I Feel it Coming singer revealed the possible title for the album during a brief intermission. “Chapter VI coming soon. Let’s get it,” he said before breaking out into another song. The applause was fierce.

“Being in Toronto these past two days, I want to let you guys know [that] I haven’t been this inspired in years,” he added.

Following the end of the show, Tesfaye hinted the next step could be his biggest one yet. “Some chapters are smaller than others. Not this next one though,” he wrote on Twitter.

The Weeknd’s last album was the Daft Punk collaborative effort, Starboy (2016). It debuted at No. 1 on the Billboard 200 and Canadian Music Chart. It also spawned two Top 10 singles and was certified double-platinum by the RIAA.

Earlier this year, he put out an EP, My Dear Melancholy, which was a return to his early mixtape roots. The EP was critically acclaimed and included the smash-hit single Call Out My Name.

Since then, he launched HXOUSE with his longtime friends and creative partners, La Mar Taylor and Ahmed Ismail. The space is based in Toronto and used to help accelerate and promote young talent within underserved communities. Their goal is to establish up-and-coming artists and provide unique opportunities.

The Weeknd performs onstage during the 2018 Global Citizen Concert at Central Park, Great Lawn on Sept. 29, 2018 in New York City.

As of this writing, there are no official details regarding The Weeknd’s upcoming album.

Tesfaye will be closing out 2018 with a brief tour across Asia. There are no further Canadian shows this year.