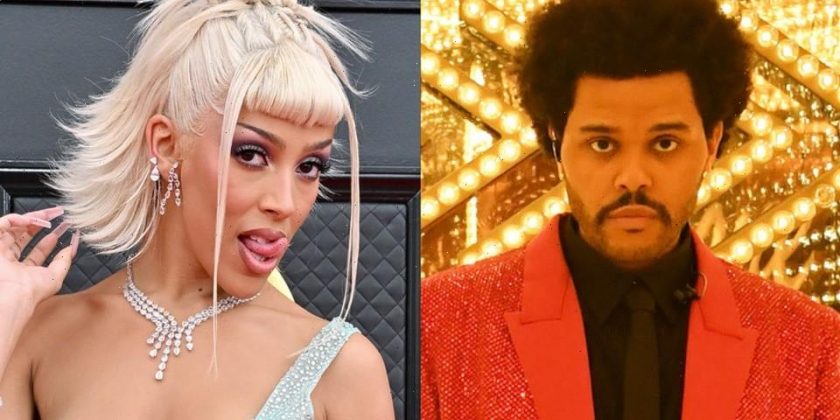 The Weeknd leads the 2022 Billboard Music Awards finalists with a total of 17 nominations, the company announced on Friday.

Following the Dawn FM vocalist, Doja Cat has secured a total of 14 nominations, while Justin Bieber, Kanye “Ye” West and Olivia Rodrigo have each earned 13 nods. Additionally, Drake received 11 nominations, Dua Lipa and Ed Sheeran have nine and The Kid Laroi claimed eight, while BTS, Giveon and Taylor Swift are each in the running for seven awards.

The Weeknd has nabbed nominations in categories including top artist, top male artist and top 100 artist, while his Ariana Grande collab “Save Your Tears (Remix)” is up for six awards. Doja Cat is also in the running for top artist, alongside Drake, Rodrigo and Swift.

Rodrigo is also nominated for best new artist, a title which she won at this year’s Grammys, alongside Giveon, Masked Wolf, Pooh Shiesty and The Kid LAROI. Meanwhile, West has received several nods in the Christian and gospel categories.

Winners will be chosen “based on key fan interactions with music, including album and digital song sales, streaming, radio airplay, and social engagement, tracked by Billboard and its data partners, including Luminate (formerly MRC Data),” according to Billboard.

The Billboard Music Awards will broadcast live from the MGM Grand Garden Arena in Las Vegas on May 15 on NBC and will stream live on Peacock.