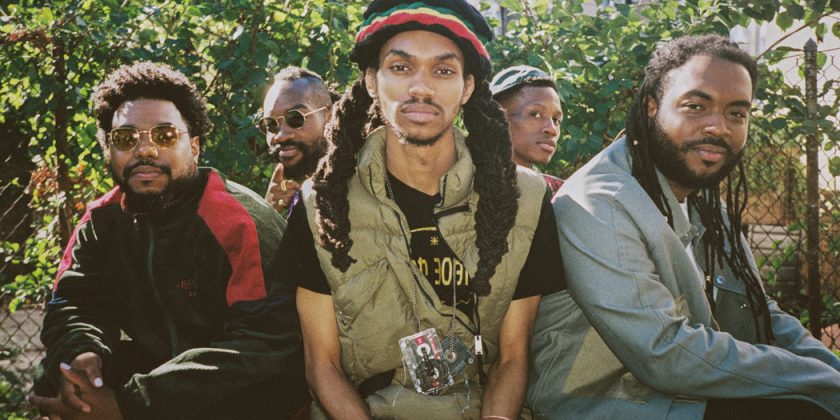 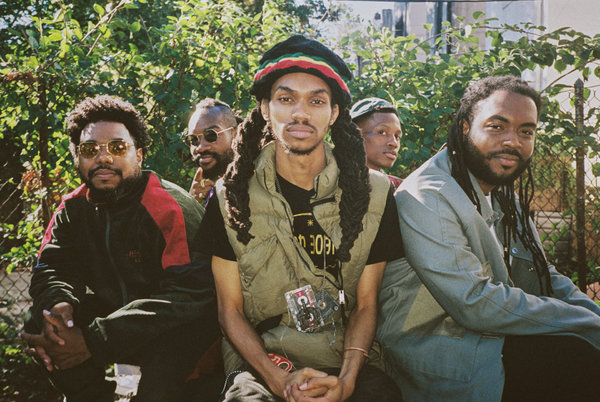 The divides between R&B, soul, hip-hop and jazz have long been porous, and more and more contemporary artists are taking advantage of this overlap. Among those is Brooklyn quintet Phony Ppl, which is performing a one-off show at Manhattan’s Mercury Lounge after spending the fall opening for rapper Pusha T.

The band members’ experimental, rough-around-the-edges approach is grounded by their instrumental prowess and smart songwriting, which gives even their most eclectic tunes the flavor of classic R&B. On the group’s most recent album, “Mozaik,” there are breezy, bossa nova-inflected grooves (“Once You Say Hello”), Soul Train-ready throwbacks (“Move Her Mind”) and upbeat raps (“Before You Get a Boyfriend”).

A romantic thread ties together much of the band’s music: “Do you want to join my one man band?” sings the frontman Elbee Thrie on “One Man Band.” “All I’ve got is my heart in my hand.” NATALIE WEINER

Nicole Kidman is a wreck in “Destroyer”: Her body’s aching bones, her skin a sun-weathered hide, her eyes ringed in perma-red. As Erin Bell, a Los Angeles detective in free-fall since an undercover assignment went terribly wrong years earlier, she wears the stench of alcohol and despair to crime scenes. Long ago any notion of home for her teenage daughter or herself was obliterated.

But when a dead body is found surrounded by ink-stained bills, Bell knows: Silas, a cultlike bank robber, is back. And she’s off on a mission to end the man who ended any shot she had at happiness.

Kidman fades into Bell to the point of being nearly unrecognizable — portraying her as a fresh-faced rookie, then as gnarled terminator — and has been nominated for a Golden Globe. Karyn Kusama (“Girlfight”) directs this pulpy, savage drama with undertones of “Dirty Harry” and “Heat,” and starring Sebastian Stan, Tatiana Maslany and a kick-ass shootout. “Destroyer” opens on Christmas Day in New York and Los Angeles before rolling out nationally in January. KATHRYN SHATTUCK

Theater: A Bonanza of Broadway Matinees

It’s the rare last-minute gift that doubles as a way to spend time with your loved ones — without actually having to speak to them. If you’re in the market for a present along those lines, may we suggest tickets to a holiday week matinee on Broadway?

For most of the year, matinee options are generally limited to Wednesdays and weekends. But with Christmas falling on a Tuesday and many shows taking that night off, they’re making it up with afternoon performances peppered throughout the rest of the week. A few (“The Waverly Gallery,” “The Lion King,” “Aladdin”) land on Christmas Eve, and loads of others, including “The Prom,” “The New One,” “The Cher Show” and “The Band’s Visit,” arrive later in the week. Playbill has a comprehensive list.

Be prepared, of course, for the usual holiday throngs in Manhattan, and plan your travel accordingly. But here’s one sweet advantage to a matinee over an evening show: The timing is right for a leisurely lunch beforehand and dinner at a normal hour that night. LAURA COLLINS-HUGHES

Containing hundreds of buoyant pieces, the Cancionero Musical de Palacio manuscript is one of the largest sources of music from 15th-century Spain, including polyphonic villancicos, romances and canciones.

At the Metropolitan Museum of Art's Cloisters, the collection will form the basis of a Christmas-themed celebration of Renaissance Spanish music, presented by MetLiveArts and performed by the ensemble Sonnambula and the lutenist and guitarist Esteban La Rotta.

At the Cathedral Church of St. John the Divine, other unusual historically minded holiday repertoire will resound: The intrepid group Early Music New York, led by Frederick Renz, will present music from 18th-century England and the New England colonies, including classic shape-note hymns that represent the early stirrings of American music. WILLIAM ROBIN

Vija Celmins’s stripped-down aesthetic has passed through a number of distinct phases in her long artistic career. “Vija Celmins: To Fix the Image in Memory” at the San Francisco Museum of Modern Art has examples of most of them: A moody 1964 painting of a space heater glowing orange, giant pencils and erasers made of painted wood, exacting drawings of crumpled photographs of pistols or mushroom clouds.

What the Latvian-born octogenarian is most famous for, though, is her graphite renderings of star-dappled skies and dark ocean waves. The technical command necessary to capture the nebulous depth and shadow of water, or the shifting scope of empty space, is impressive enough. What makes the drawings worth revisiting is that Celmins also, somehow, summons the mysterious serenity you feel watching real tides or the Milky Way. WILL HEINRICH

If you’re dreaming not merely of a white Christmas but an alternate universe, check out the latest installment of “Modus” on Walter Presents. Season 1 of this Swedish thriller — starring Melinda Kinnaman as the psychological profiler Inger Johanne Vik, hunting down a possible serial killer after her autistic daughter witnesses a murder — was the streaming service’s most-watched series in 2018.

Season 2 finds a very pregnant Vik living with her partner, Detective Ingvar Nyman (Henrik Norlen), when the first female American president, Helen Tyler (Kim Cattrall), arrives in Stockholm for a state visit — a none-too-subtle reminder of what might have been — and promptly vanishes. In her entourage is the F.B.I. agent Warren Schifford (Greg Wise), who was charged with raping Vik when she worked with him in the United States four years earlier.

It’s rare to find a ballet movie or TV show that doesn’t rehash clichés and features professional dancers as lead actors. So the mockumentary “Off Kilter,” produced by CBC Arts in Canada, came as a refreshing surprise when it was released this past summer.

In eight short episodes, the web series follows Milton Frank (Alejandro Álvarez Cadilla, also the show’s writer and creator), a fictional choreographer haunted by a plagiarism scandal that derailed his career in his 20s. Making his first ballet in 25 years, he is a mess, held together by his ambitious publicist and four dancers, played by members of the National Ballet of Canada and the Royal Winnipeg Ballet.

With a light touch and sometimes absurdist humor, the show raises issues often absent from popular portrayals of ballet like ageism, injury and the gender pay gap. The week of Christmas, when there’s little live dance to see, is the perfect time to catch up. Viewers outside of Canada can tune in on YouTube. SIOBHAN BURKE