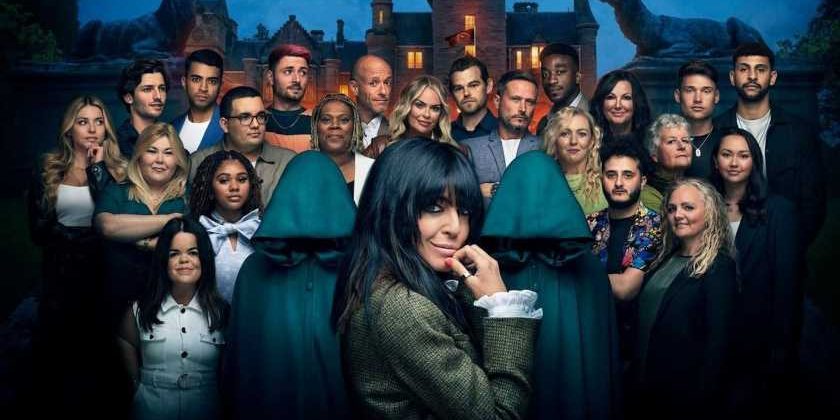 The Traitors refreshingly showed strong women, of all ages, ethnicities and backgrounds, as the powerhouses they are.

Ahhh, The Traitors. A game-show like no other. It swooped in, under-advertised and underestimated, at the tail-end of 2022 to save British TV. Under the iconic fringed-eye of Claudia Winkleman, the game-show-with-an-edge grasped the nation.

The premise? Twenty-two strangers come together at a Scottish castle and are given the chance to win up to £120,000. The reality game is about trust and treachery, with the players divided, in secrecy, into faithfuls and traitors. The goal is for the faithfuls to uncover the traitors and divide the money between themselves, without being ‘murdered’ by the traitors or wrongfully banished by their own. The aim for the traitors is to convince everyone they’re a faithful and make it to the final, where they can steal the entire prize fund. After 12 heartstopping and heartwarming episodes, it’s become an unlikely sensation, with group chats across the country waiting for a second season.

But it’s not just the show that was underestimated, the women of The Traitors were too. By their fellow contestants, by the public and sometimes, by themselves.

Alyssa, 21, was the first traitor to be eliminated, going undetected until her fellow traitor, Wilfred, turned on her in a shocking twist. She was self-aware about how and why she’d be overlooked, and she was determined to use it to her advantage and prove people wrong. “I’m five foot, half Chinese and half Irish; I’m Chirish! I look quite young and kind of innocent looking; I give off a very naïve vibe, I think. Growing up, a lot of people saw this and they underestimated me,” she said. “I felt like all my life I’ve been trying to deter misjudgments and be the loudest, boldest and smartest in the room.”

Then there was Alex Gray, typecast as the pretty but nonthreatening blonde until it was revealed that she was in a relationship with fellow contestant Tom. After this secret came out, her actions were lumped together with his, and she was continually overlooked as a core player – despite smashing the challenges and catching on to Alyssa as a traitor before anyone else. In her final episode, we saw how much of a savvy, strong leader she could have been when she turned down the offer to switch teams and become a traitor.

The women over 50 were also subject to subtle ageism: Amanda (54, from Wales) played a spectacular game as a traitor, day after day being ignored as a potential suspect. Amanda was all too aware of this and used it to her advantage time and time again, knowing that most people would discount her for being a grandma and mother of five. She set out to be “a good ambassador for 50-plus-year-old women” in reality TV. She certainly achieved that goal and more.

Speaking with Stylist, Amanda told us that she definitely went under the radar and was overlooked. “I think society as a whole thinks that by the time we become middle-aged we have created the home we want, raised our families, achieved where we want to be in our career and that we are quite happy to settle.What they underestimate, and I hope I speak for the majority, is that because of these exact reasons it is our time to shine, to pursue our interests. We have made our nests and it’s time for us to fly with confidence.”

She added that her life is totally different to her role in The Traitors, which is why she loved playing it. “Sometimes women are viewed as being comfortable and settled, but women are strong leaders too. We as a nation have seen some iconic women such as Her Majesty The Queen, Dame Shirley Bassey and Dame Kelly Holmes. Women are empowering their gender every day, and more of society just needs to realise this.”

Andrea, 72, brought her breadth of experience and lessons from a colourful life to the game, working hard in the challenges and making tight friendships – despite being a key figure in the dynamic, she was never suspected as a traitor on the roundtable: “I thought it was best to see everybody else first. I’m probably the oldest; I could be a little old granny or I could be less granny-like and more assertive. I don’t really know yet,” she said before the game began.

Maddy, an actor and care home worker, caused waves in the series when she accused Wilf, consistently, of being a traitor. Her fellow players didn’t believe her and she was voted off before her suspicions were proved right. She told Stylist that her accent and humour played a part in why she was overlooked: “My accent was a definite factor, and the fact that I use humour a lot. I laugh things off and make jokes and sometimes people don’t take me seriously as a result. There is a possibility that the fact I’m a woman is also a factor – but my accent I would say is more of an issue. People think the Essex/south London accent is a more stupid accent – that’s why a lot of people who are political and are higher up in the world are considered more intelligent – if they don’t have an accent.

“This is something I’ve experienced in my own life. When I went to drama school, I was considered a lot more ‘common’ because of the way I spoke, and I was even told I needed to learn a new language to pronounce things. What they meant is that I needed to retrain myself and the way that my mouth moved to have a more neutral accent. To be considered for a role in a Shakespeare play you have to put on a posher accent to even be cast.”

Maddy felt like sticking to her guns was the only option, saying “My mum played me Oprah videos when I was growing up and always taught me to do the right thing – and that is what I did on the show. I’m quite gutsy; I was not going to let anyone sway me; I was determined and I trusted my instincts. That’s who I am out of The Traitors.”

Comedian Hannah’s trusting disposition and warmth meant Wilf thought he could keep her on his side. But it was Hannah who came out on top, in the end – her strong nature stopped him from winning, once she realised he’d been pulling wool over her eyes.

Hannah agreed that the show was empowering, not just to watch, but to be a part of:

“There were female traitors and female faithfuls. In each role women’s strengths were imperative to good game play. Amanda and Alyssa were amazing examples of this and I loved that.  It made me very proud to be a woman and very proud of my fellow female cast members. It showed strengths in both men and women whilst also displaying men expressing emotions which is hugely important in todays society.”

Adding that her experience on The Traitors was a refreshing one: “Particularly in comparison with how women are sometimes treated in comedy. On the show I felt that in a lot of ways women were portrayed as strong and resilient, and my experience when filming was that of the same. Unfortunately this is not always the case in every day life especially in the industry that I work in. As a comic I love how a lot of the women were portrayed as the funny ones. Just look at Maddy’s one liners!”

Outside of the contestants, our gracious host, Claudia Winkleman, has only recently been getting her flowers. As a staple in British television, hosting Strictly Come Dancing since 2010, you’d expect to hear her name on a par with the likes of Alan Carr or Graham Norton –yet it’s taken until this year and The Traitors for reports of her finally getting her own chat show to surface. Claudia made The Traitors. She hosted it with a sensitivity and humour that kept us all enraptured – it’s refreshing to finally see her not sharing the spotlight with a co-host and having a show she can call her own.

The Traitors left me feeling empowered, night after night. The female contestants were all powerful, strong, intelligent and savvy in their own unique ways, using their differences – often seen as weaknesses by society – to their advantage. Alyssa used her age and assumed naïvety; Andrea used her warmth and maturity; Hannah used her extroverted personality; and Meryl used her enthusiasm for life. The Traitors was a lesson in why you should never underestimate women, especially in a game of resilience.

The Traitors is available on BBC iPlayer.