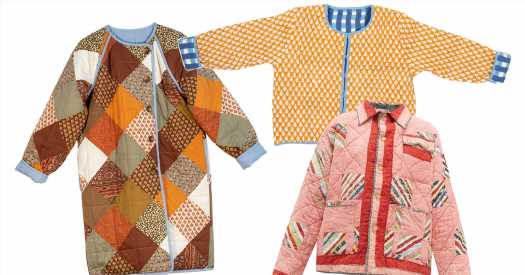 Welcome to the T List, a newsletter from the editors of T Magazine. Each week, we’re sharing five things we are eating, wearing, listening to or coveting now. We hope you’ll join us for the ride. (Sign up here, if you haven’t already, and you can reach us at [email protected].)

The Rare Teas in the Running to Replace My Coffee 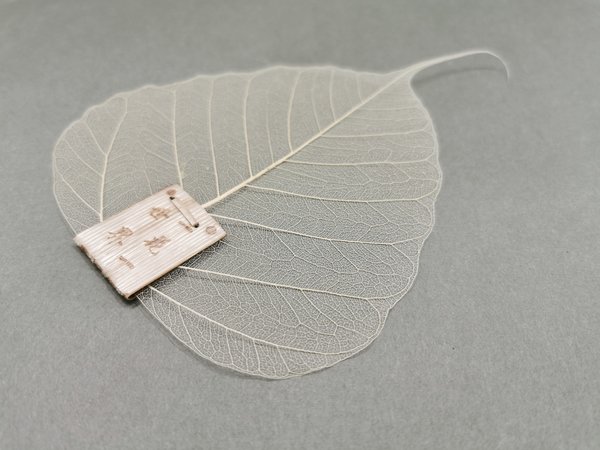 Recently, one of my nightmares came true: While staying at a friend’s place upstate, I woke up early and discovered there was no coffee at his house, nor within a 30-minute drive. I had no choice but to try a less caffeinated option from his cupboard, the Golden Buddha Black Tea from Qi Fine Teas. Qi was founded in June 2018 by the Portland, Ore.-based couple James Nozel and Ivy Xu, who have traveled extensively through China in search of quality tea leaves harvested by small family farms. After ultimately sampling a variety of flavors that weekend, my favorite was the Guizhou Maojian Wild Green Tea, which is made from trees that are 90 to 100 years old and has a rich, nutty taste but smells like pine needles. Qi also sells a range of beautiful handmade ceramics made by artists in Jingdezhen, the porcelain capital of China, like bamboo serving boards and tools — and this unique strainer made from a mulberry leaf. Truth be told, I’m still drinking coffee most mornings, but I’m planning to ease into tea in the colder months — especially once my package of Honeysuckle Phoenix Mountain Oolong Tea, which was picked on the final harvest day of the winter season last year, arrives. qifineteas.com.

A Broadway Play About Readers and Writers

Long after “Weeds,” the mid-aughts television show about pot and the suburbs, had fully lost its way, I kept tuning in to watch Mary-Louise Parker. (Has anyone ever sipped an iced latte with such feeling?) Now that I live in New York, I have the chance to see her onstage every few years, most recently in Adam Rapp’s masterful new play, “The Sound Inside,” which opens on Broadway this week. Parker is cast as a creative-writing professor who seems to have given up on the possibility of anything happening in her life, but then she befriends an unusual student (Will Hochman) and receives a daunting medical diagnosis. Rapp’s play, which, as the professor says at one point of the student’s novella-in-progress, keeps “a nice amount of dread simmering,” deals in good stories and the people who love them — both characters are fascinated by Dostoyevsky and think Faulkner’s “The Wild Palms” is underrated. As things progress, the line between their realities and their writing blurs in a way that’s sure to inspire close reading, though Parker’s talent is as obvious as ever. For tickets, soundinsidebroadway.com. And read “The Sand and the Snow,” a play that Rapp wrote exclusively for T, here.

Fall Outerwear as Toasty as a Blanket

Quilting may be a centuries-old craft (and one well-loved at T), but it hasn’t lost its charm, or purpose, over the years. This season, a handful of designers debuted cozy, quilt-like jackets that are perfect — and colorful — layering pieces. Isabel Marant’s take is dramatically shaped, with an asymmetrical wrapped collar reminiscent of a fencing jacket, while a version by Alix Verley-Pietrafesa of Alix of Bohemia features puckered shoulders and orange piping; Emily Adams Bode’s one-of-a-kind coats are made from antique textiles, while Margaret and Katherine Kleveland of Dôen patched together their own prints for their perfect knee-length fall coat. For those in search of a more comfortable price tag, check out the geometric-patterned jackets from the London- and Jaipur, India-based SZ Blockprints (they’re reversible!), or search “printed quilt jacket” on Etsy to find a vintage option that comes with its own unique story.

The Chicest Folding Chair (and More), Designed by Two Architects

George Yabu and Glenn Pushelberg, who run the international architecture and design firm Yabu Pushelberg, are accustomed to creating luxurious environments for their clients (recent projects have included the Fulton, Jean-Georges Vongerichten’s seafood restaurant in Manhattan’s South Street Seaport, and the redesign of Barneys New York on Madison Avenue). But about a year ago, while dining alfresco at their shared home in Amagansett, N.Y., they realized that they were in need of a good folding chair. Thus began the idea for Departo, Yabu and Pushelberg’s new line of direct-to-consumer textiles, ceramics and furniture pieces, designed alongside Yuichiro Hori of the furniture brand Stellar Works. There are neutral-hued napkins, stoneware bowls and, of course, a wood-and-steel folding chair — all at a reasonable price point. As Pushelberg told me, “It was our goal to make high-level, beautiful design accessible through well-made everyday objects that enhance the motions of everyday life.” Tableware, $8 to $28; furniture, $95 to $495, departo.co.

A Photographer Who Has Captured Nature, Science — and the Queen

If I could magically beam myself anywhere this month for just an afternoon, it would be to the Guggenheim Bilbao to see the revelatory survey of the contemporary German photographer Thomas Struth’s work, including early pictures that haven’t been previously exhibited. Struth is famous for his images of museum rooms thronged with rumpled, preoccupied, rapt tourists, yet I’ve always been especially drawn to his portraits; his subjects (mostly families he knows personally, but also Queen Elizabeth and Prince Philip) stare straight into the camera with unsettling equanimity. It’s always hard to explain why one loves the art one does, but for me, the power of Struth’s pictures lies in the tension between their formal elegance — the composition’s perfect framing is always pre-eminent — and the tenderness with which he approaches his surroundings, which is apparent even in his images of an empty street, a robotics lab, a surgical theater or an amusement park. Looking at them, one becomes very aware of the strangeness of the human project, and its — our — fragility. “Thomas Struth” is on view through Jan. 19, 2020, 2 Avenida Abandoibarra, Bilbao, guggenheim-bilbao.eus.