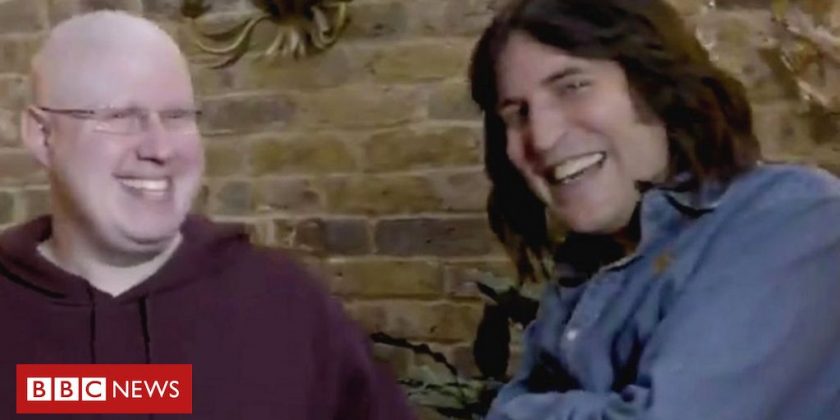 New Great British Bake-Off presenter Matt Lucas says he got the job after appearing in one of Noel Fielding’s dreams.

The Little Britain star is to replace Sandi Toksvig as Fielding’s co-host for the 11th series of the cooking show.

Speaking to Capital Radio on Friday, Lucas said it was a “strange” set of events that led to his appointment.

“They were looking for a new host, and Noel had a dream that I was the co-host,” he told presenter Roman Kemp.

“And instead of saying to the producers, ‘I dreamt Matt Lucas was the co-host’, he just said, ‘Matt Lucas would be a good co-host I think’ and then I got an audition.

“I got a call on a Friday, I had the audition on the Tuesday and it was announced on the Thursday.”

They had been due to start filming the programme this spring but Lucas confirmed that production has been delayed due to Covid-19.

However, he said, “it’s fine” as the lockdown period “gives all of our bakers more time to practice and it means I’ll have an even bigger appetite for all those cakes”.

He also suggested Little Britain could return in full, after a one-off radio special in October – saying that he and fellow star David Walliams “message each other pretty much every day”.

“We would like to do something again with Little Britain,” he told Capital Radio’s Roman Kemp. “We’re both busy boys, for us it’s about just finding the time [but] yeah, we want to do something.

“We just don’t know 100% what it would be, whether it would be a TV show again or would it be a stage show, I don’t know. But yeah we would like to do some more Little Britain definitely.”

Lucas has had enough on his plate of late anyway, and today released the official music video for his new song, Thank You Baked Potato.

The novelty track, which is aiming to raise money for NHS workers, offers advice on how to “have a better day” during the coronavirus crisis.

Speaking to another radio breakfast show host on Friday, Radio 2’s Dermot O’Leary, Lucas said he initially wrote the song for the TV show Shooting Stars, but he gave it a re-write after the virus began to take hold in the UK, as he was “feeling a bit anxious as someone at home with asthma”.

He did not expect people to devour it in the manner they have.

“I wrote the lyrics to this baked potato song just in an idle moment thinking ‘well I’ll just put it on Twitter, I don’t think anything will happen with that.’ And I was a bit wrong!” he laughed.