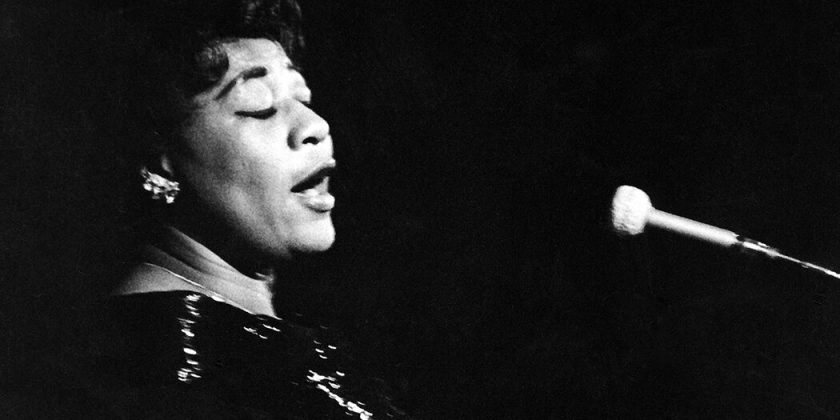 Ella Fitzgerald hardly ever crooned the blues, and her vocals rarely overflowed with pathos or fury. Listening to her nail a ballad, you may not feel invited to leap into her own world and feel her pain, like you would with Billie Holiday or Little Jimmy Scott.

You could say that Fitzgerald was to singing what Yo-Yo Ma is to the cello: utter perfection, personified. Fitzgerald thinks of the note, she hits the note. She learns the song, she becomes the song. Still, there’s a sacred exchange going on. Rather than beckoning you in, Fitzgerald is bringing the music to you. And the effect is undeniable — you’re disarmed.

It makes sense, then, that Fitzgerald’s live recordings have always had a special power that her studio outings could only imply. As her biographer Stuart Nicholson put it, the best ones “reveal the real Ella, bringing pleasure to others by bringing pleasure to herself.”

Of those live albums, few made a longer-lasting impression than “Mack the Knife: Ella in Berlin,” from 1960, widely considered one of her greatest captures. And this week, the pleasure grows: On Friday the Verve Label Group will release “Ella: The Lost Berlin Tapes,” documenting a concert that she gave there two years after her famed first appearance. Taken together with “Ella Fitzgerald: Just One of Those Things,” an informative documentary released on digital platforms earlier this month, it’s a worthy invitation to engage anew with a singer whose constant improvisations — equal parts precision and profusion — are all too easy to take for granted.

On the album, Fitzgerald is in her mid-40s, and well established as popular music royalty. Hear the breadth and depth of her vibrato, the way she uses strong breath to give rhythmic passages a punch, how she reinvents the melody to Ray Charles’s “Hallelujah! I Love Her So” as if her voice were a saxophone with words.

The Grammy-winning vocalist Cécile McLorin Salvant, 31, said that as a student she saw Fitzgerald’s famed studio albums devoted to the Great American Songbook as an exemplar of flawless jazz singing. “Initially she was this model of perfection, and sort of the blueprint when learning a standard,” Ms. Salvant said in a phone interview.

“My appreciation for her is shifting now, in that I see how fun she is, how much of a risk-taker she is, how much humor she brings to her performances,” added Ms. Salvant, who created the animations for a music video that accompanies “Taking a Chance on Love” from the new album. “For me, a live setting is the best way to hear her.”

On the original “Ella in Berlin,” from 1960, Fitzgerald is heard hurtling confidently into “Mack the Knife,” a Weimar-era tune from “The Threepenny Opera” that had recently become a smash for Louis Armstrong and Bobby Darin. By the middle of the second chorus, she’s realized how little of the song she remembers.

But it’s her first performance in Berlin, and the 12,000-person audience at the enormous Deutschlandhalle is feasting from her hand. She carries along undaunted, ad-libbing in rhythm, flipping a flub into a bravura turn.

“Oh, Bobby Darin and Louis Armstrong/They made a record — oh but they did,” she improvises, loosely holding onto the song’s buoyant melody as her quartet swings unperturbed. “And now Ella, Ella and her fellas/We’re making a rec — what a wreck — of ‘Mack the Knife’!”

What kind of “perfection” was this — a document of a mixed-up performance, with the song falling down all around her? Well, something worked: Norman Granz, Fitzgerald’s manager and Verve’s founder, recorded the concert and released it as an album, and sensing the magic of that lemonade moment, he made “Mack” the title track. The LP became a sensation, and earned two trophies at the third annual Grammys that year.

The drummer and record producer Gregg Field, who was in Fitzgerald’s band during the later years of her career, said in an interview that for his boss no piece of material or song form took precedence over the energy she received from a crowd.

“She sang them differently every night,” Mr. Field said of her songs, explaining that when she performed with a combo she was liable to switch up the set list depending on the energy in the room. “By the third or fourth song she could read the audience really well,” he added.

Granz, a powerful impresario who sought to bring jazz into the realm of American high society, wisely captured as many of Fitzgerald’s concerts as possible — aware that lightning struck often when she was onstage. He had started Verve in the mid-1950s primarily as a vessel for recording her, and by the time of the concert in Berlin it was one of the jazz industry’s premier institutions.

Early this year, Mr. Field and Ken Druker, a vice president at Verve — which survives today under the auspices of Universal Music Group — were digging through a rediscovered trove of live recordings that Granz had stashed away decades ago. They came across an apparently untouched reel-to-reel, with yellowed Scotch tape still holding the box shut, featuring a concert Fitzgerald had given in Berlin two years after that first famous outing.

Upon inspection, they found that recordings had been made in both mono and stereo — a rare stroke of luck. They listened, and the quality was excellent. Using a new engineering software that allowed him to more precisely isolate the instruments and Fitzgerald’s voice, Mr. Field filled out the low end of the recording and brought her singing to the front. 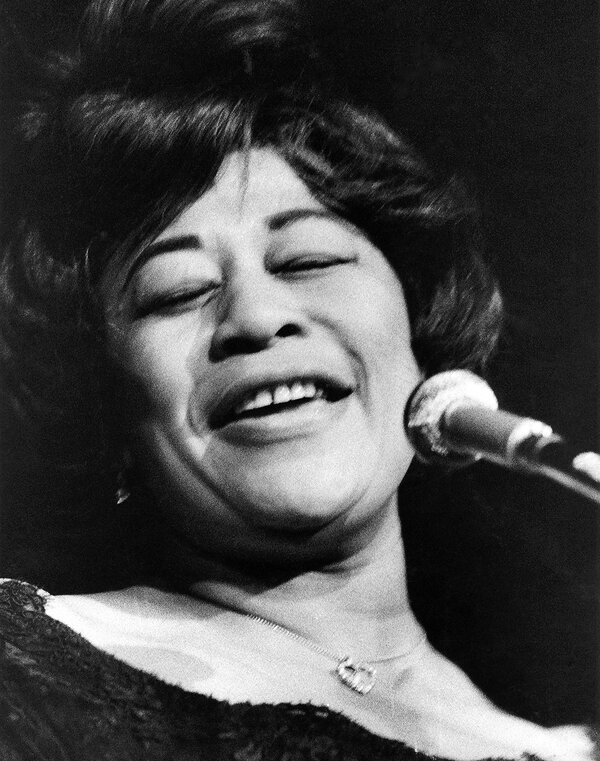 The 1962 recording completes a trifecta of stellar Berlin performances, given over the course of three years and each released roughly 30 years apart. In 1990, Verve put out an archival recording of Fitzgerald playing Berlin in ’61, under the name “Ella Returns to Berlin.” That was a fine album, but the newest recording has a number of advantages.

Fitzgerald is united here with the pianist Paul Smith, one of her favorite accompanists, who hadn’t been on the 1961 tour. And on the obligatory version of “Mack,” there’s another moment of imperfect perfection that’s almost too good to be true. On the song’s coda, bantering with the crowd, she forgets the name of the city she’s in — sincerely, it seems. Erupting in supportive applause, the crowd hardly has time to be offended.

Her ease with audiences contrasted with her relatively solitary life offstage. It’s part of the reason she preferred to live her life on the road; from the start of her career in 1930s Harlem until she retired in the early 1990s, she typically performed hundreds of shows a year, and rarely stayed at home for more than a week at a time.

Fitzgerald was born in Newport News, Va., in 1917, and moved as a small child to Yonkers, just north of New York City. After losing both parents before she was a teenager, she bounced around Harlem, sometimes working for numbers-runners and serving as a lookout at a brothel. She was sent away for a stint at a reformatory, where she suffered abuse that she would later decline to speak of publicly.

At 17, basically homeless, she auditioned for Amateur Night at the Apollo Theater. She had planned to try out as a dancer, but grew intimidated when a far better-appointed dance duo stepped forward before she did. Instead, she sang two songs, emulating the style of the popular jazz troupe the Boswell Sisters. Her preternatural talent and gregariousness neutralized the judgments of the crowd, which had been skeptical of the shabbily dressed youngster who couldn’t seem to figure out what art form was hers. She won the contest, and soon she was the toast of Harlem as the lead singer with the Chick Webb Orchestra.

With that group, she sang hard-driving ditties and romantic numbers for dancers and radio listeners, in the era when jazz was pop music. By the end of her 79 years she had helped to enshrine the Great American Songbook as a pillar of American culture, playing to heavily white and seated audiences but bringing them to their feet around the globe. Throughout, she remained always in service to the song. And yet the song was only the space between the singer and her crowd.