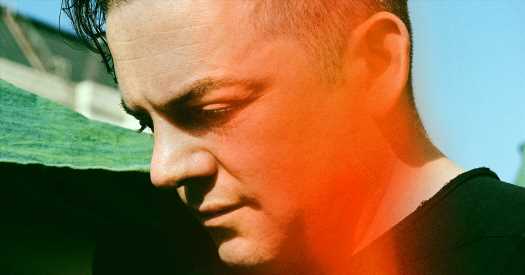 Esa-Pekka Salonen didn’t expect to make his entrance at the San Francisco Symphony with a virtual premiere.

But it’s fitting. Mr. Salonen, a conductor and composer who has branded himself an industry innovator — an eager adopter of apps and virtual reality — is taking the helm of the orchestra of the world’s tech capital. And the first thing it will play under his leadership as music director, Nico Muhly’s “Throughline,” is a bellwether in the emerging genre of works created for the constraints, and possibilities, of music-making in our moment.

Orchestra performances, in the traditional sense, are rare these days. The coronavirus pandemic forced the closure of concert halls across the United States in March; few are open now, and none are operating at anything approaching capacity. The industry has been ravaged, but scattered alternatives are taking shape: small groups outdoors, and instrumentalists playing in empty or near-empty auditoriums for live or recorded streaming online.

This shift, from a season of subscription concerts to online programming, is why Mr. Salonen resisted even calling the San Francisco Symphony an orchestra during a recent interview.

“No matter how we spin it, we are not an orchestra,” he said. “We are a media house.” 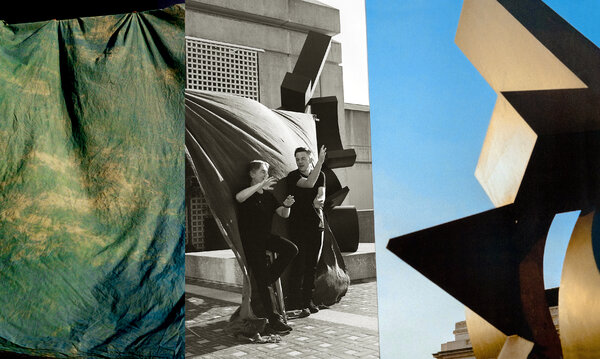 While recordings are nothing new, the vast majority of classical repertoire was not meant to be heard that way — or how it has been presented during the pandemic, inevitably with less visceral impact on a smartphone screen. With that in mind, the San Francisco Symphony commissioned Mr. Muhly to compose something specifically for a virtual medium. The result is “Throughline,” which has taken thousands of hours and endless patience to pull off and premieres Nov. 14 on the orchestra’s website and Bay Area public television.

The project is also an introduction to the eight collaborative partners Mr. Salonen announced when he was named to his new position in 2018, a group whose mission has been kept intentionally vague. “It’s an experiment,” he said. “I’m surrounding myself, at least mentally, with a bunch of talented and creative people.”

They are artists who are collaboration-prone and multi-hyphenate: Claire Chase, the flutist and International Contemporary Ensemble founder; Bryce Dessner, the National guitarist and composer; Carol Reiley, the computer scientist and roboticist; Esperanza Spalding, the jazz musician and opera composer-in-the-making; the violinist Pekka Kuusisto; the soprano Julia Bullock; Nicholas Britell, the composer of “Moonlight” and “Succession”; and Mr. Muhly.

Mr. Muhly wrote “Throughline” as a showcase for the partners, all of whom get solos. (So does Mr. Salonen.) The piece therefore comes out sounding like a set of miniature concertos. With so many specific voices to accommodate, it’s also transparently a pièce d’occasion. But a substantial one: It runs about 19 minutes, with a dense score of pandemic-defying scale.

“It’s a piece of big-girl music that has big-girl stuff in it,” Mr. Muhly, characteristically puckish, said in an interview near his home in Manhattan. “I just wanted to write something meaty, and toothsome.”

“Throughline” has been afforded far more attention than a typical orchestra premiere, with preparation over months instead of the usual few days. This reflects a new pace for the classical music industry: Mr. Muhly, who used to fly about twice a week, didn’t get on a plane between March and September, when he traveled to San Francisco for recording sessions.

“There was this constant sense of flurry, and now there isn’t,” he said. The adjustment wasn’t easy for him: “I protested for a minute, listening to basically nothing and going to bed at 8. I was like, if I can’t go to a concert I’m going to bed.” Especially frustrating was the summer, when live performance began to return in Europe while remaining almost entirely absent from the United States.

He has resisted watching livestreams. “For some reason, I can’t do it,” he said. “The idea of it gives me, like, 18 different kinds of anxiety.” So he has saved them for later — even his friend Nadia Sirota’s live video podcast “Living Music,” which he appeared on twice.

His anxiety isn’t irrational: Livestreams can be glitchy. By comparison, “Throughline” has been micromanaged. Members of the San Francisco Symphony, who play throughout, were filmed in lengthy sessions at Davies Hall, conducted by Mr. Muhly. The soloists were recorded remotely, though with the same high production values as the orchestra. (No iPhone cameras here.) The footage and audio were then edited together, with the appearance of a collage befitting the episodic score.

Having experience in film soundtracks, with more than a dozen credits to Mr. Muhly’s name, helped him use a click track to conduct — “if you can call it conducting,” he said.

“You’re controlling the performances with the knowledge that they’ll be layered,” he added. “There’s a premium on timing, and tuning a chord from within. It’s also about making sure that when people play on click, it doesn’t sound like they’re on click, which is a tricky thing. So what I’m doing is a very stylized form of traffic control.”

Producing the piece from discrete sessions allowed Mr. Muhly to orchestrate “Throughline” in a way that wouldn’t work in live performance. Instruments that don’t blend easily in a concert hall, like brasses against strings, can be given parity on a mixing board.

“It’s a big leap of faith for everybody to play in a situation where you’re not hearing what your colleagues are playing in totality,” Mr. Muhly said. Even bigger, perhaps, for Mark Almond, who joins the orchestra this season as its new associate principal horn.

“My first day at work was playing alone,” said Mr. Almond, who as it happens is also a virologist researching the pandemic at the University of California, San Francisco. He relished the opportunity to receive individualized feedback from Mr. Muhly; a composer usually gives notes to the entire orchestra during rehearsals.

During Ms. Chase’s session, at the Kitchen in New York, she said that she wished she knew what came directly before and after her bass flute solo. But she was laid back about it. So was Mr. Britell, who in a recording studio broke up takes of his piano part with interludes from “Rhapsody in Blue” and his addictive “Succession” theme. That helped pass the time as they both repeated their short passages for different camera angles.

Ms. Bullock’s session, in Germany, took more than six hours. After some technical problems delayed the start time, she was told, “I think we are ready for a recording,” to which she replied, “I am not, but I’m glad everyone else is.” She was occasionally exasperated, and the notes weren’t sitting comfortably in her voice. But her self-doubt and meticulousness gave way to a thing of beauty, and her song is the high point of “Throughline.”

It comes late in the piece, which begins with a spark and a solo by Mr. Kuusisto. Throughout the film, the mechanics of music-making are on display. The sound of an instrument is accompanied by a close-up of the person playing it; there is no effort to hide headsets and microphones; masks are a constant reminder of the environment in which it was created.

Another reminder, of the reason in-person concerts are still a distant dream, is a section that follows a lyrical quotation of a Bach chorale, in which chattering winds produce aerosols captured on camera.

What follows is a series of solos from more of the collaborative partners: Mr. Britell’s serene, at times shimmering chords; Mr. Dessner’s electric guitar; Ms. Reiley’s interlude, composed in part by artificial intelligence; Ms. Spalding’s joyous vocalise and plucked bass for a section for which Mr. Muhly said he “really let her lead the dance.” (She wrote the music, which he then responded to with light accompaniment.)

Beyond conducting, Mr. Muhly makes a cameo as a pianist in another Bach snippet that lays a hymn’s melody over a violin solo of hazy drones. That leads directly into Ms. Chase’s section, whose tranquillity gives way to eerie ambiguity. The final collaborative partner to appear is Ms. Bullock, accompanied by a sheen of strings.

Those string players remain, and are joined by the rest of the orchestra in the final movement: a sound bath drawn from a prolonged chord progression that, on the video, shifts from footage of performers to swooping shots of nature. Mr. Salonen is shown walking through a forest at home in Finland.

It’s a self-serious departure that corresponds instruments to objects in nature. Mr. Salonen places his hand on a mossy stone; with the touch of a sorcerer, he sounds a harp halfway across the world. This goes on — with wild berries, with tree trunks.

The point seems to be something about connectedness at a moment of separation. A more resonant takeaway from “Throughline,” though, is what it presages for the year ahead. It’s become a cliché to say that the “old normal” is never coming back. But why should it if the classical industry begins to embrace works like this: products of longer hours and larger budgets, but also of broader possibility and farther reach?

“It would be crazy to come out of this and go straight back without having learned anything,” Mr. Salonen said. “What we learn in this process is going to stay with us.”