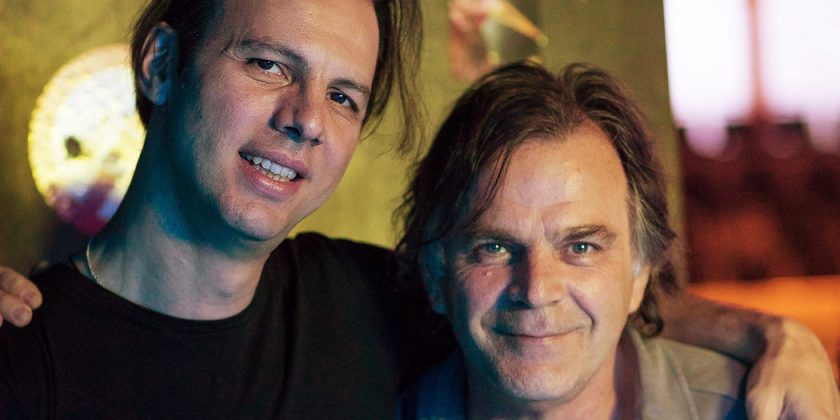 “Mythology means going to the root of everything and questioning what it means in our time,” the festival’s artistic director, Markus Hinterhäuser, said in a telephone interview about this edition of the festival, which will be his third at the helm. “Great mythological tales are always like a mirror — in every generation, every period.”

The festival, which will run from July 20 through Aug. 31, is one of the most important on the classical music calendar, bringing top-flight singers, directors, musicians, conductors and orchestras — the house band is the Vienna Philharmonic — to the birthplace of Mozart.

With the “Idomeneo,” Mr. Hinterhäuser is reuniting Mr. Sellars once more with the daring conductor Teodor Currentzis and the tenor Russell Thomas. The three collaborated on the staging of Mozart’s “La Clemenza di Tito” he began his tenure with in 2017. The Offenbach will bring Mr. Kosky, the inventive artistic director of the Komische Oper in Berlin, to the festival. Enescu’s early 20th century work “Oedipe” is slowly being rediscovered. And the “Médée” will star Sonya Yoncheva in the title role.

Cecilia Bartoli will sing the title role in a production of Handel’s “Alcina” that will first be presented in the spring at the Salzburg Whitsun Festival, where she is the artistic director. The festival will also feature Verdi’s “Simon Boccanegra,” conducted by Valery Gergiev; a reprise of Strauss’s “Salome” conducted by Franz Welser-Möst and starring Asmik Grigorian, who scored a major success in the title role last summer; and concert versions of Cilea’s “Adriana Lecouvreur,” with Anna Netrebko in the title role (she will sing it at the Metropolitan Opera starting on New York Year’s Eve), and of Verdi’s “Luisa Miller,” starring Plácido Domingo.

The Vienna Philharmonic has a full dance card. Riccardo Muti will lead it in the Verdi Requiem; Daniel Barenboim in Mahler’s Kindertotenlieder and Symphony No. 5; Herbert Blomstedt in Mahler’s Symphony No. 9; Bernard Haitink in Bruckner’s Symphony No. 7; and Mr. Welser-Möst in Wagner, Strauss and Shostakovich. Visiting orchestras will include the Berlin Philharmonic, which will be led by its incoming chief conductor, Kirill Petrenko, and the Leipzig Gewandhaus Orchestra, led by its music director, Andris Nelsons.

The festival will contain two mini-festivals of modern and contemporary composers. One will highlight the music of the contemporary French composer Pascal Dusapin, including his operatic adaptation of Heiner Müller’s “Medeamaterial.” The other will feature the music of Enescu, the Romanian-born composer, violinist and pianist whose early-20th-century works are slowly being rediscovered by new generations.

And a starry lineup of soloists will make their way to Salzburg, including the pianists Evgeny Kissin, Igor Levit, Maurizio Pollini, Grigory Sokolov and Mitsuko Uchida. (Mr. Hinterhäuser, a pianist, will also play on a couple of programs, including William Kentridge’s well-traveled staging of Schubert’s “Winterreise” sung by Matthias Goerne.)