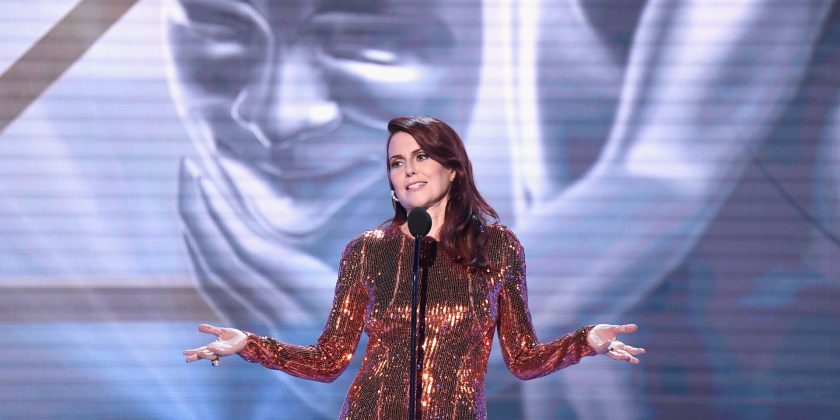 There were so many memorable moments during Sunday’s 25th Annual Screen Actors Guild Awards. Megan Mullally hosted the ceremony, which featured some truly incredible speeches, a Fatal Attraction cast reunion, a historic win for the cast of Black Panther and more. Following this unique show, which is the only awards show to exclusively honor actors for their outstanding work throughout the year, we’ve rounded up seven highlights that demonstrate why this night was so special.

1. Geoffrey Owens made a surprise appearance in the SAG Awards opening.

During the ceremony’s traditional “I Am An Actor” opening segment, four stars participated: Mullally, Mike Meyers, Yara Shahidi and Cosby alum Geoffrey Owens. Owens was shamed in 2018 for working at Trader Joe’s after fallout from Bill Cosby’s rape trial hit the other stars of his former sitcom. At the SAG Awards, Owens said, “Somewhere in the middle of the road of my life, I found myself in the dark wood of unemployment and debt. But instead of switching careers like a sane person, I took a job at a local Trader Joe’s to see if I could hang in there with my career. And, um, it’s actually worked out pretty well. I’m Geoffrey Owens and I am an actor.”

Mullally made jokes about several members of the audience, including Lady Gaga, claiming the A Star Is Born actor has done Mullally’s eyeliner “for the last 15 years.” She also called out Emma Stone, noting, “To SAG nominee, the beautiful Emma Stone, who just turned 30: our condolences.” Mullally joked, “You had a great run, I mean like, a really great run. Extra, extra good, but you know, we’re looking forward to your reverse-mortgage loan commercials. You’re going to be great! Chin up.” She gave Stone two thumbs up for effect.

3. Emily Blunt gave John Krasinski the sweetest thanks in her acceptance speech.

Emily Blunt was presented with the award for Female actor in a supporting role for her performance as Evelyn Abbott in A Quiet Place, in which she costarred with her husband, John Krasinski. Krasinski also wrote and directed the film, which has been nominated for a slew of awards this season. During her speech, Blunt spoke directly to her husband, noting that she’ll share her award with him. “The entire experience of doing this with you has completely pierced my heart directly,” she said. “You are a stunning filmmaker. I’m so lucky to be with you and to have done this film with you. Thank you for giving me the part! You would have been in major trouble if you hadn’t!”

Krasinski had tears in his eyes where he sat in the audience, as Blunt continued, “Thank you to the two little poems in our life, our daughters, Hazel and Violet, who will have to be at least 45 before they can see this film, but they’ll be proud of you nonetheless.”

Tom Hanks gave a moving introduction to Alan Alda on Sunday night. “A career is measured by different yard sticks,” he noted. “Quality being the first. There’s longevity, as well, but most important, I think perhaps, is how an actor’s choices reflect the time or the tenor of our troubled world and of our human natures. The actor we honor tonight for his life achievements is worthy then not just for his decades of work and praiseworthy credits, but for how he’s shown us all who we are and what we all can be.” Hanks went on to note Alda’s many accomplishments as a performer, including that he was the first person to ever win Emmy Awards for acting, writing and directing.

When Alda walked to the stage for his speech with the M*A*S*H theme song playing over the speakers, he received a standing ovation from the audience. “You know, it’s really hard to describe to you what it feels like to look out and see my fellow actors, my colleagues, my heroes, to welcome me up here like this. It’s an extraordinary feeling,” Alda began. “Tom, Tom, thank you so much. You killed it.” He went on to say that as he’s looked back at his life and thought about what it means to be an actor, he’s never been more proud to have a job where he gets inside a character’s head to help people see the world through someone else’s eyes.

“It may never be more urgent to see the world through another person’s eyes,” Alda said. “And when the culture is divided so sharply, actors can help, at least a little, by doing what we do. And the nice part is it’s fun to do it. My wish for all of us is: let’s stay playful, let’s have fun, let’s keep searching. It can’t solve everything, but it wouldn’t hurt.”

5. The stars of Fatal Attraction reunited.

32 years ago, Glenn Close played a jilted lover whose obsession with her fling, played by Michael Douglas, turned her into an obsessive, murderous stalker. On Sunday, Close and Douglas reunited to present a SAG Award, where they commented on the film. “In the 32 years since Fatal Attraction,” Douglas began, “and the 25 since these awards began, we’ve experienced many changes in our craft, in our industry, in the way we relate and in our world.” Close added, “The one constant that unites us is the joy of being captivated by a mesmerizing performance.”

On the red carpet before the show, Close also admitted she felt intimidated by Douglas when they first began filming.

6. The ensemble cast of This Is Us accepted their award together.

15 actors make up the core ensemble cast of This Is Us and many of them were in attendance on Sunday night, where they took the stage for the Ensemble in a drama series award. Mandy Moore took charge of their acceptance speech and made sure to thank the actors in the audience as well as the guest actors and background actors on This Is Us, plus showrunner Dan Fogelman and the rest of the crew. Justin Hartley then stepped in and added, “Thank you so much for embracing a show that is about life and its unpredictable loss and its sweet, sweet victories and inclusivity and all of that amazing stuff.” He joked, “Thank you to all of our parents up here for feeling randy, otherwise we wouldn’t be here, so thank you for that too.”

7. The cast of Black Panther celebrated a historic win.

Black Panther made history on Sunday by becoming the first-ever superhero film to win a SAG Award. Chadwick Boseman, who played the titular character, gave a moving speech about what it felt like to work on director Ryan Coogler’s groundbreaking film. “We knew we had something special that we wanted to give the world, that we could be full human beings in the roles that we were playing, that we could create a world that exemplified a world that we wanted to see,” he said. “We knew that we had something that we wanted to give and to come to work with every day and to solve problems with this group of people every day, with this director. That is something I wish all actors would get the opportunity to experience.” He added that the film also changed the industry because, “I know that you can’t have a Black Panther now without a ‘2’ on it.”