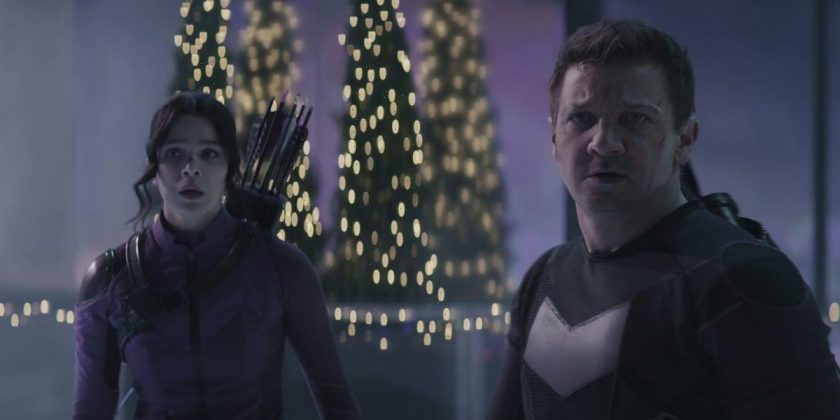 Who knew that a Rolex watch could give us one of the biggest surprises to come out of Hawkeye? The six-episode Disney+ series has mostly focused on the superhero origin story of Kate Bishop, the young hero who admires Clint Barton’s Hawkeye and who, eventually, takes up his mantle as he steps away from the superhero life. As it turns out, though, there’s been another potential superhero in front of us the whole time, and that Rolex watch is what finally gave us the reveal.

It’s all about that ending scene, where Clint “rescues” the watch from the Avengers compound rubble and brings it home to give to his wife, Laura. He teases her about “taking better care of her things,” making it clear the watch belonged to her before it got lost. So far, so good. But then Laura flips the watch over — the Rolex watch in question appears to be the Oyster Perpetual model — and we see a very familiar symbol on the back: the stylized eagle logo of S.H.I.E.L.D., with a number 19 engraved beneath it. The implication is that Laura somehow has ties to S.H.I.E.L.D. and the number 19, and Marvel comics fans will know exactly what that means.

In the comics, S.H.I.E.L.D.’s “Agent 19” is also a superhero named Mockingbird. That version of the character is Barbara “Bobbi” Morse, a S.H.I.E.L.D. agent turned superhero who frequently works with the Avengers and is married to Clint. Laura Barton does exist, too, but she’s just a minor character in one “reality” of the Marvel comics (not the “main” universe, though — it’s complicated) and has no personal associations with the superhero world outside of being married to Clint.

So is Laura Barton actually Mockingbird? That’s a complicated question for the moment. She does share some of the comic-book character’s traits, including her marriage to Clint and, apparently, her association with being S.H.I.E.L.D. Agent 19. Muddying the waters, however, is the fact that the MCU has already introduced Mockingbird as Bobbi Morse, a main character in earlier seasons of Marvel’s Agents of S.H.I.E.L.D. That character, who has the comic character’s name and training, had nothing to do with Hawkeye at all during her time on the show. Is “Mockingbird” or “Agent 19” just a title that gets passed down, like Clint passes his “Hawkeye” mantle to Kate? Hopefully we’ll get some answers soon, but in the meantime, it leaves a lot of interesting possibilities open!