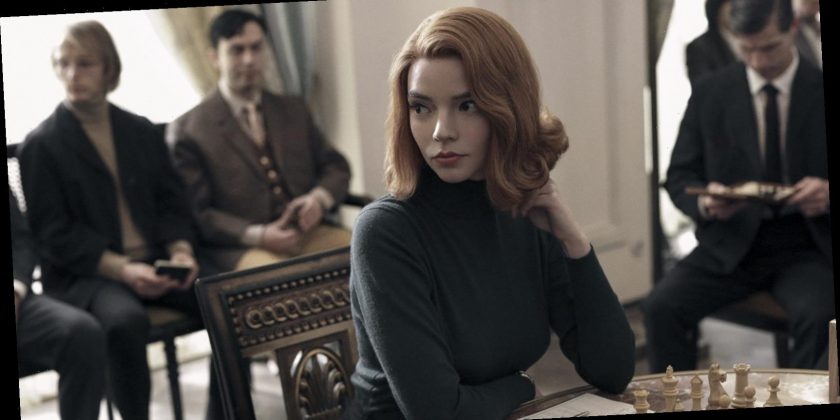 The Queen’s Gambit was one of Netflix’s biggest and most beloved series, and it’s now being adapted for the stage.

Last November, The Queen’s Gambit was the Netflix series that helped keep millions of people entertained during lockdown.

In fact, the series has clocked up well over 62 million household views since first airing, which makes it Netflix’s biggest scripted limited series to date.

Considering it took 30 years to get even into production, this is a remarkable achievement.

Based on the 1983 novel of the same name by Walter Tevis, The Queen’s Gambit is set in the 60s and follows the story of orphaned chess prodigy Beth Harmon, who overcomes all the obstacles in her life to become a champion.

Anya Taylor-Joy, who of course played Beth and is currently collecting award wins for her performance, recently spoke about why she thinks people connected with Beth’s story so strongly, saying: “Passion is just exciting. I think from the minute you see how passionate she is about chess, it kind of draws you into it in that way.”

Referring to the show’s beautiful costumes and intricately detailed sets, she also admitted that, yes, it’s also “very pretty to look at, so that never hurts”.

After its seven-episode run, and the story coming to a nice and tidy end, it’s clear that there won’t be a second season of the show.

But for fans who want a bit more of the surprisingly glamorous world of chess in their lives, it’s just been announced that The Queen’s Gambit is returning as a musical stage production.

The Queen’s Gambit is returning as a musical.

As confirmed by Variety, the stage rights to Tevis’ novel have been acquired by the entertainment company Level Forward – the producers behind the 2018 musical based on Alanis Morissette’s album Jagged Little Pill.

“It is a privilege for Level Forward to lead the charge of bringing The Queen’s Gambit to the stage through the beloved and enduring craft of musical theatre,” said Level Forward’s CEO, Adrienne Becker, and producer Julia Dunetz in a statement.

“Audiences are already sharing in the friendship and fortitude of the story’s inspiring women who energize and sustain Beth Harmon’s journey and ultimate triumph,” the statement added. “The story is a siren call amidst our contemporary struggles for gender and racial equity, and we’re looking forward to moving the project forward.”

While we don’t know exactly where or when the musical will hit the stage, it’s probable that it will kick off in New York just like the company’s previous productions. It’s also likely that by opening night, we’ll live in a world where fans will finally have the freedom to go to the theatre again.