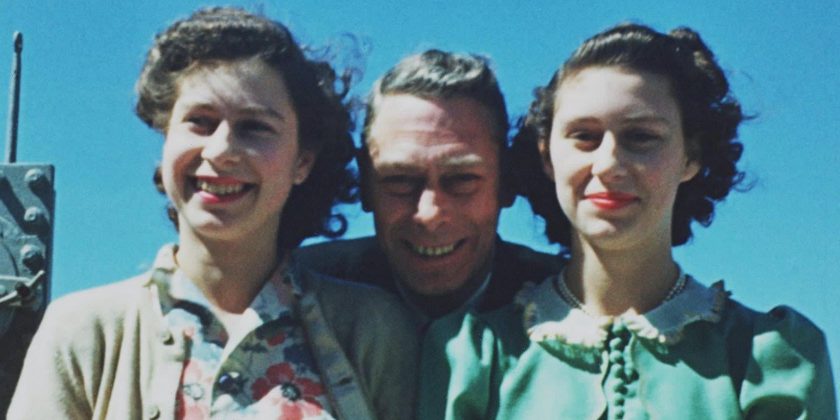 Every day, millions of people around the world take precious footage of their loved ones. Unless you’re an exceptionally organised person, though, the photos, videos and recordings that tell the stories of our lives are very often lost in the ether – because as you’ll know if you’ve ever tried to compile a digital archive, pressing ‘capture’ on our smartphone is a helluva lot easier than sifting through thousands of files.

The Queen is no exception to this problem, and after eight colourful decades in the spotlight, you might reasonably assume that some of her footage might be lost to the mists of time. Recently, however, the BBC made the remarkable discovery of some 400 reels of film and lost newsreel in the Queen’s personal film collection – and now, we’re about to see them.

Netflix: all the wild, scandalous and most disturbing documentaries streaming this month

Ahead of the Queen’s Platinum Jubilee celebrations in June, upcoming BBC documentary Elizabeth: The Unseen Queen will give viewers a rare glimpse into the personal life of the long-reigning monarch.

Unlike regular documentaries featuring interviews and narration though, this special 75-minute programme has the royal seal of approval from Her Majesty herself. That’s because the Queen has granted the BBC unparalleled access to reels of home recordings that have, until this point, been held privately by the Royal Collection in the vaults of the British Film Institute.

As you might have surmised from the documentary’s title, those previously unseen home movies will see the Queen taking centre stage. Even though the monarch has had every moment of her public life closely documented from infancy, the new documentary will look to tell “the real story” of the Queen’s life as we’ve never seen before.

Described as a“a visually rich and immersive film of unparalleled historical record”, the documentary won’t be told from an outsider’s perspective, either. Alongside the BBC’s untethered access to personal footage, the film will also be told through the Queen’s own eyes and with her own voice and words, so you can be sure that we’re getting the real version of events straight from the source itself.

Elizabeth: The Unseen Queen: a 20-year-old Princess Elizabeth enjoying a visit to South Africa in 1947 from the forthcoming BBC documentary

If you’ve been following the news recently, you might also have seen that Queen Elizabeth II has just become the third-longest reigning monarch in world history a the age of 96. In the new documentary, however, we’ll be winding back the clock to see the monarch’s journey from earliest childhood, from being pushed in a pram as a baby by her mother to her coronation at the age of 27 in 1953, following the death of her father George VI in 1952.

In footage shot by the Queen, her parents, Prince Philip and others, the documentary will take viewers “behind the scenes of the Queen’s upbringing and reveals the warmth of her relationship with her parents,” according to a statement from the BBC.

“It captures the first extended visit of Prince Philip to Balmoral in 1946 while the couple’s engagement was still not public – a beaming Princess Elizabeth showing the camera her engagement ring.

“It shows Princess Elizabeth as a young mother, with The King and Queen as fond grandparents to Prince Charles and Princess Anne.

“Other rare moments include her grandfather George V (known to the Queen as ‘Grandpa England’) sailing with The Queen Mother off the Isle of Wight in 1931, footage of Princess Elizabeth with her uncle Prince George, The Duke of Kent, who tragically died in a plane crash in 1942 while on active service – and a poignant glimpse of the royal family at Balmoral in 1951, the King’s last visit there.”

Elizabeth: The Unseen Queen: a Princess Elizabeth shows off her new engagement ring soon after Prince Philip’s marriage proposal at Balmoral in 1946 taken from the upcoming BBC documentary

“We are honoured that the Queen has entrusted the BBC with such unprecedented access to her personal film collection,” said the BBC’s commissioning editor for history, Simon Young. “This documentary is an extraordinary glimpse into a deeply personal side of the royal family that is rarely seen, and it’s wonderful to be able to share it with the nation as we mark her Platinum Jubilee.”

“As programme-makers who have previously worked closely with the Royal Household on ceremonial and celebratory broadcast events and programmes, the production team were under no illusion quite how special having access to this very personal archive was,” added creative director for BBC Studios Events Productions, Claire Popplewell. “Being able to draw upon the self-recorded history of a young Princess Elizabeth and her wider family – and allowing the Queen to tell us her own story – is the very heart of this film.”

Elizabeth: The Unseen Queen will debut on BBC One and BBC iPlayer on Sunday 29 May 2022.